A rollercoaster of violence and depravity in the shiny world of Hollywood. 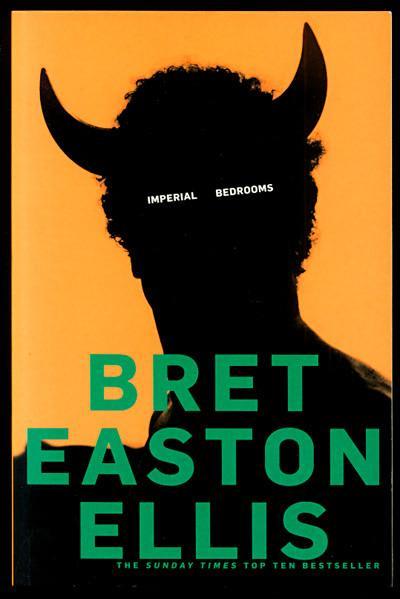 "Could she locate the moment she went dead inside? Does she remember the year it took to become that way? The fades, the dissolves, the rewritten scenes, all the things you wipe away - I now want to explain these things to her but I know I never will, the most important one being: I never liked anyone and I'm afraid of people" (p. 178)

As a sociologist I always had a special interest in the phenomenon of deviance, a reality that was always present in social structure since time immemorial. The aberration from the norm fascinated my young mind and I found myself wondering about the motivation that lurks behind crime or any major or minor offense. As I was introduced in the magical world of literature, I quickly discovered a specific type of fiction labelled as "transgressive" by the critics which features protagonists who exhibit an abnormal behavior, either due to mental illness or because of traumatic events that marked their past and turned them to perpetrators of abominable crimes. This literary tradition originates from the novels by authors such as Georges Batailles, who according to the French philosopher Michel Foucault delivered the prototype of the genre in his controversial Story of the Eye, William S. Burroughs, Charles Bukowski, and Vladimir Nabokov who set the foundations of transgressive fiction and paved the way for the subsequent representatives by establishing a radical, dim perspective of human nature, one that doesn't shy away from the vices and debauchery that lie inside the heart of modern man , themes that the majority of fiction writers tended to avoid in their work theretofore. Today, the popularity of writers such as Chuck Palahniuk, Irvine Welsh, and Martin Amis proves that the readership is keen on unveiling the dark side of human nature, rejecting the lightness of stories lacking plausibility and tending to promote various forms of idealization regarding human action.

Bret Easton Ellis, a member of the so-called "literary Brat Pack" along with Tama Janowitz, Jay McInerney, and Jill Eisenstadt, is one of the most notable contemporary exponents of transgressive fiction and he is globally known for his most distinguished novel so far, American Psycho, which was adapted into a thrilling motion picture by the Canadian filmmaker Mary Harron and starring Christian Bale in one of the roles that settled his reputation as one of the most adroit American actors of his generation. Bale played Patrick Bateman, a psychopathic yuppie moonlighting as a serial-killer, with a cold menace, creating a terrifying character that struggles to find the balance between his two lives. American Psycho was hailed by the critics as a spectacular examination of human depravity and a social commentary on the ruthlessness of the capitalist system and its degrading effects to the people as they strive to survive inside a system of cruel antagonism where the winner is everything and the loser is nothing. Easton Ellis gained a certain notoriety, especially after the immense popularity of the film adaptation, and he was described by many as a moralist who enjoys evoking the amoral in his work and through his characters. As he has repeatedly stated he is not an author who values the complicated mechanism of intricate plotting, but rather relies on the mood which is manifested in his minimalist writing style where context dictates meaning and the prose is stripped off any kind of emotion.

Imperial Bedrooms is the sequel to Ellis' debut bestselling novel Less Than Zero which was published in 1985 and has been also transferred to the cinema screen in the titular film directed by Marek Kanievska. In his first novel, Ellis exhibited his tendency to harshly criticize the new generation who seems to be lost in a frenzy fueled by drugs and criminality, devoid of a moral compass that would direct their actions and provide a concrete meaning to their lives. The characters are all members of a privileged elite and through the course of the novel, the author draws a bleak portrait of their lifestyle. The protagonists are heroin addicts, street hustlers, drug dealers and so on, while their relationships always hang in the balance as they lack solid foundation. In the Imperial Bedrooms we meet again these characters 25 years later as they have hit middle age and lead disillusioned lives, surrendered to their weaknesses and evil desires. Clay, who is the sole first-person narrator in both the prequel and the sequel, Blair, Julian, Trent, Daniel, and Rip meet again a quarter of a century older, but despite their aging it seems that their attitude towards life remains irresponsible, lacking decent orientation and spent on derelict actions that only become worse as time passes. There are many reviewers who claim that Ellis' characters resist growth and they are condemned to be nothing more than raging sociopaths, manipulating and exploiting those around them for their own benefit.

Ellis begins the novel using a narrative ploy that for a moment confuses the reader. Clay begins his narration with these sentences: "They had made a movie about us. The movie was based on a book written by someone we knew". Thus, the author seemingly alludes that the Clay of Less Than Zero and the Clay of Imperial Bedrooms are two separate individuals, the latter being the real version of the character while the former is by implication nothing more than an impostor. Furthermore this trick provides Ellis with a chance to compare the film to the novel, something that he does in a rather explicit manner: "The movie was very different from the book in that there was nothing from the book in the movie (...) The book was blunt and had an honesty about it, whereas the movie was just a beautiful lie". He further extends his critique on the movie by listing a number of differences in the story as depicted on screen, for example the death of Clay's friend Julian who in the novel remains alive. Nevertheless he finds a justification for the creators of the film and points out a major discrepancy between the literary and the cinematic truth. He writes: "(Julian) had to be punished for all of his sins. That's what the movie demanded. (Later, as a screenwriter, I learned it's what all movies demanded". There are many critics who think that Clay is Ellis' alter-ego and this notion was reinforced by the American author's own description of this novel as an "autobiographical noir [written] during a midlife crisis". However, when he was asked about that face to face by a journalist, he said that he was not sure if he identified with his protagonist and that uncertainty didn't subside in the process of writing the book.

The story begins with Clay, who is now a successful screenwriter, returning to Los Angels after spending a few months in New York in order to assist the casting for his new movie The Listeners. His return to the city leads to his reconnection with the acquaintances of the past, all involved in the film industry and showbusiness. Clay will meet the femme fatale of the story, a young starlet, Rain Turner, who aspires to be a movie star despite her complete lack of acting talent. Clay will lure Rain to his bed by leading her to believe that he will help her get the part in his movie and they soon become romantically entangled. This behavior is typical of Clay who is a master manipulator and knows how to exploit ambitious people who like to think that they stand a chance in the callous Hollywood environment. Nevertheless, as he gets to know Rain better, he gets more and more obsessed with her and when he suspects that she might have a few secrets of her own, Clay will be drawn into a vortex that entails many of his former friends who all play their part in the story. The measured development of the story culminates in an explosion of violence in the final act and you should beware that some of the descriptions will be hard to swallow even for the most seasoned fans of torture porn and gore.

Los Angeles is depicted as a voracious monster who feeds on people's dreams that are doomed to be crushed under the boot of a cruel system that values surface above everything else. In page 51 we read: "And it doesn't matter if any intelligence actually exists because it's really about the look, the idea of a girl like this, the promise of sex. It's all about the lure". It is within this context that Ellis' characters act and their overall demeanor shows that they are completely surrendered to the tyranny of image and the chase of fleeting pleasure that leaves them thirsty for more and all the more ready to do anything in order to achieve it. Clay is the typical example of the deceitful, backstabbing little man who respects nothing and will stop of nothing that gets in his way to the promise land of cheap hedonism. The other protagonists are all despicable in their own ways and there is not a single redeeming character in this novel. The ending is shocking as we realize that the narrator is a severely disturbed individual and forces us to return and re-read the story under the new light of what we have learned. In many ways, Clay is comparable as a personality to Patrick Bateman of American Psycho and the readers who are familiar with this book will detect many similarities in their inhuman mentality. They are both narcissists, exhibit acute symptoms of paranoia, and they are the definition of exploitative personalities.

Imperial Bedrooms is a short read, 180 pages in total, nevertheless it is not an easy one as it requires a strong stomach and a tolerance for the description of extreme acts of violence. It is not a book that I would recommend to everybody as each reader who starts reading should know in advance what to expect. The final 20 pages were really hard to read and I had to stop for a few moments in order to interrupt the chain of horrid images that danced in my mind's eye. I believe that it would prove to be a good fit for those readers who acknowledge the need for the use of hyperbole by an author who wishes to expose social ills. It is not violence for the sake of it, but rather a means to an end aiming to reveal a deeply hidden truth about human nature and the evil inside us which can be at all times break forth and destroy those around us. I would give this one a 3,5/5 stars and I think that it's a better book than its prequel in nearly every aspect.