Paolo Sorrentino is one of the most important contemporary European auteurs who exhibited his remarkable directing skills in the superb The Consequences of Love (2004), starring Toni Servillo as a reluctant mafia accountant who dares to fall in love and finally gets punished for it. Four years later, Sorrentino and Servillo worked together again in an ambitious project intending to illuminate the enigmatic and obscure personality of a man who remains one of the most controversial personas in Italian political life, Giulio Andreotti.

Andreotti served as Prime Minister of Italy (1972-1973, 1976-79 and 1989-92) and he is the second longest-serving post-war Prime Minister, after Silvio Berlusconi. He was also the leader of one of the country's most popular and dominant parties, the Christian Democracy which reigned Italy for about fifty years after the ending of World War II. Sorrentino is a brilliant as well as unorthodox helmer and in this movie, he chooses a rather non-traditional narrative approach that attempts to cover a wide time-span during which Andreotti played a dominant role in the Italian public life. Thus, the story doesn't progress linearly but adopts a rather fragmented character as we see the protagonist in a variety of social encounters, private as well as public. In that way, Sorrentino effectively avoids imposing his view on Andreotti's persona to the audience and evades the convenience of giving definite answers and presenting prejudiced conclusions on the film's subject. Andreotti was accused of being a mafia affiliate and the case went into a trial, resulting in his final acquitment on 23 October 1999. Sorrentino doesn't offer any answer as to whether the accusation held any ground and it is left to the viewer alone to decide what was true or not.

Furthermore, we -as the audience- watch Toni Servillo delivering a golden performance, perhaps the best of his career so far, portraying Andreotti as a laconic, almost cryptic personality who hides under a vast number of layers his true character. It should be noted that Andreotti was a man who has a thousand nicknames such as "The Sphinx" ("La Sfinge"), "Hunchback" ("Il Gobbo"), "The Fox" ("La Volpe") and of course the titular "Divus Julius" ("Divo Giulio"). Servillo uses kinesics and body language in a way that should be set as an example for all aspiring thespians around the world and succeeds in adopting Andreotti's body posture and above all his inscrutable, almost deadpan, facial expressions.

The only problem with Il Divo is that it is difficult for non-Italians to keep track of the number of characters being introduced especially in the first part of the movie. Moreover, non-Italian audiences ignore some of the key socio-political events that shaped the country's political reality like the terrorism of the Red Brigades (Brigate Rosse), the kidnapping and subsequent brutal murder of the two-times Prime Minister, Aldo Moro, the "Tangentopoli," or "Bribesville", scandal that signaled the end for the majority of the, until then, most prominent political figures of Italy and many others. Sorrentino tries to tackle this issue by presenting an "Italian Glossary" at the beginning of the film where there is a brief description of the above incidents presented which acts as a useful guide to the uninformed viewer. Nevertheless, there is a sense of missing something of the film's substance lingering in the end.

I believe that Paolo Sorrentino and Toni Servillo form an extraordinary duo, one that promises more great films like Il Divo in the -near- future and all cinephiles around the globe cannot wait for similar productions. 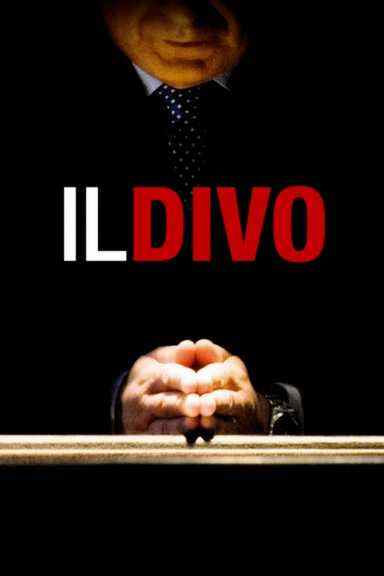