One of the best European crime films of the last decade.

Headhunters is a film based on the titular novel, written by Norwegian super-star crime writer, Jo Nesbo. I am a huge fan of his and I've devoured all of his novels from the Harry Hole series to the latest Shakespearean adaptation, Macbeth. I think that Headhunters was certainly not among his best work but this film was just brilliant. It is a fast-paced crime/thriller, directed by Morten Tyldum and starring one of the most popular and talented Scandinavian actors, the Norwegian Aksel Hennie.

Hennie's performance as Roger Brown, recruiter (or headhunter) for a big Oslo firm, is exceptional and Nikolaj Coster-Waldau is equally impressive in his role as Clas Greve, a charming executive who is keen on Roger's wife, Diana (Synnøve Macody Lund). The plot is very tightly woven and the directing is masterful as there is not a single scene in the film that seems irrelevant or out of place. I would even claim that Headhunters is a movie that proves that sometimes a film adaptation can be more satisfying than the source, the book. Hollywood producers and directors should watch this to see how one can shoot an excellent film without huge amounts of money and resources, relying on a meticulously crafted script and gifted actors. I can't recommend this movie enough and if you still haven't watched it, do yourselves a favor and watch it as soon as possible. 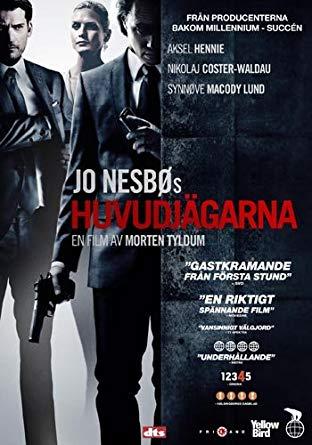