Sally Wainwright's Happy Valley is a 6-part English crime drama featuring a stark protagonist, Catherine Cawood, a police officer in West Yorkshire who struggles with both personal and professional issues as she has to deal with a complicated kidnapping case. Sarah Lancashire portrays Catherine as a bold, fierce woman who is not afraid to risk her own well-being if that means that a dangerous criminal will be removed from the streets of her hometown. Her performance is riveting and constitutes the number one reason to watch this show, nevertheless, there are more merits to this production such as the tightly woven script and the even pacing that allows the story to unfold in a measured manner. The series aired two seasons that are inextricably linked between them and you will have to watch the two cycles in order to be able to grasp the complexity of the various subplots. There is a common thread permeating the two seasons and it has to do mainly with Catherine's battle against the man who ruined her daughter's life, Tommy. The story is tense and as the plot moves forward, the audience learns more about the main characters and their personal history that shaped them into being who they are today.

Catherine is living along with her grandson, son of her daughter, Rebecca, who committed suicide nine years ago. The person responsible for her tragic fate is Tommy Lee Royce, a sinister thug who is released from custody after serving eight years for drug offenses. Tommy's involvement in the abduction case forces Catherine to once again confront the person who raped her daughter and seek redemption for her own guilt and grief over Rebecca's death. Furthermore, Catherine has to tend to her alcoholic, heroin-addicted sister, Clare (Siobhan Finneran), and her grandson, Ryan, Tommy and Rebecca's offspring. The relationship between the two sisters is not harmonious and in the second season, we witness the ramifications of Clare's relapse to substance and alcohol abuse. Catherine often feels failed and inadequate as grandmother and sister respectively, while at the same time trying to remain as vigilant as possible in order to be able to fulfill her duties as a police officer. She is a highly humane and relatable protagonist without being overly eccentric and her behavior is dictated by reasonable decisions and firm principles.

The story begins with Kevin, a timid family man, asking for a pay rise from his boss, Nevison who flatly denies and dismisses Kevin in a rather rude way. Kevin is furious as he needs the money for his daughters' education and decides to do something that will seal his fate for the rest of his life. He contacts some local criminals and arranges for Nevison's daughter, Ann (Charlie Murphy), to be kidnapped in order to collect the ransom money. Nevertheless, the next day Nevison tells Kevin that he changed his mind and that he will himself pay for his daughters' tuition fees. Kevin is flabbergasted and immediately tries to call off the plan but the wheels have been already set in motion and Ann is already in the hands of the group of thugs that he hired. Things will take a turn for the worse when the kidnappers kill one of Catherine's closest colleagues when she gets uncomfortably close to them. As bodies are piling up and the police investigation closes in on the culprits, things will spiral out of control and Ann's life will be threatened.

In the first season, the audience has a chance to become acquainted with the main villain of the show, Tommy (James Norton), a violent individual whose repulsive actions deem him one of the most abhorred characters in the history of the genre. Tommy's vileness is juxtaposed with Catherine's inherent kindness of heart and makes their strife compelling enough to watch. Their final showdown is worth the wait and the final episode of the first season is also the best in the series. Nevertheless, the creator of the show attempts to shine a light on a more gentle aspect of Tommy's nature as he is struggling to establish communication with his son, Ryan. Their interactions offer some glimpses into Tommy's disturbed mind and make the character seem a bit more human to the audience. In the second season though, Tommy returns to his old manipulative ego and seeks revenge from Catherine who had put him, once again, behind bars.

There is a Fargo-like atmosphere pervading this production in terms of the main storyline and both the primary and secondary characters are well-outlined and convincing. I liked the first season more as it features a more absorbing plot than the second one and I found the character development to be more interesting. The performances by all the actors are top-notch and the dialogue is plausible and life-like. This is a show that will appeal to the fans of the classical English police procedural tradition as well as to those who enjoy the work of the Coen brothers and the American Neo-noir representatives. The mystery aspect is overshadowed by the realistic portrayal of Catherine's everyday struggle and there is no whodunit element in the story as the audience knows from the beginning who is responsible for the crimes depicted on screen. Happy Valley makes you wonder what is the reason that the producers chose not to renew the series for more seasons as it is one of the most exemplary English television exports of the genre. It would also be great if we had the chance to watch a spin-off production featuring the same protagonist dealing with more sordid cases. Let's wait and see. 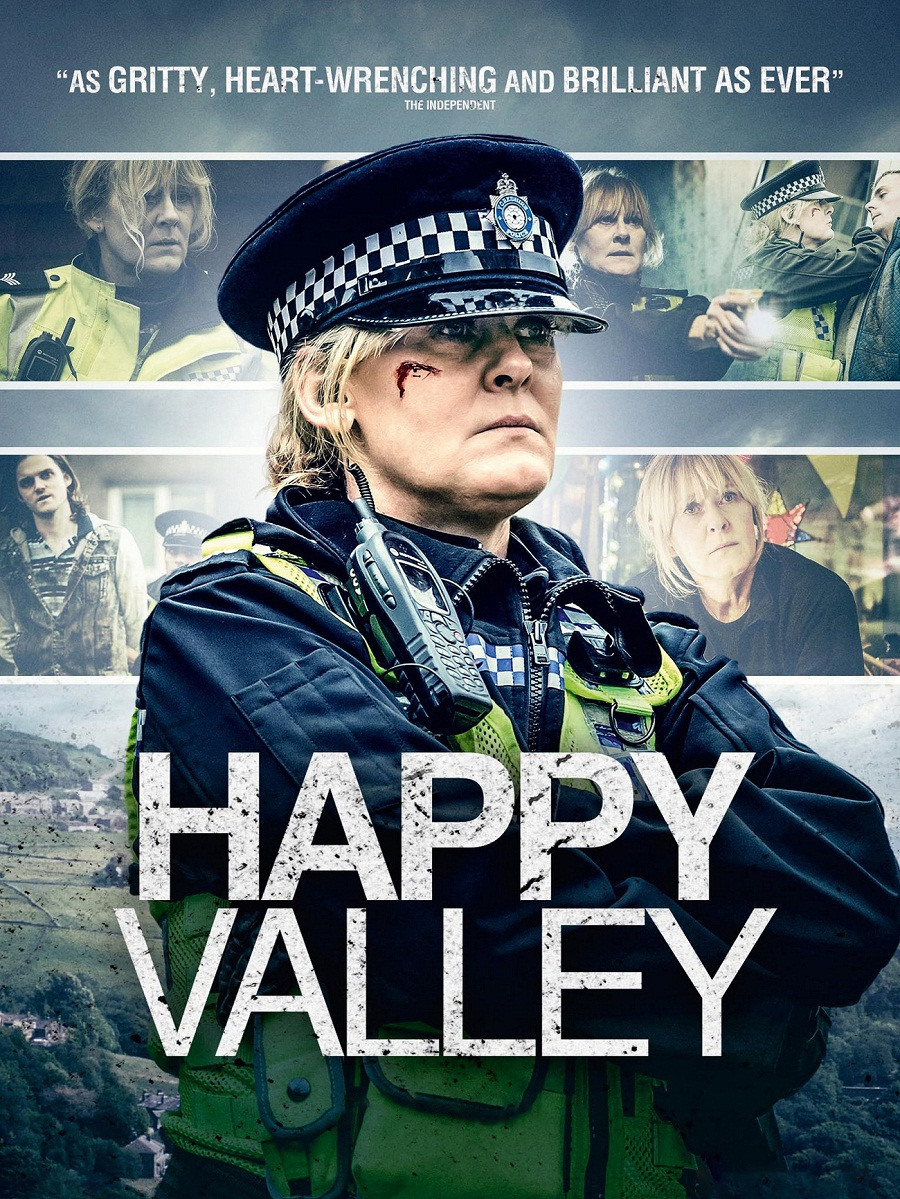