A futuristic spy-thriller created by a Swedish/Danish collaboration.

Greyzone (original title: Gråzon) is a Swedish/Danish collaboration, one that gave us the iconic Bron/Broen TV series in the recent past, and features an intriguing espionage-thriller type storyline which unravels in the ten episodes of Season 1. The companies C More (Sweden) and TV2 (Denmark) were among the distributors of the show which casts popular actors from both countries such as Birgitte Hjort Sørensen (Borgen, 3 Things), Tova Magnusson (Bron/Broen, The Stockholm Syndrome), Ardalan Esmaili (The Charmer, Domino), Christopher Wollter (Quicksand, Modus), and many others. The show was written by four screenwriters whose cooperation created a fast-moving plot, but also developed characters with whom the audience identifies and cares about, especially for the two protagonists, Victoria and Iyad.

Victoria is a high-ranking employer in a company called SparrowTech and her work is to create drones for various uses. When she gives a lecture in Germany on SparrowTech's new model drone, Victoria will meet again a former acquaintance from her university years in Lund, a town in the Northernmost parts of Sweden. The person she meets is Iyad, a Syrian refugee in Sweden, who came to the country when he was ten years old to escape from the war in his home country. Iyad will soon prove to be not who and what he claims to be and Victoria will become his hostage, under a threat against her family and more specifically against her 6-year-old son, Oskar. Victoria will be forced to spy on her own company and steal important information and devices from it, thus betraying all her colleagues and friends.

The pacing at which the plot's unfolding is fast and the show builds suspense on an episode basis as in each one Victoria is called to complete a mission, most usually having to do with stealing stuff from her work. While we witness what is happening with Victoria and Iyad, we also watch the attempts made by both the Swedish (Säpo) and Danish (PET) secret services to learn more about the imminent terrorist attack and prevent it from happening. The audience observes the evolution of the relationship between the two protagonists which while it begins as a cliche perpetrator-hostage exchange, gradually begins to develop and evolve to something that makes the two characters to come closer and know each other better. This part, the character-oriented, of Greyzone is also what makes the show stand out from all the similar Scandinavian crime TV shows that are being produced at full-speed nowadays. Both actors, Birgitte Hjort Sørensen and Ardalan Esmaili succeed in giving an honest and truthful performance that makes the two protagonists seem like three-dimensional human beings rather than cardboard characters. As we watch Victoria and Iyad treating each other with more and more respect we also begin to understand what will happen in the finale of the show which, though appropriate in terms of storyline, is kind of anti-climactic and foreseeable, thus leaving the audience somehow disappointed.

I think that I read somewhere on the Web that a second season is developing and will air in the following year. It would be interesting to see if there is more to the story and main characters. There are many loose ends left in the ending, all of them having to do with the characters' personal sub-plots, though none concerning the story per se. In the end, we have all the answers we need as the audience and this is a major accomplishment for the show's creators. Personally, I would like to see what happens next, so I will be watching the first episodes of Season 2 whenever they will be released.

You can find the first season of the show on Amazon.com: https://www.amazon.com/gp/prod... 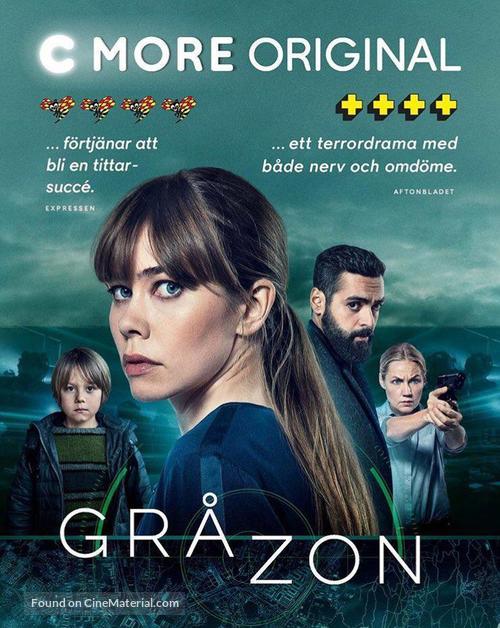