Another success by M. Robotham. 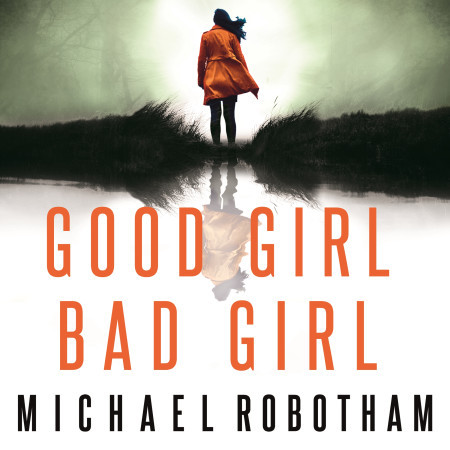 This was an easy, quick read by the Australian ex-journalist and crime fiction author, Michael Robotham. As I was reading Good Girl, Bad Girl, I thought that the plot would offer something innovative to the saturated genre but, unfortunately, an uninspired finale ruined the overall positive experience of this novel. Even though the prose is free-flowing and fluid -I highlighted many paragraphs in my Kindle device- the problem lies in the storyline and more specifically in its conclusion.

The story revolves around a murder of a young teenage girl, Jodie, in Nottingham and the story's two main protagonists are Cyrus Haven, a criminal psychologist helping with the police investigation and Evie, an adolescent carrying a dark past and many secrets. Evie has a kind of supernatural power that allows her to be able to tell if another person is lying. She is a human lie detector machine who's never wide of the mark in her judgment. Cyrus, who becomes Evie's legal guardian, will attempt to use this special ability to learn the truth about Jodie's homicide.

The story is narrated by Cyrus' and Evie's points of view, something that gives Good Girl, Bad Girl a fast tempo while it offers the reader the chance to examine the thought process of two damaged, in their particular ways, people who have to live fighting their memories from a distant but never forgotten past. I enjoyed those two characters and I found Evie to be well-drawn and three-dimensional, something that is not self-evident for the majority of the genre's works. Perhaps there will be some kind of follow-up as I believe that Robotham created the characters having in mind a new book series or something along those lines.

It should be noted that Michael Robotham is only the second Australian author, the first one was Peter Temple in 2007 for The Broken Shore, to win the British Crime Writers' Association Gold Dagger for the best crime novel of the year with his novel Life or Death (2014). He was also awarded other prestigious awards as the Australian Ned Kelly Award for Best Novel while he was a finalist for both Edgar and Barry Awards.

I would like to thank Netgalley and the publisher for providing a free ARC of this title.