A decent police procedural, but nothing more. 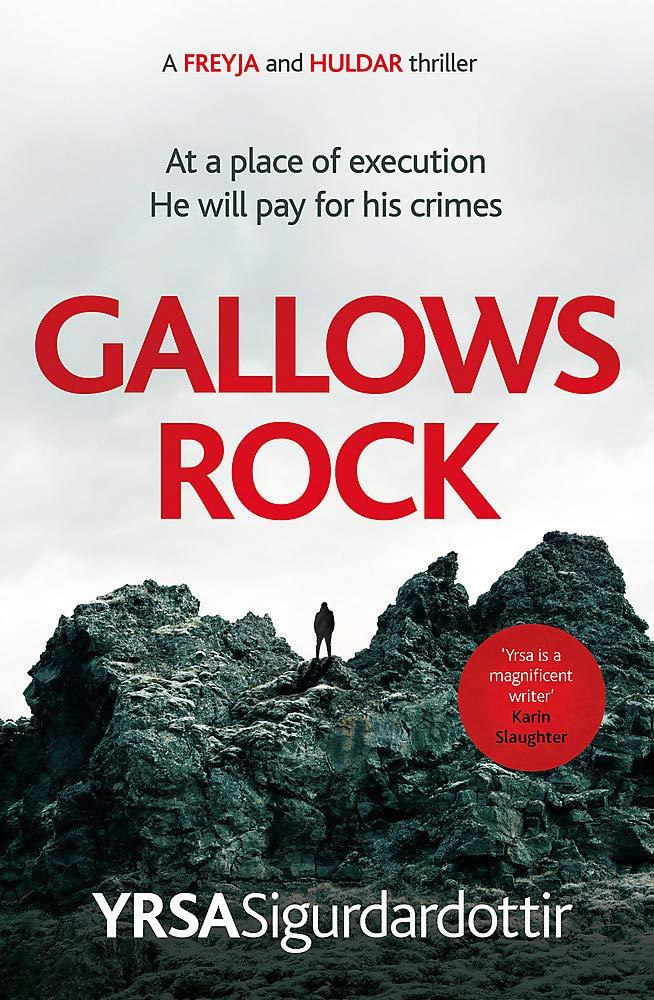 This is the fourth installment in the Freya and Huldar book series, authored by the superb Icelandic crime/horror fiction guru, Yrsa Sigurðardóttir. Sigurðardóttir is the writer of the legendary Thóra Gudmundsdóttir series (6 books in total) and several standalone horror/thriller, the most prominent being her masterpiece I Remember You, a ghost story narrated by multiple perspectives. I am one of her most ardent fans and I consider her to be a shining diamond in contemporary Nordic crime fiction, though I have to admit that the Huldar and Freya series doesn't meet my expectations so far. I enjoyed the first book, titled Legacy, but after that all the three books that followed left me with a bitter taste in the end, mainly because of the lack of the author's trademark characteristics like the horror dimension found in her previous novels, the supernatural implications, and the quirky main and secondary characters. Unfortunately, Gallows Rock proves to be another bland addition to this new series as the story and the plot are strictly within the limits of the classic police procedural novels that are bulging the crime fiction bookshelves in our time. Even the two previous installments, titled The Reckoning and The Absolution, were more or less reminiscent of the writer's prose and narrative style as well as similar in terms of plotline. But in this one, Yrsa cuts any ties with her past work and delivers a story that follows closely the police investigation of a brutal murder by hanging in the lava fields outside Reykjavik, in a place called the Gallows Rock.

The murdered man, Helgi, is found with a note nailed in his chest, and the homicide unit of Reykjavik police is immediately drawn to the case. Furthermore, there are obstacles of political nature in the investigation as the crime scene is directly opposite of the Prime Minister's residence where he is scheduled to meet a Chinese delegation in an official capacity. When a little kid is found in the dead man's apartment and he seems severely disoriented and unable to answer some elemental and essential questions made by the police officers, the child psychologist, Freya, who works in the Children's House is called to help unlock the boy's mind and offer them vital information both about his unexplained presence in Helgi's house and possibly about the murder itself. Huldar and Freya share a rather embarrassing erotic past that both struggle to forget, so their relationship seems always to be a bit strained. Nevertheless, it is Huldar who is the main, almost the sole, protagonist in Gallows Rock as Freya's role is reduced to an intervention at the beginning of the investigation when she interrogates the little boy, hoping to extract more information from him than the police. Apart from that, we don't see her much in the second part of the novel where the narrative shifts between two different perspectives: that of Huldar's and that of Helgi's group of friends that seem to have many secrets of their own that are linked to Helgi's fate.

The plot involves some themes that can be found in a vast number of today's Scandinavian crime fiction such as internet pornography and harassment, sexual assault, and the inadequacy of the authorities to deal with these subjects and inflict harsh punishment to the perpetrators of such crimes. There is, I guess, a whodunit element in the story but I found it to be so obvious that the ending felt like a major letdown. I will keep reading the next books in the Huldar and Freya series, though hoping that Yrsa will remember the good old days of her writing and convey to the readers a novel similar to those of her early years as a thriller/horror writer.