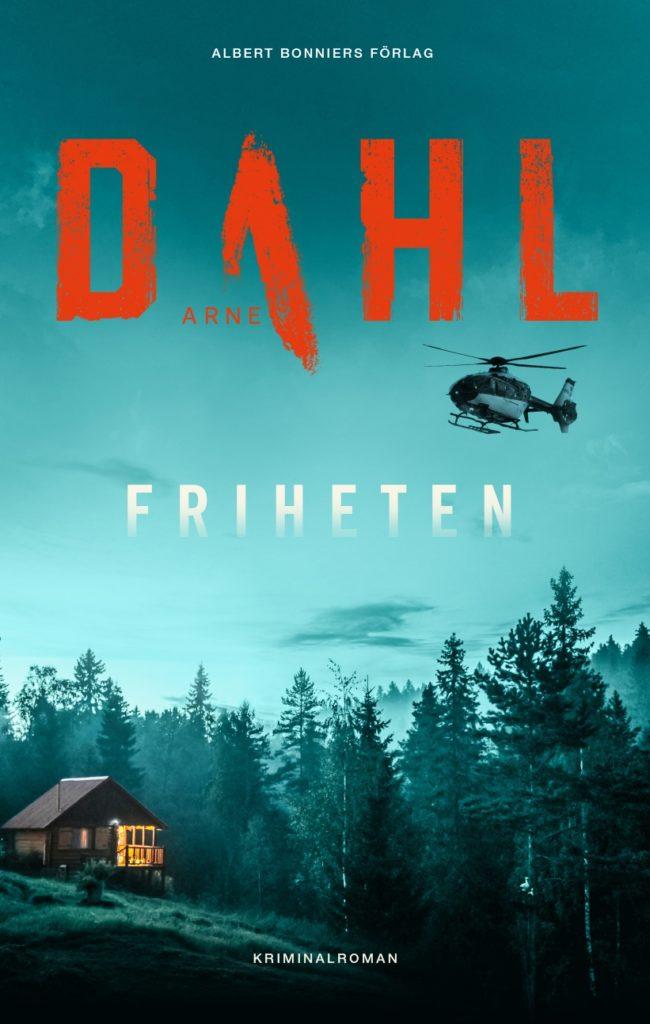 The fourth installment in the Berger & Blom series, Friheten is a delightful crime/thriller written by one of the giants of the genre, the renowned Arne Dahl whose magical prose enchants and transports the reader into the most innermost depths of the characters' souls. Due to the lack of an English translation, I read the book in the Greek edition (title: Τέσσερα δια Τέσσερα) and I had once again to admire the accurate rendition by Grigoris Kondylis who meticulously interprets the original text in such a manner that captures the very essence of Dahl's complex writing style. Readers who are familiar with the Swedish author's previous work will be able to trace all the trademark characteristics of his composition as depicted on page such as the extensive references to classical literary texts or ancient Norse mythology, the haunting outlining of the protagonists' inner thought process, and the masterful weaving of a dazzling plot which unfolds in a measured, calculated tempo that accelerates in the second part of the novel. All the above are wrapped into a shiny package of immense literary value and the final result is a book that you are bound to never forget.

Sam Berger and Molly Blom form a rather particular duo and their complicated relationship is one of the novel's main themes. Sam is no longer working for the police and now he moonlights as a private eye, dealing with tedious cases of insurance fraud. He hasn't been in contact with his two sons, the "still point of a turning world", while he hasn't seen Molly for over eight months, the woman who is probably carrying his child in her womb. Sam's loyal friend Diar, visits him in his makeshift office and distressed by his image, suggests that perhaps he should visit a psychotherapist to work out his issues. Diar recommends Sam to a specialist, Rita, a psychologist who has worked miracles with her and other police officers who were scarred by traumas associated with the job. Sam reluctantly agrees to meet Rita and the first sessions seem to work fine for him who finally gets the chance to get things off his chest, thoughts and feelings that tormented him for years. When one of Rita's patients, a Ukrainian girl named Nadia, gets abducted, Sam will accept to take on the case out of sheer gratitude for his psychotherapist and he will soon become entangled in a situation where nothing is what it seems and he realizes that he can't really trust anyone.

Molly is out of the picture in the first part of Friheten and her appearance is perceived as something of a miracle by Sam who gets to hug his daughter for the first time. Both of them will join forces in order to find out what happened to Nadia and who is responsible for the kidnapping. With the clock working against them, they will have to use their collective wits and take advantage of their connections inside the police force to find Nadia alive. As the case evolves, it turns out that it is inextricably linked to Molly's past work as an undercover agent in a restaurant owned by members of the Russian mafia and the theft of 20.000.000 euros, Molly's retirement plan. Molly will be drawn into a vortex of distorted memories and traumatic past events that still haunt her while she will have to face her worst nightmare, a despicable man nicknamed "The Colonel" who is determined to unearth the lost money.

Dahl lets the reader to take some glimpses into Molly's memories through the breathtaking descriptions of her nightmares where her past is reconstructed in an abstract way and the facts are mixed with her own fears and projections. The titular Friheten, the Swedish word for Freedom, becomes a perverted concept in the context of the novel's storyline, one that has nothing to do with the original meaning of the word. On the contrary, it represents oppression, humiliation, and exploitation of human beings by men in power who will do everything in order to impose their dominance on weaker people. There is a strong element of women empowerment involved in the story, in a way reminiscent of Dahl's previous novels such as the sublime Europa Blues where a group of abused women take the matter in their own hands and seek revenge from those who mistreated them. In Friheten, the female characters are all pursuing emancipation and compensation for their past pain and suffering.

It should also be noted that the Swedish author creates one of the most terrifying villains in the history of the genre, a truly vile and loathsome character, Vityenka, who is responsible for some of the most wretched crimes known to man. His depraved persona makes for a fascinating antagonist and forces the reader to keep reading to find out if he is going to be punished or not. The outlining of his character is so plausible and true to life that we feel that we can almost see him in front of our own eyes. Sam, Molly, and Diar will have to do their best in order to trace Vityenka and they will find themselves in harsh predicaments as they get closer to their goal. Sam and Molly's newborn daughter, Myrina, is the only glimmer of hope in this bleak story that takes several twists and turns and puts the protagonists' life in danger several times. The mystery and the suspense is present throughout the novel while the second half is so gripping that it can be read in a single sitting.

In my opinion, Friheten is one of the strongest installments in the Berger & Blom series and it's an unmissable read for all the Scandinavian crime fiction aficionados. Arne Dahl is one of the most prominent contemporary European crime writers and the splendor of his prose is only comparable with the work of the greatest literary writers of our age. There is not a moment of boredom as the text constantly evolves to something different, richer and the story leads the reader to the darkest corners of the human psyche. I am the number one fan of Dahl's body of work and I think that it's a shame that there are not more English translations of his novels. The English speaking readership is bereft of the chance to delve into the fascinating fictitious universe of the Swedish master and that's nothing short of a crime.