QUICK REVIEW: For the Missing by Lina Bengtsdotter 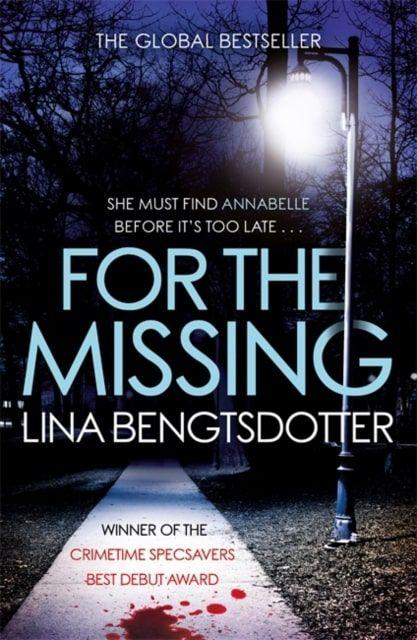 To begin with, I would like to thank NetGalley and the publisher for providing a free ARC of this e-book.

For the Missing is a very promising start of a new Nordic Noir novel series, as it incorporates all the trademark characteristics of the genre both in narrative style and characterization. In her debut novel, Lina Bengtsdotter is faithful to the recipe that the gurus of Scandinavian crime fiction are following, introducing a new protagonist, Charlie Lager who shares many character traits with popular Nordic detectives such as tendency to alcoholism, troubled family history which is slowly revealed to the reader and socialization problems, leading to temporal and meaningless personal relationships.

The storyline is quite common with a teenage girl, Annabelle, being missing for a few days after attending a party in the small Swedish town of Gullspång where Charlie had also been raised by a mentally unstable mother. Charlie's personal story, concerning her family history will mingle with Annabelle's disappearance as it happens in many novels of the genre and in the final pages, the connection between the two will become fully transparent. Though unoriginal, the plot is interesting enough to keep the reader's attention and in the second half of the book, the pace becomes quicker and more suspenseful.

To sum up, For the Missing was a rather enjoyable read which also introduced a new name in the popular Swedish crime fiction scene. The loyal fans of the genre ought to check out this new author and rightfully hope for better books in the near future.