The quest for freedom.

Based on Isaac Wright's Jr. true life story, For Life is a show that blends many distinct genres such as prison drama, legal thriller, and family drama, depicting the battle of an innocent man to survive inside the prison walls and re-open his case in order to overturn his conviction. In reality, Wright Jr. was convicted in 1991 for large-scale sale of cocaine and he was sentenced to life in prison. Nevertheless, in 1997 his conviction was reversed after the presentation of new evidence by him and his lawyer. Wright worked as a paralegal while being incarcerated and helped more than 20 of his fellow inmates to find justice against a corrupt, racially biased system. At the same time, he focused on his own case and helped his lawyer to gather crucial evidence in his defense. In 2020, Wright announced his candidacy for Mayor of New York City but finally received just 0.2% of the vote. For Life is inspired by his true story, though the plot and characters are fictitious.

Nicholas Pinnock (Fortitude, Marcella) plays Aaron Wallace, a nightclub owner who gets a arrested after a raid carried out by the DEA on the premises of his establishment. Six kilos of uncut cocaine are found stashed in a backroom and Aaron is charged as a drug kingpin. His wife, Marie, and his daughter, Jasmine, are dumbfounded and try to support Aaron in any way they can, believing in his innocence. When he is convicted to life imprisonment, Aaron is transferred to New York's Bellmore prison, a tough facility in which gang-related violence is an everyday reality. After becoming accustomed to his new environment, the protagonist realizes that his only chance to get out of this horrible place is to study law and re-examine his own case in order to find weak spots that will convince the judge to order a retrial. During this crusade, Aaron will represent many fellow inmates who have been wronged by the system and especially from the despicable District Attorney Glen Maskins, the man responsible for Aaron's tragic fate.

The first season of the show features 13 episodes and in the course of it the audience follows Aaron's quest to find redemption and get his revenge from the people who put him behind bars. At the same time, we witness the turbulent reality in Bellmore penitentiary that inevitably affects the protagonist's life and state of mind. Aaron will become affiliated to the prison's warden, Safiya Masry, an idealistic young woman who is determined to pass her controversial reforms aiming to establish a softer touch in the correctional system. Safiya and Aaron will cooperate in many cases that involve Bellmore inmates whose cases demand legal assistance. Initially, Aaron is initially perceived apprehensively by the judges and the other legal professionals due to his status as a prisoner, but soon his skills and willingness to help people who have suffered major injustices will build him a solid reputation among his peers.

Overall, Aaron Wallace is a likeable protagonist and the audience roots for his just cause but the rather flat performance by Pinnock detracts from his attraction. Boris McGiver (Boardwalk Empire, House of Cards) is convincing as Aaron's arch-nemesis DA Glen Maskins and Indira Varma (Paranoid, Game of Thrones) is sympathetic and humane as Safiya. It should be noted that Curtis "50 Cent" Jackson, who is also the executive producer of the show, holds a significant role as Cassius Dawkins an over-ambitious inmate who gets transferred to Bellmore from a maximum security facility only to wreak havoc and become the new king inside the walls. Peter Greene is also included in the cast as Wild Bill, an ardent neo-Nazi and leader of the Aryan Brotherhood in Bellmore. His weathered face adds to the plausibility of the character that he embodies and convinces the viewer of his malice.

For Life is a show worthy of your attention because of its high level of intrigue, the mix of prison and courtroom drama, and the occasional splashes of existential self-examination by the protagonist. It's a rather easy watch as each episode unfolds in a fast tempo, leaving no room for redundancy or attrition. The portrayal of life in lockup is realistic and those who enjoy prison dramas will not be disappointed. Moreover, the series are very well-shot and its production values are high. There is also a second season aired in 2021 that picks up the thread from where the finale of the first cycle left it so there is more to the story. You can find this show on Netflix and it is a great opportunity to binge-watch the first 13 episodes in one go. 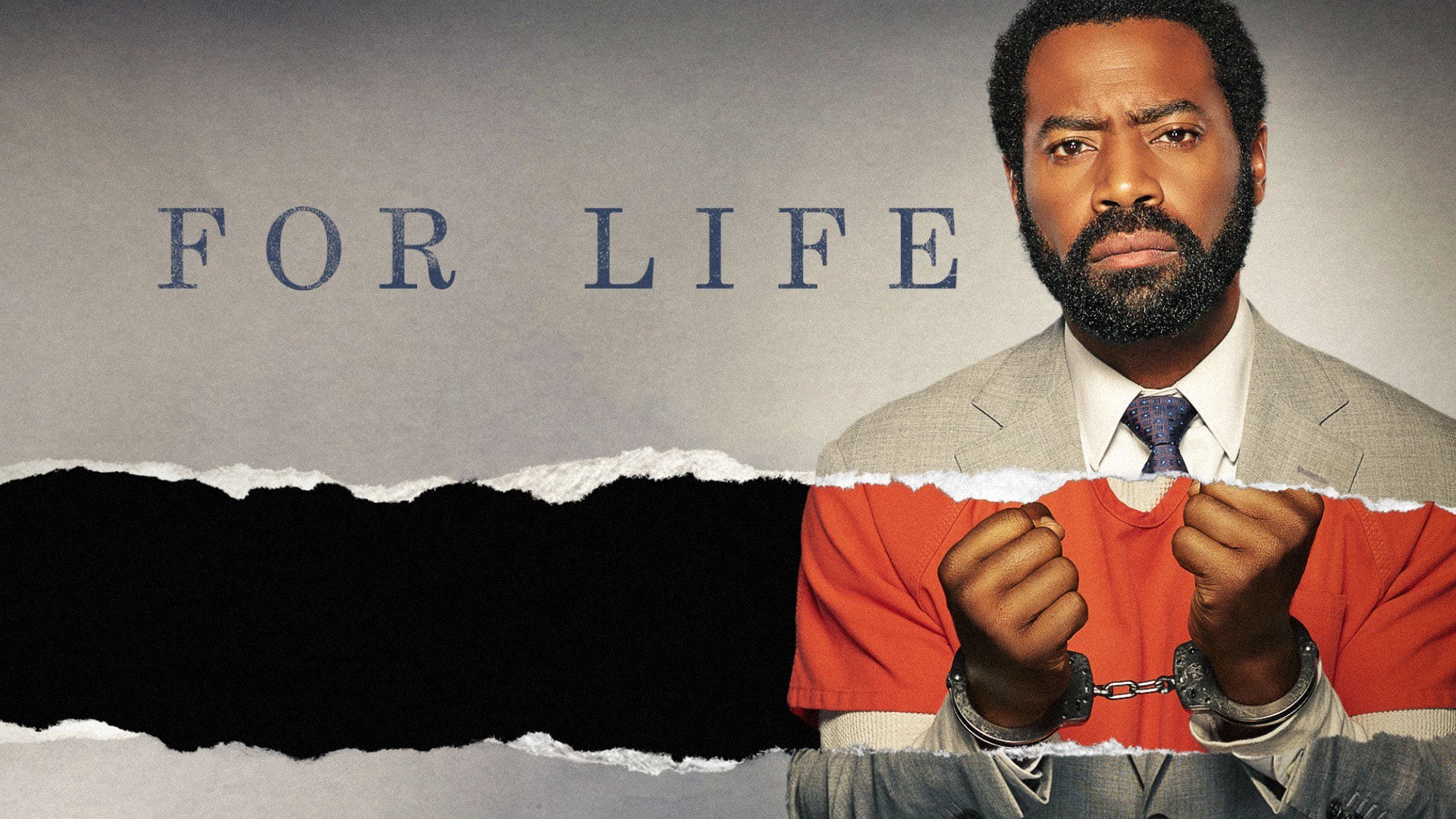