An exercise in writing and style.

Christopher Nolan's directorial debut with a feature-length film, Following clearly illustrated the English auteur's potential and unique perspective in moviemaking that would later establish his name as one of the most respected in the industry. Nolan had only shot three short films until then and the idea for the story was born after his house got burgled and a question began to occupy his mind and stimulate his imagination. How much can a stranger, who breaks forcibly into other people's residences, understand about the character of the proprietors simply by taking a brief glance at their possessions? To address this burning query, Nolan created a stylish neo-noir that rolls smoothly throughout its runtime, featuring an alluring story and a matchless cinematography. The camera is held in hand for the majority of the movie, capturing the aesthetically sound black-and-white images that dominate the screen in the smallest detail.

Nolan, who is also the sole screenwriter of the film, is certainly influenced and inspired by the work of the suspense legend Alfred Hitchcock and the American film-noir tradition of the 1940s and 1950s. The rhythm in which the story unravels, the morally dubious protagonists, the well-placed and plausible twists all bring to mind the timeless classics with which we learned to love the medium as well as the genre. There is much intrigue and backstabbing emanating from the witty plot and the audience gets hooked from the first minutes during which Bill, the main protagonist, explains to a man of authority how his compulsive inclination to stalk strangers began and the way this obsession took a tool on his life, becoming an almost independent, autonomous driving force that commands his overall behavior. It is impressive that despite the confined duration of Following, the viewer is allowed to observe brilliantly outlined characters and witness their development.

Bill's journey from the initial excitement to the final disillusionment is scrupulously depicted through the film's tremendous optics and watertight, sweeping narrative that flows seamlessly and beguiles us with its craft and solidness. The suspense, reminiscent of that of the most popular and iconic oldies by the mystery genre's titans such as Orson Welles, Billy Wilder, and Nicholas Ray, becomes starker as the plot unravels and the audience is bound to make many guesses regarding the final denouement that proves to be the perfect fit for the story, having a staggering effect and leaving the viewer with the best of impressions. It's chiefly about the slippery alliance between Bill, a broke aspiring writer who spends his days following random people in the streets and the arrogant, nefarious Cobb who becomes kind of a mentor of Bill, initiating him to the art of stealing and a half-baked, pseudophilosophy of life that aims to excuse any kind of criminal behavior based on flimsy, simplistic arguments.

The relationship between Bill and Cobb lies in the heart of the story and constitutes the primary narrative vehicle that thrusts the movie forward. In the beginning Bill clings to Cobb who has the upper hand as he obtains critical experience and knowledge on how to commit a perfect burglary, leaving no traces for the police to find. Cobb has a relaxed, nonchalant attitude that makes him all the more charming to Bill who envies his new friend's self-confidence. Bill lacks the necessary orientation and self-esteem to help him set positive goals in his life, so he quickly becomes immersed in this newfound criminal lifestyle and gradually gains points in the hierarchy beginning to take initiative and recommending potential new targets to Cobb. The change in the power dynamics is evident even from the changes that Bill decides to implement concerning his physical appearance. The unkempt, unshaved young bohemian whom we meet in the beginning of the film turns into a slick, well groomed individual who dares to excel himself and find the necessary courage to flirt with a damsel in distress who becomes a major player in the story.

There is a bit of jumping back and forth time as we watch the film unraveling through Bill's narration who is seen in the first scene delineating the beginning of his peculiar addiction and his first meeting with the enigmatic Cobb. Nevertheless, the film doesn't become even for a moment perplexing to the audience as Nolan is using this trope prudently, avoiding the kind of deflects that blemish a large part of the genre's productions. The director doesn't attempt to mislead and confuse the viewer through the overuse of a, more or less, cliched narrative trope but, on the contrary, succeeds in employing it in such a manner that enhances the mystery and the suspense oozing from the Following's core. There is a total absence of cheap tricks, prominent red herrings, or implausible decisions that many characters in other movies take and shatter the credibility of the story. This is a masterly written scenario depicted on screen and as much as I find pleasure in spotting holes or weaknesses in every movie's script, in this case I couldn't even trace a single one.

Due to the fact that this is essentially Nolan's first movie and it was released in 1998, long before he became one of the most renowned contemporary American directors, there is a large part of the audiences around the world who are oblivious to its existence. That's a real shame as in Following, Nolan for the first time displays the traits of a cinematic genius and delivers a film that would be deservedly studied from the next generation of the industry's artists as a prime example on how to make engrossing movies even when the production lacks a sufficient funding. This is a film that had one of the smallest budgets in the history of filmmaking, around 6.000 dollars, thus validating those of us who claim that a good movie is first and foremost rooted on the artistic craftmanship of creators. It's a rather short watch, its runtime doesn't exceed the 70 minutes, and a title that you will very much appreciate. Keep in mind that this is not a typical Nolan movie such as Inception, Interstellar, or Tenet. There are no long-drawn action sequences or glamorous settings as the focus is centered around the dangerous game of duplicity and deception carried out between the protagonists. This is, along with some of the earlier Cohen brothers films, one of the best neo-noirs ever created and it deserves a spot in your mind and heart. 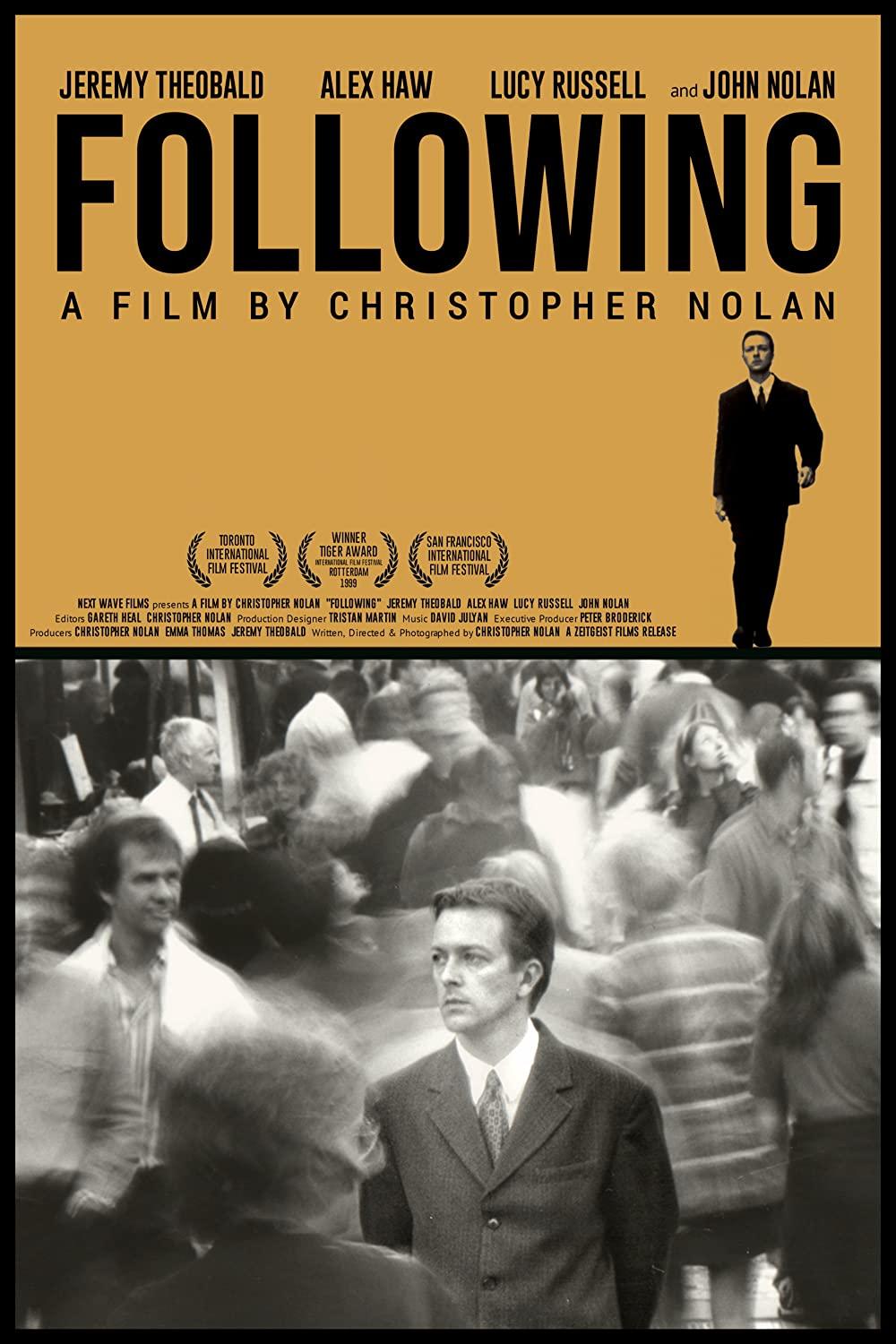