What a ride! The third and final season of the beloved show Follow the Money (original title: Bedrag) is certainly the best of the show and one of the best pieces of Nordic noir television ever. After the superb first and second season that dived into the murky waters of corporate greed and corruption, this one focuses on the hash smuggling business in Copenhagen. The characters that we met in the previous seasons are present but they are radically changed, almost transformed into something else. Alf has transferred from the fraud squad to the newly appointed Task Force Nørrebro which focuses on shutting down the hash trade and is after the city's major kingpins. Alf is a trainwreck after the events of the previous season. He has been shot twice in the stomach by the infamous "Swede" and he faced death in a brutal way. Today he is unable to sleep and he is functioning on a vicious mix of benzos and Ritalin. Nicky has been away in Spain for the last two years and he is back in Denmark but he has distanced himself from both his wife, Lina, and his little son, Milas. He is deep into the hash smuggling trade and he systematically launders the dirty money through a multitude of middlemen. Nicky sells to just everybody, the bikers, the immigrants' gangs in Nørrebro, and others. He is using a juice bar as a front business and he is working along with Lala, a young immigrant who has high ambitions. Nicky is working for a notorious Spanish hash kingpin, Marco, who is notorious for his toughness and resolve. Mads, played in the previous seasons by Thomas Bo Larsen, who was one of the main protagonists in seasons one and two has retired while we learn nothing about the fate of the young financial lawyer, Claudia (Natalie Madueño).

Apart from Nicky and Alf, the third main character in this final season is Anna (Maria Rich), a bank employee who is sick of getting overstepped in her work. In the second episode, e watch as one of Anna's younger, more inexperienced, and less competent colleague gets promoted as a branch manager. This is the last straw for Anna who decides to prove her abilities in another way. She is beginning to launder money through the bank she is working and soon she meets Nicky. A collaboration begins and soon Anna is getting mixed up in a game that will prove dangerous for her and her family. The character of Anna is more compelling than those of both Mads' and Claudia's and the third season is all about the protagonists' desperate attempts to survive in a hostile, lethal environment where nobody can be trusted.

If one wants to talk about character development then the third season of this great show is a shining example of how to do it right. Both Nicky and Alf are the shadows of their former selves and this is evident in both their physical appearance and behavior. Meek and down-to-earth Alf has lost much weight and he is prone to outbursts of anger directed mainly to his colleagues in the police station. His addiction adds to the character's instability and establishes an important plot trope which is explored throughout the season. Nicky has become obsessive about caution and it seems that his sole care in the world is not to get caught by the police. He has adopted a routine which is filled with extreme prudence and even involves the everyday set-up of "traps" in his own house in order to find out if anyone has been inside it while he is out.

A special mention ought to be made about Esben Smed's superb performance as Nicky. Smed is excellent in a quite different role than that of the previous two seasons. He is a broken man as his son, Milas, is now in foster care and his ex-wife is in a psychiatric facility due to clinical depression. In the first few episodes, Nicky denies having a kid and it seems that he has decided to abandon his former life as a husband and father. But, as we can see in Smed's struggling facial expressions, he is far from sure about his decision. He is longing to see his son again and when he does we watch as he seeks the redemption of all the misdeeds he's done in the past. Nicky's arc is one of the most fascinating ever as far as Scandinavian TV crime shows are concerned, and his character one of the most compelling I've ever seen in a show.

This season is completely different in mood and tone than the previous two. The colors are gloomy, with the prominent use of black and red in contrast with the lighter tone of seasons one and two. The storyline involves some really disturbing events that were absent before and the overall mood is borderline depressing. Nevertheless, the audience identifies with all the main characters and is rooting for them, besides their obvious flaws. The ending is the most appropriate for this bleakest of bleak season and its shattering effect stays with the audience for days after watching the final episode.

This season is a must-see, especially for those who prefer their crime TV shows to be realistic and dark. Keep in mind that this is a totally different cycle and you should forget everything you've concluded about the series during the first two seasons. I've never seen such a radical change in the overall feeling and atmosphere in a TV series so far. It was a real treat and definitely the best show I've watched in the last three years. Do yourselves a favor and watch this. Get braced for an unforgettable trip into the gloomiest corners of Copenhagen's underbelly. 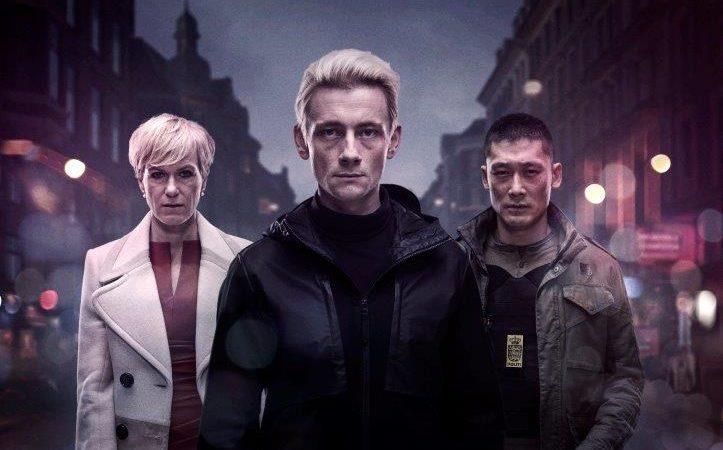