On the top-3 of the recent ''Nordic Noir'' exports.

Follow the Money (original title: Bedrag) is one of Denmark's finest television productions along with Forbrydelsen, Bron/Broen and the other, more than successful, series, connected to the Scandinavian crime fiction invasion of the last decade or so. Both seasons are equally captivating, having a rich and well-crafted plot narrated masterfully by following the lives of the three main characters of the series, Mads (Thomas Bo Larsen) who is a police officer working in the economic -"white collar"- crime section, Claudia (Natalie Madueño) an ambitious lawyer working for big international firms and Nicky (Esben Smed Jensen) a young ex-con who begins to climb the criminal hierarchy.

The first season is focused on a massive non-government organization called "Energreen", the director being the -always- fascinating Nikolaj Lie Kaas, and Mad's unwearying attempts to build a case against it to reveal the scams committed by the head members of the board. The viewer witnesses the evolution of the intricate plot while, at the same time, enjoys the exceptionally well-outlined characters whose actions move the story forward. We have the chance to become familiar with the three protagonists' thoughts and actions and understand their motives and this is supported by the great performances of all three actors, the brightest being Esben Smed's portrayal of Nicky a young hoodlum who is struggling to harmonize the quiet family life with a constantly rising criminal activity. The second season is equally absorbing, starring David Dencik, Sonja Richter and other talented actors, and more emotionally stimulating especially in the ending episodes. Bedrag is a pleasurable and rewarding viewing experience and sets an example for the over-expensive American productions lacking depth and quality. 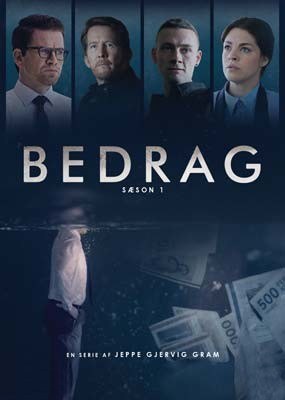