Being one of the most expensive and visually stunning Norwegian television productions in the history of the medium, Wisting returns for its second season consisting of only 4 episodes and based on Jorn Lier Horst's fourteenth installment in the series, titled The Inner Darkness. The first season was completed in 10 episodes divided into two 5-part adaptations of two of the most popular novels in the series and hooked the audiences with its captivating cinematography, realistic portrayal of a police investigation, plausible characters, and intriguing plotlines. It should be noted that Horst was a police officer himself and he possesses a first-hand knowledge of the procedures and backstage machinations of a murder investigation. His professional experience is graphically engraved on the pages of his novels and William Wisting, the lead investigator and protagonist of the saga, is certainly inspired by real-life homicide cops whom he met during his service.

Wisting is a level-headed, cool Inspector who cares about his team of subordinates as it is vividly illustrated in the beginning of the second season when one of his lieutenants dies on the field. He expresses genuine grief over the loss of a trusted colleague and a friend, showing his most sensitive side, the one he tries to keep under wraps when he is on the hunt of murderers. Through methodical, analytical examination of the crime scenes, psychological profiling of the perpetrators and exemplary team work, Wisting always nails the villain in the end. Both in the books and in the show, there is an emphasis on his relationship with his daughter, the journalist Line, who often pesters him for information regarding open cases, something that vexes Wisting. Their respective professions often put them in a collision course and influences their father-daughter bonding. Line often criticizes her father for some of his past choices and there is a fair amount of fighting between them, nevertheless it is evident that they deeply care for one another.

In the first episode of this season we are introduced to the notorious Tom Kerr, a convicted rapist and murderer, who after many years decides to reveal to the authorities the place where he buried his last victim. Kerr, accompanied by several police officers, lead the group to the woods in order to pinpoint the exact spot, but during the hike he manages to escape and critically injure two of Wisting's closest colleagues. A nationwide manhunt is in order and Wisting is determined to arrest Kerr whom he holds responsible for the death of Torun. Nevertheless, the case proves to be more complicated than it initially seemed as Kripos, the Norwegian National Criminal Investigation Service, believe that Kerr has an accomplice, a man who copied his modus operandi and continued to kill long after his idol was put away. They nickname this alleged accomplice as "The Other" and finding his whereabouts soon becomes a priority for the inquiry. The case will test Wisting's intellectual and emotional limits and will once put a strain on his relationship with Line who has to deal with some pressing personal issues.

I only saw the first two episodes and I once again admired the marvelous optics of the show as well as the excellent performances by all the members of the cast. Sven Nordin is the most fitting choice for the role of Wisting as he is an actor who can convincingly portray the multi-layered character of the experienced Inspector without even a hint of hyperbole or extravagance. Every bodily and facial expression is meticulously calibrated and illustrates the terrific work made by the director, Trygve Allister Diesen, who masterfully navigates his cast and extracts the best skills from each one. There are several more significant Norwegian stars framing Nordin such as Mads Ousdal, Odin Waage, and Mads Sjøgård Pettersen who add their brilliant touch, further boosting the quality level of the production. However, Wisting wouldn't be the show we all cherish if it wasn't for the technical crew and the persons responsible for the spellbinding images depicted on screen, the capturing of the essence of the place in which the stories are set and the vivid colors that transport us to the faraway Larvik.

The reason why I only watched the initial two episodes is not that they weren't compelling enough but that I didn't have the necessary time to binge-watch all four in quick succession. The story specifically seems to be the most engaging one since the beginning of the series and I would certainly like to get my hands on the book in order to find differences and similarities. Having read the previous two novels on which the first season was based on, I believe that the creators of the show remained loyal to the original story and that's always a plus especially if the source is as brilliant as Horst's works. Thus, if you are a fan of the books, you should absolutely check out this grandiose production that constitutes one of the most treasured Nordic crime shows ever aired on television. 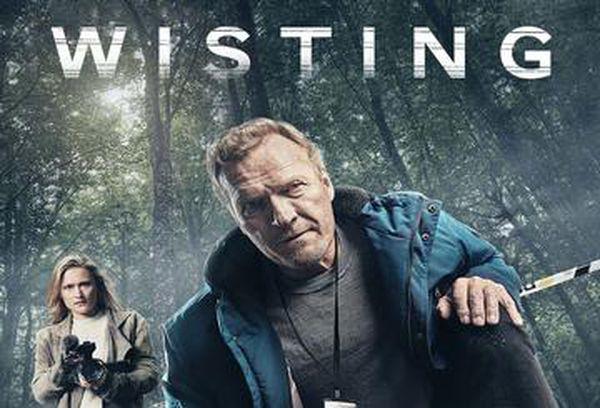