FOREWORD NOTE: This review is based on the first two episodes of Wisting (Season 1), broadcasted by BBC 4 on Saturday, 28 December 2019.

Jørn Lier Horst is one of the most acclaimed contemporary Norwegian crime writers as his "William Wisting" Series has sold more than one million copies in Norway and is translated into more than thirty languages. The author himself has won several prestigious awards such as the Norwegian Booksellers Prize, the Riverton Prize (Golden Revolver), the Scandinavian Glass Key, and the Martin Beck Award. Horst was a senior police officer in the Norwegian Police exactly as his protagonist, the middle-aged father of two, William Wisting, a character who doesn't remind any of the tormented Nordic noir detectives-protagonists who have to fight their demons and redeem themselves. He is a quiet man, struggling with the loss of his wife and his responsibilities as a father to the twins Thomas and Line. Line plays an important role in the series as her parallel investigations into the cases as a journalist for the VG newspaper, often help Wisting to think outside the box and be more effective in his work. Wisting is a meticulous and fierce crime-fighter who wants to close all his cases with the perpetrator brought to justice. The author's experience as a police officer adds to the credibility of the character and offers great insights into the thought process of a real police investigator.

Wisting is the most expensive Norwegian TV shows ever produced, and it shows in its high production values and amazing cinematography that succeeds in showcasing the wild landscape of rural Norway. The setting of the series is the small town of Larvik, located about 65 miles southwest of Oslo, which is known for its natural springs and beauty. The director(s) manages to capture the dark essence of the scenery which adds to the overall atmosphere of the story. The series is divided into two sets of five episodes each. The first is based on Jørn Lier Horst's Caveman, the ninth installment in the series, while the second adapts the storyline of The Hunting Dogs (#8). From what I've seen so far in the first two episodes the show stays close to the original source and the first part of the series is captivating and absorbs the viewer into its gloomy images.

The performances by all actors are top-notch and I can't imagine anyone more suitable to portray Wisting than Sven Nordin (Valkyrien, Sons of Norway). His physical appearance is very close to my imaginative picture of Wisting. There are also some American actors like Carrie-Ann Moss and Richie Cambell playing the FBI agents who are brought to Larvik when an American citizen is found dead. The Larvik Police Department quickly identifies the victim as an American professor living in Norway and soon they conclude that he must be a victim of a ferocious serial-killer, Robert Godwin, who has murdered many young girls in the United States. The interactions between the FBI agents and the local police officers offer some much-needed comic relief from the horrible events of the plot while they also shine a light in many aspects of the Norwegian way of life in a small town. Wisting is one of the most ambitious Scandinavian crime TV shows produced in the last few years and I'm eager to see what lies ahead in the next episodes. It is the absolute must-see for all Nordic noir fans and generally for all those who enjoy atmospheric, moody series set in the exotic Northern landscape.

You can find the first season of Wisting on Amazon.com: https://www.amazon.com/gp/prod... 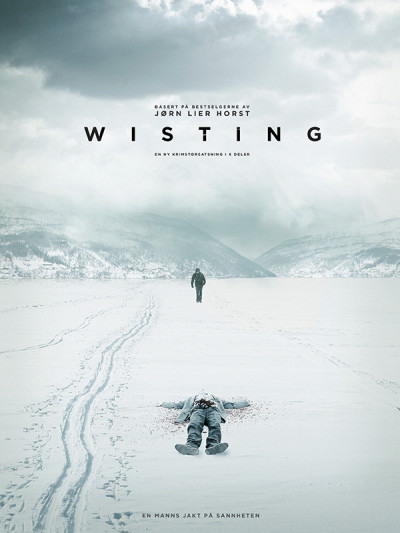