Based on the bestselling, multiple award-winning Chief Inspector Armand Gamache Series by the Toronto-based Canadian crime writer Louise Penny, Three Pines makes its robust entrance in the universe of the genre's ever-expanding television productions, featuring a highly sympathetic protagonist, solid supporting characters, and a central motif concerning the discriminations against the Indigenous population in French Canada. This exceptionally sensitive issue is treated with respect by the creators who tread on thin ice thematically as the relevant debate has garnered increased attention in Canada throughout the last few years with several cases of mysterious disappearances pertaining to the native people being dismissed by the authorities as voluntary escapades of the missing ones. The initial scene of the first episode sets the tone of the show as it features a protest demonstration over the disappearances of many Indigenous women that have been swept under the rug and archived by the police. At the same time, we see a man overseeing the turmoil through the windows of an adjacent building with the show's creators introducing to the audience the protagonist, Armand Gamache, a sensitive and conscientious detective who rallies outside when he sees an officer of the law mistreating some of the protesters. After reprimanding his colleague, Gamache offers to the victims a ride home in which he learns more about the family's drama that revolves around the disappearance of an Indigenous girl named Blue Two-Rivers (Anna Lambe), an investigation that will most certainly pervade the entirety of the season as Gamache pledges to help the missing woman's relatives and do everything in his power to find her.

It should be mentioned that the first season of the series will be completed in 8 episodes, further divided into 4 sets of 2-episodes narrating a single story, each based on one of Louise Penny's novels. The Armand Gamache Series consists of 18 books so far and the saga is highly appreciated in Canada with the protagonist being perceived by the local readership as the Canadian equal to iconic sleuths such as Sherlock Holmes and Hercules Poirot. Furthermore, Penny's work has been awarded with several illustrious awards such as the New Blood Dagger, Agatha, Anthony, Dilys, Arthur Ellis, and other prizes of equal status. The show was shot in Montreal and Quebec with the landscape full of snow and the freezing temperatures make life a bit harder for the characters, while through the overall narrative process of this season, there is much to learn about the French Canadian culture, the tension between the French and English-speaking populations, the bias against the natives by both the public and the institutional structure of the Canadian state, plus several dysfunctional aspects of modern life in these parts of the world, all presented with subtlety and sensitivity by the screenwriters who choose not to shy away from the real-life problems faced by Canadian people today and focus on the purely crime/police procedural element of the series. Despite the gravity of the subject matters, the mood doesn't feel at any moment distressing or overly weighty with the creative team opting for a lighter tone that is implemented through the frequent interludes of comic relief, stemming from specific characters, for example the local officer Yvette Nichol (Sarah Booth) who helps Gamache with his murder investigation in the mysterious little village of Three Pines

Alfred Molina is a chameleon-like performer who has been involved in a vast number of films and TV productions, either in primary or secondary roles, and the part of the detective is familiar to him as he starred in detective dramas in the past, he has even played the notorious Hercules Poirot in the 2001 TV movie adaptation of Agatha Christie's classic Murder on the Orient Express. In Three Pines, Molina shines as he proves to be the most fitting choice for the role of the perceptive, gracious investigator who knows how to approach people, even little kids, and often has to pay for his kindness as it happens in the first episode in which Gamache is exiled to the faraway Three Pines village, a place brimming with untold secrets and enigmas, to investigate a case that was initially dismissed as a freak accident. Gamache arrives at Three Pines in order to scrutinize the case of a woman who was electrocuted during watching a local curling match. The weird cause of death stimulates the active mind of Gamache who instantly organizes his team which consists of the two experienced detectives, Jean-Guy Beauvoir (Rosif Sutherland) and Isabelle Lacoste who is played by Elle-Máijá Tailfeathers, a member of the Kainai First Nation (Blood Tribe, Blackfoot Confederacy) as well as Sámi from Norway. The chemistry between the team's members leaves many promises for the remaining episodes and captures the viewers' attention with the well-crafted dialogue being prevalent in the screenplay.

Sadly, I have to admit that I've only read one of Louise Penny's novels so far, so I'm not in a position to assess whether the show does justice to the original source. However, as I was reading other web reviews of the series, there were mentions of some adjustments and alterations in regards to the outlining of the characters and other, lesser significant, aspects. The first episode left me thirsty for more, so I will be back for a more detailed account of my impressions from this latest Amazon Prime Video release. 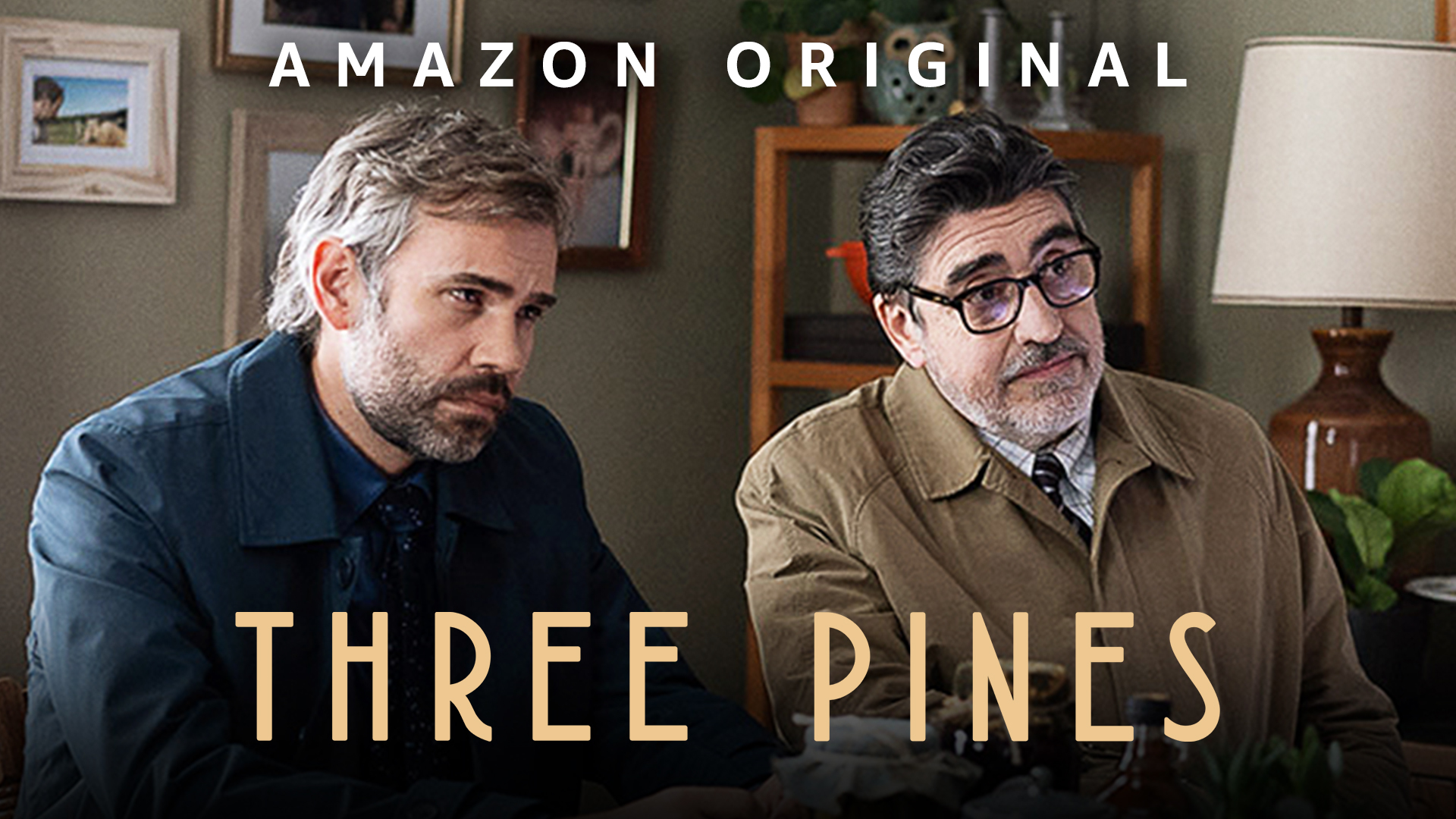