An arctic thriller set in Greenland.

The airing of this show was more than a treat for me as I was so eager to watch a show set in the Greenlandic wilderness. Thin Ice is a political thriller, based on an idea by the popular Swedish actress, Lena Endre, who also is the main protagonist. The setting is the little town of Tasiilaq in southeastern Greenland with a population of about 2000 people where a environmental summit takes places with the participation of the majority of the Arctic nations, aiming to sign a treaty that would stop the detrimental oil drilling in the Arctic ocean. The show raises a number of crucial questions regarding the future of the planet and the harm that the oil industry has inflicted globally. Endre plays the Swedish foreign minister, Elsa Engstrom who is on the forefront of a more enviromentally-friendly policy, but has to face the apprehension of the other members of the summit, especially Russia's. Apart from the deliberations that the audience witnesses between the representatives of each country, there is a kidnapping of the crew of a Swedish oil research ship that coincides with the beginning of the summit. The assailants are of unknown origin and the local authorities have to deal with the situation even though they lack the resources to do so. The remoteness of the small country makes things even harder for the Greenlandic police to get help and they soon realize that they will have to solve the riddle on their own and find the missing crew as well as arresting the perpetrators.

Liv is a Swedish Intelligence officer who is married to Viktor Baker, one of Engstrom's closest associates and she will have to travel to Greenland when her husband gets abducted in the ship. Liv is out of jurisdiction and she is only permitted to follow the investigation without taking part in it. Nevertheless, her fierce idiosyncracy doesn't allow her to just sit and watch while the father of her yet unborn child is in danger. She will take initiatives that will put her in a collision cource with the lead investigators of the case. Liv is headstrong and willing to do anything to find Viktor and slowly she succeeds in gaining the trust of the locals who find a competent ally to help them cope with an international conspiracy that extends to the upper echelons of the Arctics nations' politicians. Things will become even tougher when one of the main witnesses and one of the few persons who could shed a light in the kidnapping becomes murdered and the town's communications center is set alight by someone who wants the investigation to be obstructed. All the above events have a deep impact in the participants of the summit and some of them suggest that they should perhaps postopone the signing of the treaty as there are some serious security issues at play. Engstrom is determined to complete her work and she will have to use all her diplomatic skills to convince the others to sit tight and save the planet.

There are many sub-plots unfolding as the story picks up pace and the suspense is kept at high-level throughout the first three episodes of the show. The creators know how to weave a high-octance international political thriller and the setting adds to a rewarding viewing experience. Furthermore, the audience has the opportunity to witness the eveready reality of living in Greenland, a country that is used to be sidelined by the bigger players as far as politics are concerned. It is evident that the Greenlanders are suspicious and even hostile to the members of the summit delegations as they are convinced that nothing good would come by their meetings. The local society is plagued by several significant social problems such as unemployment, desperation, alcoholism and others. The simple fact that the neighboring nations have never offered any substantial help to them is the number one reason that makes the people angry at almost everybody. A deep sense of injustice is embedded in the hearts of the Greenlanders and the show makes sure that the audience gets a glimpse into the hardships of their lives. They seek their independence from Denmark frantically and claim their right to define their own fate.

Thin Ice features many well-known Nordic actors such as Alexander Karim, Nicolas Bro, Johannes Kuhnke, and Christopher Wagelin. The performances are satisfying, though it should be noted that it is the Greenlandic actors presence that makes the show stand out. Angunnguaq Larsen and Nukâka are splendid in their respective roles and I was truly amazed by their appearance. If you are into political thrillers involving conspiracies and international intrigue, then you will not be dissapointed by this series which is co-produced by Sweden, Iceland, and France. The production values are high, the photography is breathtaking and the insight into the Greenlandic folklore will appeal to those who are interested in the contemporary reality of this small, wonderful nation. The first season features eight episodes in total and I hope that the story will find its proper closure in the end. So far, it seems to be one of the best Nordic television productions for 2020 and it is rumored that there is a second season coming soon. 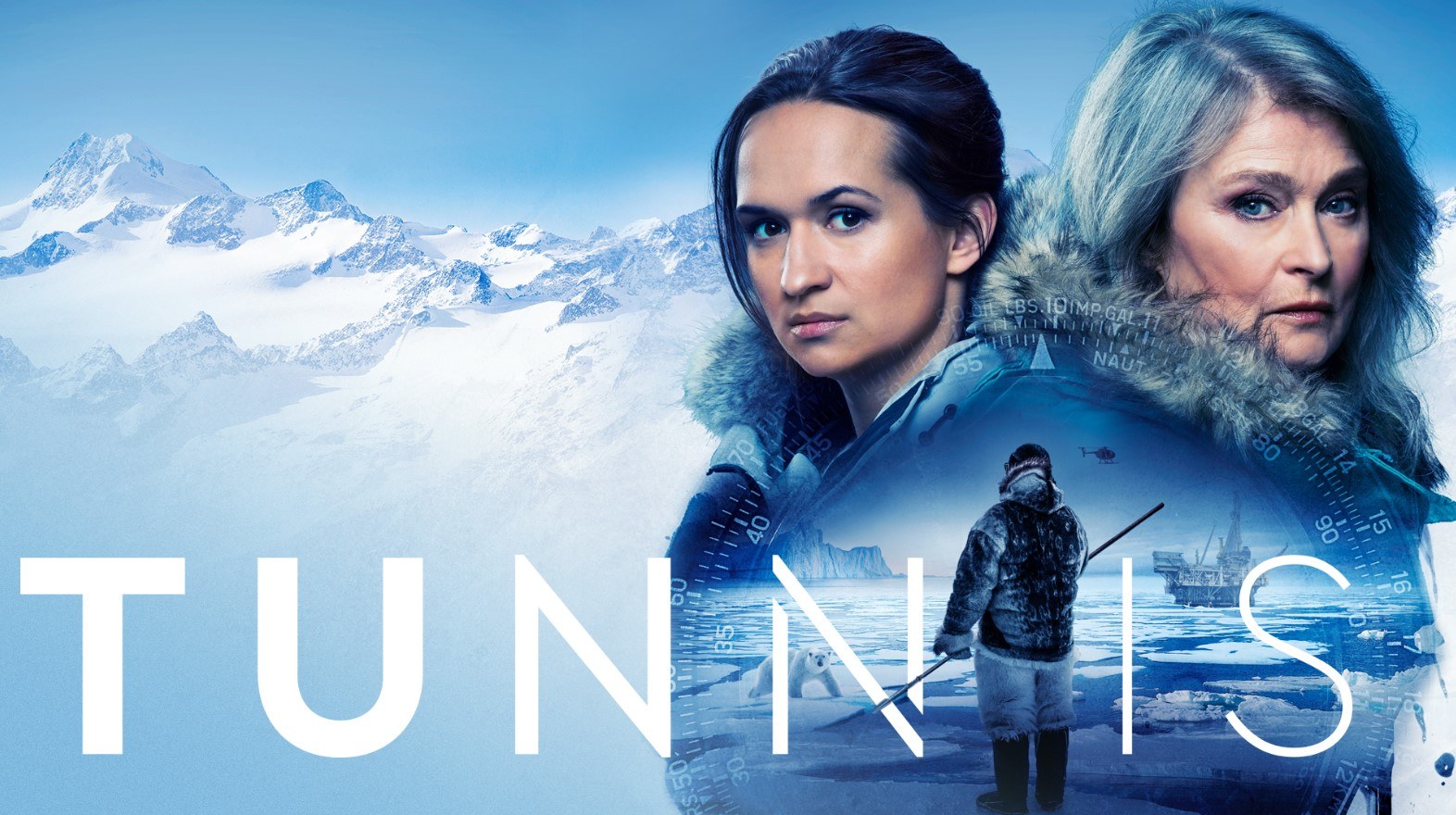