During the last few decades, Greek television had aired a fair share of sitcoms, soap operas, historical dramas, and plenty, second-rate, reality shows. Crime shows never succeeded in becoming a dominant genre among the Greek audience and the minimal relevant productions got overshadowed by the most popular, mainstream TV entertainment. There are, of course, some noteworthy exceptions to the above rule such as the adaptation of Petros Markaris's novels, Late Night News and Zone Defence, and the Inspector Bekas series based on the work of one of the oldest and most iconic Greek crime writers, Giannis Maris. The aforementioned productions were well-received and their commercial success suggested that the natives craved for some mystery and intrigue. Things changed when in 2016, Sotiris Tsafoulias, written and directed the motion picture The Other Me, a high-octane serial-killer thriller featuring a great cast and an intricate plotline, that earned both critical acclaim and the audience's applause. Three years later, Tsafoulias created the first season of the titular TV series and proved that the Greeks can also concoct compelling crime stories that can easily be exported and tested in broader audiences. The second season of the show, aired in 2020, continued in the same vein and featured another grim story about a string of murders connected the underworld and academics lecturing in a local university. The Other Me had been recently adopted by Netflix and the forthcoming third and final season will be distributed worldwide.

The Silent Road bears some similarities to The Other Me series, especially in terms of optics and cinematography, but its main storyline, revolving around the kidnapping of 9 kids from their school bus, indicates that the writers and director of the show embrace a distinct narrative structure and their intention is to focus both on the crime and its consequences to the characters affected by it. This is a multi-faceted story, featuring an extended family whose members are connected in various different ways, reminiscent of the similar Nordic crime series where the family is the fundamental social unit and the relationships between them are at the forefront of the narration. There is the aging patriarch who wants to be on top of things and doesn't trust anyone, the black sheep who has a history of alcohol and drug abuse, the good daughter who stands by her father's side, the son-in-law who is going to be soon divorced, etc. Most of them share a strained relationship for reasons that are going to be revealed in the course of the show, but the shocking event of the abduction forces them to come closer, thus letting out some of their past shared history. The characters are well-realized and the screenwriters, Petros Kalkovalis and Melina Tsabani, are worthy of a special mention as they manage to create plausible figures, motivated by both their intellect and emotions, as well as building suspense in a rather low tempo, at least in the first two episodes that had been aired until today.

The performances by all the actors are satisfying with Antonis Kafetzopoulos, playing the grandfather of two of the kids that had been abducted, giving a startling performance using a limited expression palette which cracks sometimes and allows the audience to understand what is happening in his psyche. Dimitris Lalos, an actor known to the majority of the Greeks as a theater thespian, is decent as Nasos Economides, the person in charge of the investigation on the kidnapping, who tries to keep his distance from the grief of the kids' families. Ioannis Loulis and Vicky Papadopoulou are convincing as the worried parents who can do nothing other than stand by and watch their worst nightmare turned into reality. I also noticed Penelope Tsilika's portrayal of the family's bad girl, Thaleia, who, as it seems, will play a major role in the following episodes as she is the only person with whom the kidnappers want to communicate and place their demands. Mirto Alikaki, an actress well-known for her past involvement with an immensely popular romantic drama, holds a secondary role here as the headmistress of the kids' private school.

Silent Road's first two episodes promise an enticing future and I can officially admit that I'm already hooked. Apparently, there are many episodes ahead of us and I hope that there will be many sub-plots introduced while the prime plotline will keep being engrossing and full of mystery and guesses. Keep in mind that the first season features 13 episodes in total so it's a long road to the end. This is a high-value production, something unusual for a Greek crime television show, and it will capture your attention from the first few minutes of the first episode. The director, Vardis Marinakis, illustrates exceptional skills in building suspense and I believe that there will be plenty of twists and turns coming as the story unravels I wish there would be more similar productions in Greek television and I think that shows such as Silent Road will make the Greek producers realize that high-quality crime series can be both commercially and artistically successful. The third episode will be aired on Sunday, 18/4/2021. 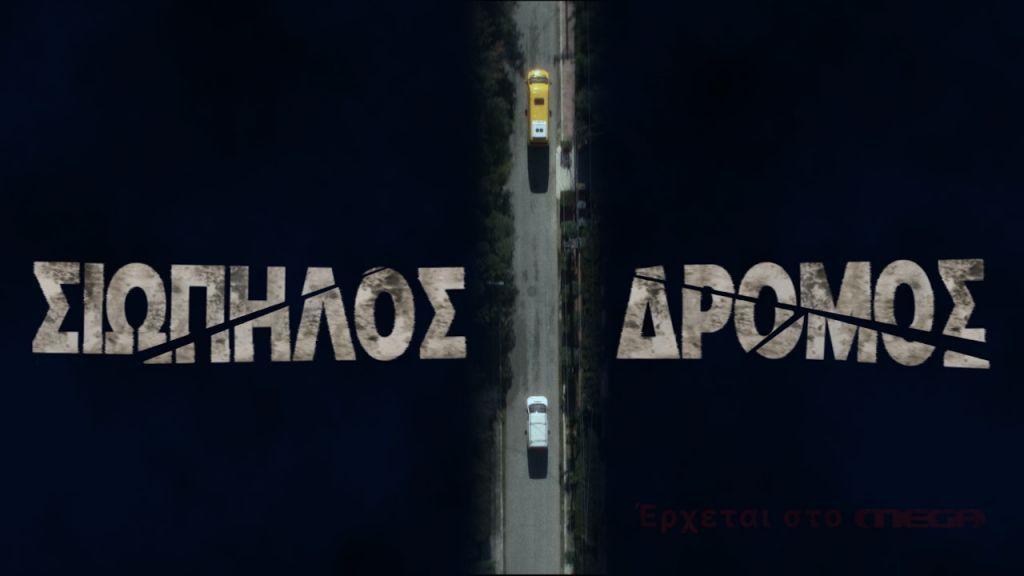