Readers who are familiar with Liane Moriarty's main body of work are familiar with her particular writing style that often evokes a torrent of feelings due to its accuracy in portraying men and women in distress. Her most popular work, Big Little Lies, has already been adapted into television series by David E. Kelley and won the hearts of the audiences with its maximalist photography, great ensemble cast, and high production values. Reese Witherspoon, Nicole Kidman, and Laura Dern were some of the renowned thespians who enacted the roles of Californian housewives striving to find meaning and balance in their lives. The show became an instant success and both audiences and critics hailed the production as one of the most visually captivating American series of the last few years. Thus, Moriarty's novels attracted the attention of several producers in search of sharp texts that can be used as the foundation of a rousing script for a new project.

Nine Perfect Strangers seemingly provide the basis for such an attempt, but the first three episodes of this fresh Hulu Original production fall short of the audience's expectations. Even though the setting of the story is intriguing, nine people from different socio-economical backgrounds gathering in an extravagant health retreat in the countryside where nothing is what it seems, the direction and performances are stilted and the plot unfolds disturbingly slowly, leaving no choice to the viewer but to fast-forward some scenes that offer nothing to the overall mystery. Nicole Kidman plays Masha, the director of the Tranquillum retreat, a woman with a dark past that still haunts her. She is running her business in her own, largely incomprehensible, manner and soon the guests begin to doubt both her methods and intentions. The cast also includes some experienced actors such as Luke Evans, Michael Shannon, and Melissa McCarthy.

In the first episode's opening scene we are watching as each one of the Tranquillum's guests approach the retreat and we get a glimpse of their expectations as some of them seem to have chosen to go there to lose weight, others to reconnect with themselves, overcome their grief, kick nasty habits, and a number of other reasons. As they arrive to the disgustingly luxurious premises of the retreat, they are forced to surrender their mobile phones and every other means of communication with the external world. After that, they will have to engage in several challenges that will test their limits as Masha's mantra is that they will have to suffer and die in order to be able to reborn as entirely different entities. The overall atmosphere in Tranquillum is bizarre and incites tension between the nine guests who struggle to understand what is going on and what is expected of them. They are supposed to stay there for ten days but the sense that something ominous is looming behind the spectacular facade of the retreat becomes stronger as time goes by.

There is not much of a character development at least during the initial three episodes of Nine Perfect Strangers. Most of the dialogue rings meaningless and hollow while the main protagonists seem to be one-dimensional and defined only by their, more than obvious, flaws and deficiencies. We have the macho ex-football player, the timid professor, the vain Instagrammer, the grief-stricken mother, the insecure and passive-aggressive black woman and so on. All the characters are stereotypically approached and the result is, at times, borderline laughable. Moreover, this show is supposed to be a mystery/thriller but thus far there are no signs of suspense or sufficient intrigue in the story to justify that. The audience is supposed to participate in the characters' bewilderment and exasperation as they face the ever-growing irrational demands by Masha and her staff, but the lack of a decent, plausible script makes that almost impossible. The performances by the majority of the cast come across as awkward, though this is perhaps not because of the actors' inadequacy but due to the weak scenario.

Even though I have to admit that I haven't read Liane Moriarty's novel, I find it hard to believe that she could have created such a jumbled mess of a story. I tend to think that this is a seriously flawed adaptation of the book and I sincerely have no high hopes regarding the remaining five episodes. I doubt that I will be even watching them. In my opinion, if you want to have a taste of the author's talent, you should watch Big Little Lies first. The only upside of Nine Perfect Strangers is the decent optics and a fine photography. Apart from that this is a run-of-the-mill show that is bound to disappoint and underwhelm you. 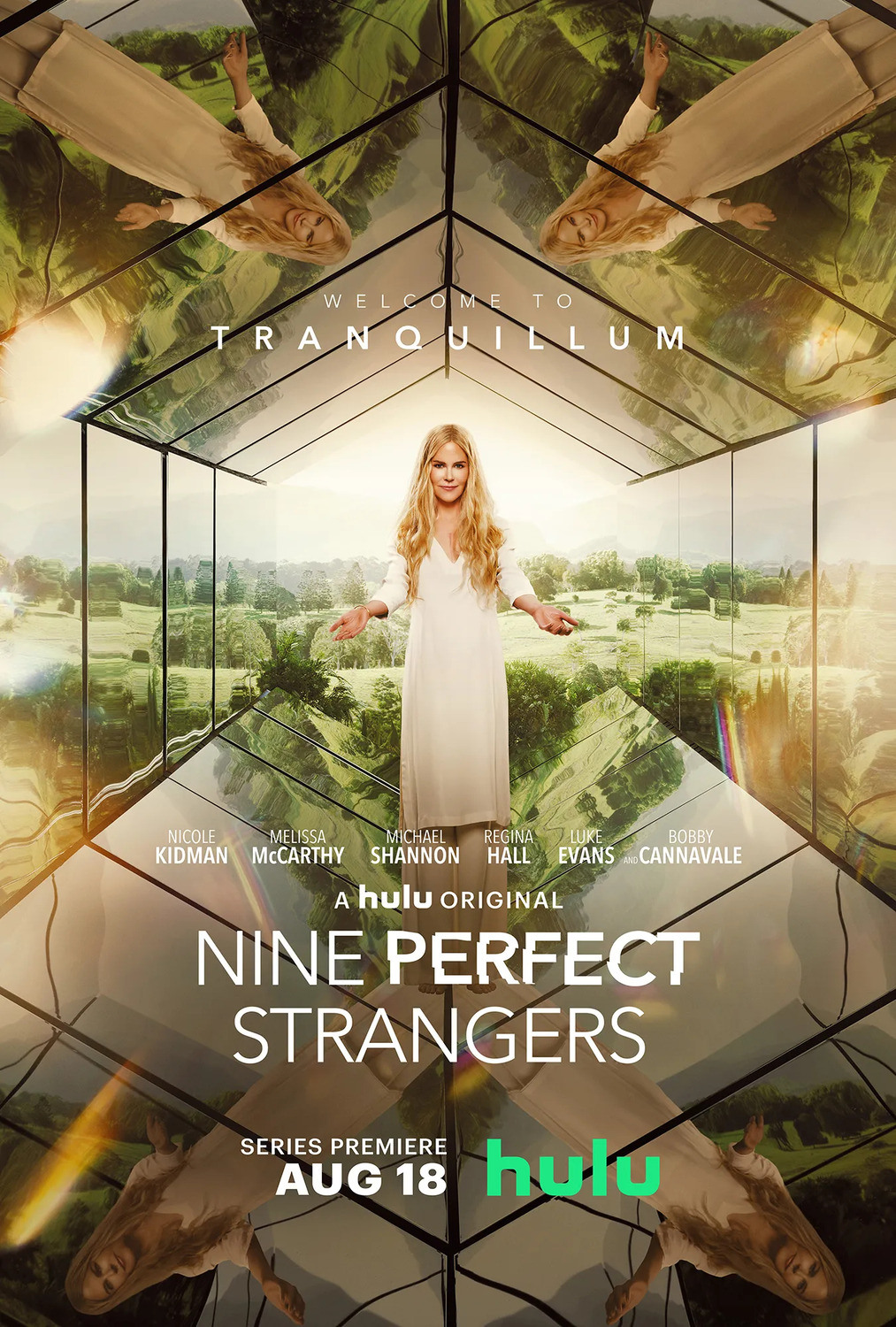