NOTE: This is an account of my first impressions on the new Greek TV series "Maestro" based on the first three episodes of the nine-part production. A full review is in order after completing watching the show in its entirety.

After several mediocre television series and a few thwarted -borderline farcical- attempts at creating a cinema movie, Christopher Papakaliatis returns to his beloved domain of TV drama with Maestro, originally produced for Greek TV channel Mega. The show marks the beginning of an era for Greek television as Maestro is the first Greek production to become available on Netflix, first for the subscribers in Greece and Cyprus on December 19, and from the beginning of the next year for the global audiences. Papakaliatis is regarded by the Greek audience as a creator of light erotic dramas, often involving love triangles and tangled family relationships while also including a platitudinal social commentary on challenges faced by the youngsters in today's local social sphere. While never achieving consensual critical acclaim on his works, Papakaliatis's shows have been immensely popular with a substantial chunk of the audience loyally supporting each one of his artistic endeavors. Some of his most cheered works include the 2003 drama Close Your Eyes (original title: Κλείσε τα μάτια) and the motion pictures What If... (original title: Άν) and the most recent Worlds Apart (original title: Ένας άλλος κόσμος) that featured an international cast including J. K. Simmons.

Reaching the middle age in his life, the Athenian screenwriter and director seems to have achieved an unprecedented maturity in his artistic perspective and Maestro is, without a shadow of a doubt, his most well-rounded and sophisticated work so far, proving that he is not exclusively built for a strictly genre-defined, profoundly narrow in style way of structuring his stories. The characterization, that used to be unrealized in the past, is now not only plausible, but there are some of the protagonists who are so well fleshed out that become a reason on its own to watch the series. Of course, it should be added that Papakaliatis casts a number of notable native actors such as Maria Kavoyianni, Fanis Mouratidis, Giannis Tsortekis and Antinoos Almpanis as well as several younger performers who steal the thunder with their enthusiasm and truthlike portrayal of their respective characters. The inclusion of the, immensely popular and cherished to the Greek music fans, folk singer Haris Alexiou in a less prominent role is a bonus present from the creator to the audience. Alexiou's performance is more than decent, demonstrating that an artistic talent can be versatile and kaleidoscopic, extending to other fields without ever losing its brilliance.

Maestro narrates the story of a music teacher, Orestis (C. Papakaliatis), who travels from Athens to the tiny island of Paxos (or Paxi) in order to revive the local music festival that was cancelled in the previous years due to the outbreak of the Coronavirus pandemic. As he arrives to the port, she asks for guidance from a breathtakingly beautiful young girl, Klelia (K. Andriolatou), and she helps him find his way as a newcomer. After his initial settling, Orestis will meet some of the island's most outstanding members of the local society like the mayor, Fanis (F. Mouratidis), and Maria (M. Kavoyianni), a restaurant owner who will become Orestis's right hand in the conducting of music lessons, taking place in an old, dilapidated school class with many people being interested in participating to the forthcoming festival. Orestis and Klelia will become instantly attracted to each other, an infatuation that is the major plot point of the show, permeating the story as a whole which, nonetheless, also involves several sub-plots such as the hash smuggling business operated by the mayor with the help of Maria's husband, Harlambos (G. Tsortekis), a violent man who abuses his wife and son, the homoerotic relationship between Klelia's brother, Antonis (O. Halkias), and Haralambos and Maria's son, Spyros (G. Benos) as well as a few others that run in parallel with the dominating love story between Orestis and Klelia.

Written and directed by Christopher Papakaliatis, Maestro wins the audience over with its smooth storytelling, accurately outlined characters and beautiful cinematography. Of course, the setting, the magnificent little island of Paxi, lends itself willingly to the director's eye, being an astonishing locale, perfect for the creator's intentions in terms of setting the show's tone. The director adopts the multiple perspective narrative as the main storytelling technique, thus each episode is told through the eyes of a different character, enrichening the narrative and letting the audience be part of the narrator's viewpoint, bringing us closer to them and make us feel sympathy for them. The use of flashbacks is limited so far, by good luck, and during the three first episodes the viewer only watches some secluded sequences from the grandmother's Haris's past and perhaps even them could have been omitted for the sake of a linear narrative that avoids jumping back and forth in time as this often leads to confusion and the disruption of the story pacing. Papakaliatis avoids this time some of the pitfalls that blemished his previous body of work, and the final result is a well-tuned production which even though it may be heavily reminiscent of the director's priors, in terms of main themes selection, but differs in every other aspect.

As per usual practice, Papakaliatis chooses to hold the role of the protagonist himself despite his many shortcomings as an actor. There are many who claim that he actually plays a single role in all of his works, repeating the same mannerisms and utterance of speech while his limited expression palette makes him seem inferior to the other members of the cast. His performance in Maestro does nothing to refute this impression and I couldn't notice any palpable improvement in his depiction of Orestis, a not so demanding role to play. Maria Kavoyanni, one of the most seasoned and skilled actresses of her generation, and Giannis Tsortekis, as Maria and Haralambos respectively, constitute the heavy artillery, in terms of acting, of the show while Orestis Halkias and Giorgos Benos make their presence noticeable in the roles of two frustrated teenagers exploring their own sexuality and having to face the narrow minds of the closed-knit community. Overall, Maestro is certainly worthy of your attention and I'm certain that it is going to be a massive commercial success here in Greece. As for the show's forthcoming journey to the worldwide audiences, I wish the creators good luck and hope that this momentous event will signify the production of better-quality shows in the local television market that will have fair chances to find their way into global audiences 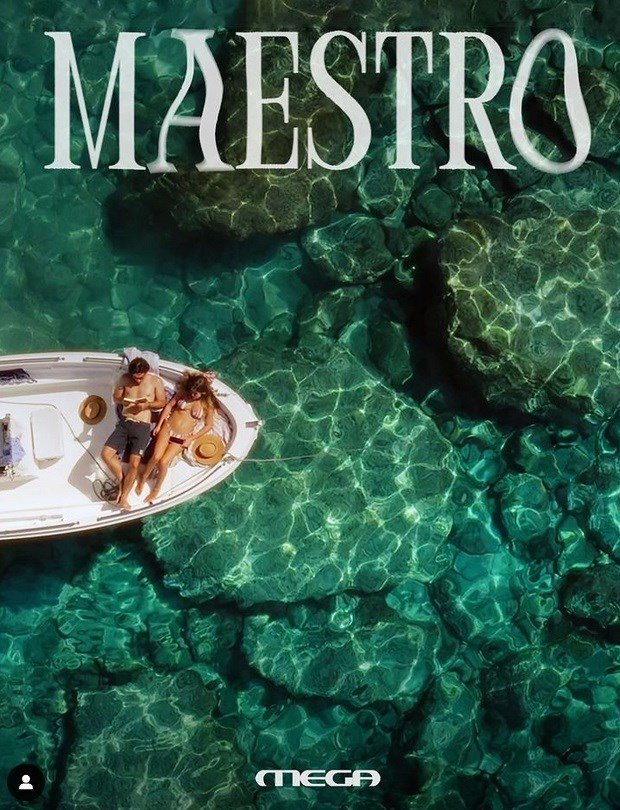