Foreword note: This is a review of the 8-part Danish TV Series "Face to Face" (original title: Forhøret) based on the first two episodes of the show.

It's been a while since the Nordic noir audience enjoyed a binge-worthy Danish crime TV series, I think that the last was the third and final season of the superb Bedrag, thus it was a true pleasure to watch a tight-plotted show which also contains an originality as far as Scandi-Crime TV series format is concerned, as each episode lasts for just about twenty minutes when usually the length of a Nordic crime TV show is one hour. An all-star Danish cast is gathered here and except Ulrich Thomsen who plays the protagonist detective, Bjorn, there is a large number of the most popular and successful native actors such as Søren Malling (Forbrydelsen), David Dencik (Bedrag), Trine Dyrholm (Arvingerne), Lars Mikkelsen (The Team), Nikolaj Lie Kaas (Journal 64), and others participating in this production.

The story begins when the middle-aged detective, Bjorn, finds his teenage daughter's corpse in the morgue which he visits for one of his cases. The morbid surprise shocks Bjorn who doesn't believe the coroner's ruling that his daughter committed suicide and seems to be certain that foul play was involved. Bjorn's behavior becomes aggressive and threatens the coroner to examine once again the young girl's body for things that he might have missed. His character is constantly on edge, and Thomsen delivers a strong as well as subtle performance. In the course of the first two episodes, we also meet some of the other central characters such as Bjorn's boss, Richard, and the victim's girlfriend, Nikki.

All of them have their secrets and Bjorn will have to work all by himself to uncover the truth behind his offspring's untimely demise. I was hooked by the first twenty minutes of the show and I can't wait for the next episodes. The series is directed by the young and talented Danish auteur, Christoffer Boe (The Purity of Vengeance, Everything Will Be Fine) who knows how to create a tense, claustrophobic atmosphere during the interrogation sequences which consist the main narrative vehicle of the show. The production company's name is Miso Film while the distributor of the show in Denmark is Viaplay, a company known for its high-quality Scandinavian crime shows productions.

You can find the soundtrack of the series on Amazon.com: https://www.amazon.com/gp/prod... 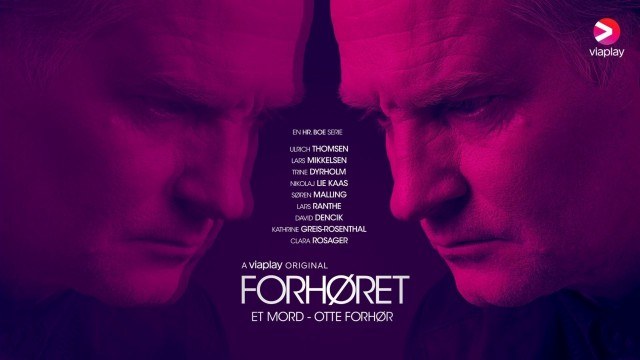