FOREWORD NOTE: This is a review based on the first two episodes of the recently released Icelandic Netflix crime series "Entrapped". I will post a full-on review as soon as I finish watching the whole six episodes of the season.

Before I begin writing this short review of the first few episodes of the latest Netflix outing from Iceland, Entrapped, I have to declare that I am a loyal devotee of the creator, Baltasar Kormákur's, body of work both on cinema screen and television as the internationally popular auteur has given the global audiences some of the most gripping and visually arresting movies and TV shows such as Jar City, The Oath, Everest, as well as the bizarre, nevertheless alluring Katla that rocked the boat of television productions with its vivid imagery and bizarre storyline. The previous two seasons of Trapped earned Kormákur appraisal and a wider audience as the show quickly became the most precious Icelandic television export of the last few years, along with The Minister, a series depicting the troubled life of a bipolar prime minister, the role played by Entrapped's leading cast member Olafur Darri Ollafson, one of the most respected actors in his country. Trapped stood out from the competition mainly due to its singular exploitation of the unique, desolate Icelandic scenery which was incorporated into the narrative, enhancing the emotional effect of storytelling by luring the audience to an exotic, unknown landscape. Apart from that, both seasons featured well-crafted storylines and plots, with the second being a bit faster and more thrilling, that captivated the viewer's mind and made him invested on the machinations illustrated on screen.

A further asset of the show has been its meticulous treatment of the main characters, emphasizing on their well-rounded portrayal, the most prominent example being Andri (Olafur Darri Ollafson), the forlorn and always fighting with his own feelings of guilt and inadequacy protagonist who investigates serious crimes committed in the little town of Siglufjörður in North Iceland where fishing is the most common way for the people to make some money. The majority of the shootings took place there, however in Entrapped, a sequel of Trapped in which the events of the story occur two years after the finale of the second season, the filming locations were divided into several Icelandic towns including Reykjavik and Hafnarfjörður. The sense of locale is once again very strong and effective, the dim surroundings in which the characters live and act telling their own story regarding their inner feelings of gloominess and depression. In this cycle, Andri is ridden with guilt as he learns that a young man, Ivar, who he first met during the investigation of a case concerning the disappearance of a young woman, Lina, and bullied him in violent ways, is found murdered in a cave by a blunt force trauma in the back of his skull. Ivar has been proved innocent in the process and with a solid alibi, thus Andri can't help but feeling blameworthy for Ivar's mistreatment during the interrogations.

Andri will inject himself into the investigation of Ivar's murder, despite his superior's, Trausti's (Björn Hlynur Haraldsson) mistrust, as a turf war is brewing in the small community between a violent MC, the "Horns" and a grotesque occult that thrives on cleansing ceremonies and mystical invocations. The bikers will clash with Oddur, the leader of the occult that is self-proclaimed as "The Family", and in the end of the first episode we witness the arrival of the reinforcing Danish branch of the "Horns", led by the vicious thug Hopper (Thomas Bo Larsen) who wants to make clear to everybody that the disputed territory belongs to him and his club. After the first two episodes, it is not clear how exactly this conflict is going to be integrated in the main story that revolves around Ivar's murder, but the fact that the deceased was a valued member of "The Family" and has actively called out the bikers as we see in the first scene of the first episode makes the connection easy to discern. As far as the characters are concerned, Andri, demoted from his previous workplace in the Homicide Unit and now works in the Financial Crime Unit. In the first episode, he meets again Eirikur, whom we have left in the first season being sentenced to five years in prison for murder. The relationship between the two men is far from vivacious and I believe that their liaison will be one of the season's main characters' subplots. Trausti, who is suspicious of Andri's brash mingling with his case, in once again the head of the investigation and Hinrika (Ilmur Kristjánsdóttir) is his trusted sidekick, always ready to go the extra mile if the case demands it.

Since I've only watched one third of a story, I cannot reach a verdict regarding the specifics of the narrative, though I have to say that I was concerned as I was reading the first online reviews of the show that highlighted the fact that the clash between the bikers and the members of the occult actually play no significant role in the main storyline. Nevertheless, the measured pacing and the painstaking revelation of new evidence during the first two chapters prompt me to seriously doubt that an array of seasoned, experienced screenwriters could go wrong in such a manner. The cast is carefully selected as an all-star Icelandic group of actors hold the major roles in the show with Darri Ollafson and the seasoned Danish performer Thomas Bo Larsen delivering the most convincing portrayals of their respective roles with the rest of the crew also giving the best of their potential. The direction is masterful with the striking imagery of the setting mirroring that of the previous two seasons, while the soundtrack couldn't be more fitting to the overall mood and tone of the series. Fans of the show should check out the intro music, titled "Trapped", by Hildur Guðnadóttir, Rutger Hoedemaekers and Jóhann Jóhannsson, a theme composed exclusively for the show. In the grand scheme of things, Entrapped continues in the same vein as established in the previous two seasons and I urge you not to be deterred by some mixed reviews that circulate around the web. Any work bearing the signature of Baltasar Kormákur guarantees high-quality visuals and compelling plots, thus this third cycle of Trapped simply cannot be an exception to the rule. 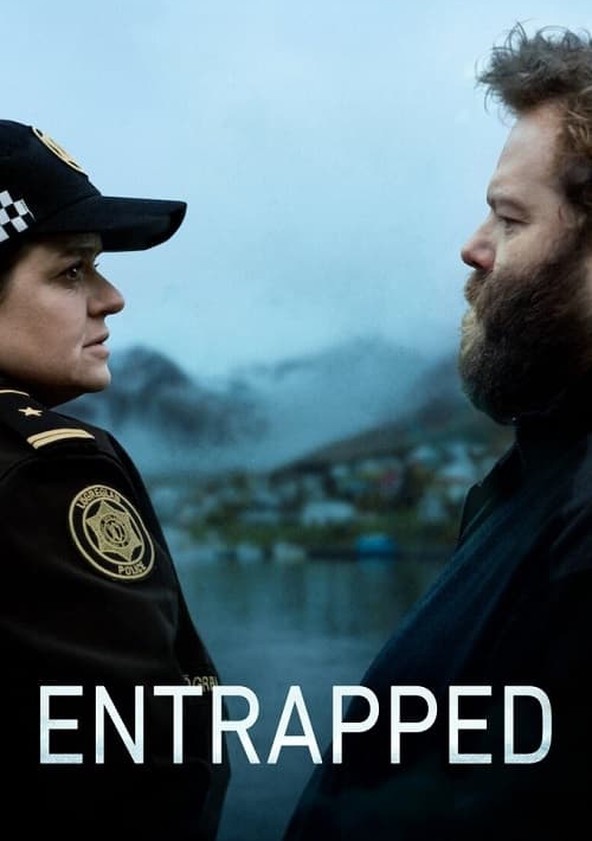