NOTE: This is a review based solely on the first episode of Nicolas Winding Refn's six-part television series, "Copenhagen Cowboy", it is not a thorough assessment of the work as a whole.

At the sound of Nicolas Winding Refn's name there are those who will rejoice and others who will shake their heads in contempt as the New York-raised Danish auteur is notorious for his distinct aesthetics engraving the totality of his oeuvre, and it is purely a subjective matter of taste whether or not you will find yourself drawn into his surreal visual universe or get drowned in a sea of blazing colors. In his latest television series, which he directs and co-writes along with Sara Isabella Jønsson Vedde and Johanne Algren, Copenhagen Cowboy, Refn, also frequently referred to as NWR for brevity's sake, displays for the umpteenth time the tropes and directorial mannerisms that earned him a standing in the ranks of first-class arthouse auteurs in a worldwide scale. Everything is here, brighter than ever: The neon-soaked set, the graphic violence, the lurid imagery, his trademark stillness that is manifested through the deadpan quality of the protagonist, the synthpop soundtrack cladding the airwaves of the show and many others that I would need much more space to enumerate. As Tony Maglio writes in his review of the show, published on Indiewire on January 5, 2023, Refn "has been recycling his motifs for as long as he's been honing his style", a fair assessment which reflects my own thoughts. The Danish director and screenwriter has recently turned 50-years-old, so one would think that he would seek a rejuvenation of his hallmark style, however Copenhagen Cowboy can't help but feel as NWR's most "Refnian" creation so far.

Before writing anything else, I would urge you to neglect the title and not attempt to find a meaningful link between it and the actual story as Refn himself said in a statement to the media that the only reason for which he chose this particular title was that he likes the way the two words sound, obviously all the more if combined in a short sentence. The protagonist may resemble a cowboy in some ways, however she bears the offbeat identity ingrained by the show's creator and asserts to be a unique character in the television realm, though the similarities with the leads in Refn's previous films (Only God Forgives, The Neon Demon) are so striking that any claim for singularity falls flat on the ground. In many ways, this series will bring to your mind Refn's prior attempt at creating a TV show with the 2019 Too Old to Die Young, a crime drama with a protagonist who struggles to find an equilibrium between the two lives that he leads, one as a police officer and the other as a contract killer. In terms of visual aesthetics the two shows are very much alike, further illustrating the artistic stagnancy of Refn who seems to do nothing more than repeating the stylistic choices that made him a controversial figure in the world of global cinema. In his review of the show in "The Guardian" (you can read it here), Charles Bramesco summarizes Refn's predilection for reiteration: "he's muscled through every reason to change and held fast to his Serbian gangsters, Thai martial artists, terse avenging angels, POV insert shots of hands and abandoned rave lighting schemes of lurid neon-charged color".

The story is set in the Danish auteur's usual playground, Copenhagen's seedy underbelly which is populated by gangsters, thugs, drug dealers, sex traffickers and other delinquents. Those who are familiar with Refn's internationally renowned Pusher film trilogy will instantly feel at home with the story's backdrop. Furthermore, Pusher fans will have the pleasure to find among the show's cast both Zlatko Buric, the ruthless Serbian gangster -Milo- who tormented Kim Bodnia's character in the first installment, and Ramadan Huseini, the shabby "Albanian" Rexho who made his appearance in the final part of the saga. In Copenhagen Cowboy the protagonist is Miu, an aloof young woman sporting a fairy-like hairstyle and moving as silent as a mouse, never letting any hint of reaction pass through her face and body. She is like a brick wall, detached and solitary, her origins unknown -I suppose that this will be part of the mystery as the show reaches its final climax- and her goals remain slippery during the course of the first episode. Miu is "bought" by a Serbian middle-aged woman, Rosella (Dragana Milutinovic),, as she is reputed to be an angel of good fortune, bringing good luck to those who surround her. Rosella's fervent wish is to become pregnant and this is the principal reason for bringing Miu in. In the house where Rosella lives, there are more young women who are victims of a sex-trafficking ring led by Rosella's half-brother, Andre (R. Huseini). Miu will befriend one of them and when Rosella is convinced that Miu cannot help her with the pregnancy and grounds her to the basement, the two girls will attempt to escape the house.

The first episode feels rather dull with the monotonous, lackluster pacing with which the story unfolds dominating the overall mood while the minimal use of dialogue makes things even more tiresome as the audience is frequently forced to witness static close-up shots of the protagonist's stationary facial muscles and the camera is often swiveling horizontally creating an effect known to NWR's fans. Refn is consensually acclaimed as an ingenious composer of stark images that become etched into our retinas, leaving their distinctive mark in our minds and souls. Copenhagen Cowboy adopts the same character as the kaleidoscopic visuals scream the director's name and bring back a lot of memories for those who know the specifics of his work. The colors of pink, red, and blue dominate the small screen, almost dripping off the characters' skin and functioning as the ultimate confirmation of the imagery's triumph over the narrative, a fundamental Refnian artistic principle. At this point, we have to also give the credit to the film's cinematographer, Magnus Nordenhof Jonck, who seems to have digested the director's instructions, that reveal his tonal intentions all too well. However, while this approach can more easily work in feature films, when entering into the TV series format it seems to result in the lack of elemental aspects that bind the loose parts of the plot and deliver a cohesive main storyline. I've read in several online reviews of the series that nothing is resolved in the sixth and final episode, thus indicating that the creators relied heavily on the prospect of a future second season that will tie the loose ends of the plot. This is not a responsible choice for the screenwriters who ought to reckon the simple truth that the viewers always want some form of closure from a season's ending, even if it's not final.

What's new, in terms of plot, is the interpolation of supernatural hints, something that poses several risks if treated haphazardly by the director, while the overt symbolism is force-fed to the audience in a rather deplorable manner. For example, the metaphor of pig which applies to the character of Sven is so obvious that it wasn't necessary to include scenes where he squeals in an animalistic-like timbre. If NWR showed the same care to the actual storytelling part like the one given to the visual/aesthetic aspect, then perhaps we would talk about one of the most special TV shows of the year. The lack of spirit in the screenplay drags Copenhagen Cowboy down and not even the most fascinating spectacle can save a seriously deficient script. 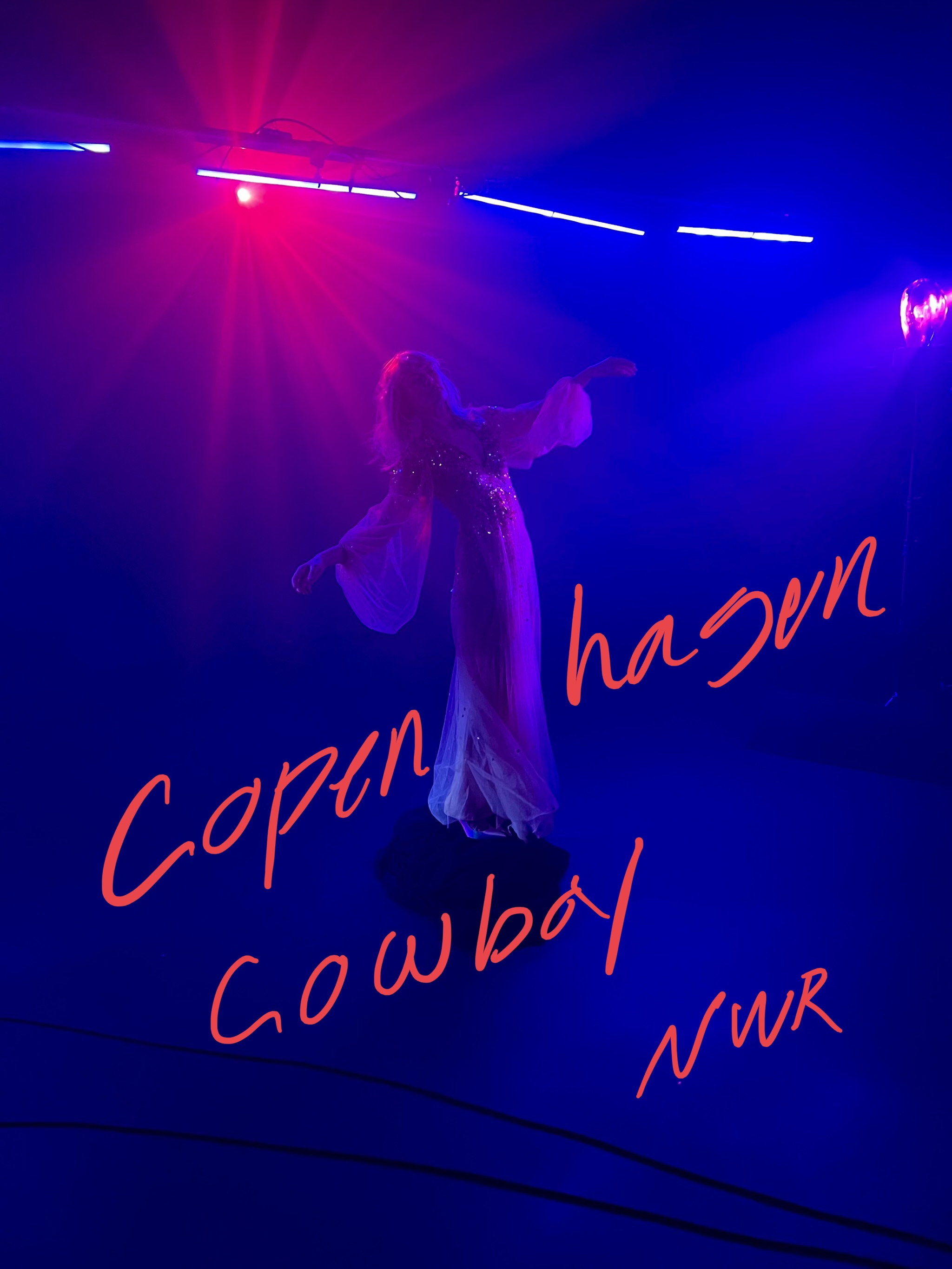