A faithful adaptation of Sarah Waters' most appealing Victorian novel on duplicity.

England of the Victorian era has furnished a fertile setting for numerous authors of various genres who have been inspired by the uneven distribution of wealth and the tremendous chasm between upper and lower classes that forced the majority of the people to live under extreme poverty within an unjust social structure. Anne Perry, Elizabeth Macneal, and Theodora Goss are only a small sample of the historical fiction writers who chose to place their stories during the period from 1837 to 1901 which marked the years of power for England's Queen Victoria. Sarah Waters' Fingersmith, published in 2002, is one of the most iconic samples of Victorian novels and also one of the author's most esteemed and well-received works. Waters weaves a tale of greed, deception, and well-buried family secrets that threaten to surface, while describing the harsh reality of living for the unprivileged at the time. The protagonist, Sue Trinder, is an orphan raised in the care of an elderly woman, Mrs. Sucksby, a so-called "baby farmer", meaning an individual who collects unwanted kids and helps to nurture them until they are sold to a member of the affluent class looking to adopt.

It is certain that Waters has devoted a vast amount of time researching the foregone epoch as it is evident in her detailed descriptions of Sue's living conditions and the reader becomes a partaker in the misery and decay surrounding the character. "Fingersmith" is slang for a pickpocket, a direct reference to the protagonist, who was forced to learn the ways of stealing from a very young age in order to survive. Waters' characters are intriguing and three-dimensional and the reader gets to know them through the author's mention of their internal thoughts and the exceptional pieces of dialogue between them which verbalize their inward cosmos. Even though they are not likable, at least not when we consider them early on or a bit frivolously, their manifestation of desires that govern their behavior also dictates its expression, shaping patterns of demeanor that feel familiar to the audience from its own life experience. There is not a single character who can be described in the banal terms of fiction writing as "good" or "villain" and their outlining by the author renders them deeply human, especially as the story picks up pace and we are led to the finale. For a large part of her fans, Fingersmith is Waters' magnum opus so far and I believe that in the future the book will be classified as classic.

In 2005, BBC aired a TV three-part miniseries adapting the Fingersmith novel and since the book was available during the previous three years, a large portion of the audience was already familiar with the story. Nevertheless, the show did well in terms of viewership thanks to its quality and solid acting by a cast of lauded British authors such as Elaine Cassidy, Imelda Staunton, and Rupert Evans. The series was shot almost exclusively in the interior with some added footage depicting the splendor of the English countryside. The result is the conveyance of a tense claustrophobic feeling that is accentuated as the story runs its course. Fingersmith is first and foremost an invaluable chunk of historical fiction, a genre that is, in general terms, less appealing to the movie and television creators perhaps because of the high budget which is required in order to accurately represent a past time. This is an excellent choice for the genre's aficionados and those who haven't read the novel ought to get ready to embark on a rollercoaster of twists and turns that constantly turn the story on its head.

The first episode begins with Sue getting ready to move from her squalid place of living to Briar where she is going to be the new maid to Maud Lilly, a young woman living with her Uncle, a rare books collector who is more than strict with his niece. Nevertheless, Sue's installation in Briar has a secret cause as she is conspiring along with a shady young man known as the "Gentleman" who wants to become a lover of Maud's, marry her, and finally inherit her massive fortune. He sends Sue to Maud's house in order to keep an eye on her and make it easier for him to visit the house and get it on with Maud. However, things take a startling turn as Sue comes closer with her lady and starts to develop intimate feelings for her. Sue and Maud's relationship becomes stronger and stronger until the Gentleman enters the picture and threatens Sue that she will destroy her if she doesn't help him in his endeavor to marry Maud. Being in a dither and feeling ambivalent regarding the proper course of action that she will follow, Sue will have the rug pulled from under her feet when a stunning plot development capsizes the narrative and leaves the audience in awe.

This ravishing twists takes place in the middle of the show and the second half of the 3-hour TV series is left with a lot to explain as the viewer starts to doubt every single thing that he had been told so far. Indeed, the second part begins with Maud's recounting her sad life and thoroughly explaining the shocking plot event that dazzled and confused us a little while back. From then on, the story has more than one equally exorbitant twists with the screenwriter, Peter Ransley, remaining faithful to Waters' text and discarding any kind of deviation from his literary source. As a result, the three hours of the show's runtime pass smoothly and without a moment of tediousness as we relish the labyrinthine plotline fabricated by the British author who certainly is on top form here. I liked all the performances, though I must make a special mention to Imelda Staunton (Vera, Shakespeare in Love) who throws her weight around the role of Mrs. Suckby, the person who has the answers to Sue and Maud's burning questions, and Rupert Evans (American Pastoral, The Boy) who plays the "Gentleman" with a cold menace.

If you would like to explore further adaptations of the Fingersmith, you should definitely check out The Handmaiden, the South-Korean interpretation of Waters' novel, directed by Park Chan-wook (Oldboy, Thirst) and released in 2016. The experienced Asian auteur composes a colorful visual vortex of intense charm and elegance, while retaining the plot premise and shock value of the book. For me, The Handmaiden is close to a masterpiece and even though, as you can understand by reading my review, I've greatly appreciated the 2005 BBC adaptation, I have to say that there can be no valid comparison between the two. The South-Korean version stands out due to its aesthetic majesty, a trademark of its director, and the screenplay, which is a collaboration between Chan-wook and Seo-kyeong Jeong, the female screenwriter who has shined through her work in films such as Lady Vengeance and Thirst. The dialogue parts are well-crafted and demonstrate the talent of the writers who both capture the very essence of the novel's emotional and psychological status, sharply examining the main characters whose fate is revealed in the shattering denoument.

If you are a fan of Sarah Waters' writing, then you must unequivocally search for this British gem of a show as it will jog your memory and experience again the feelings that the book elicited at the time you read it. Nevertheless, it is also an optimal choice for all those who like their shows to recreate the reality of former times, but it will also appeal to the fans of twisty crime stories interspersed with lesbian love, family drama, and duplicity. I would wholeheartedly recommend it to all lovers of high-end television productions. 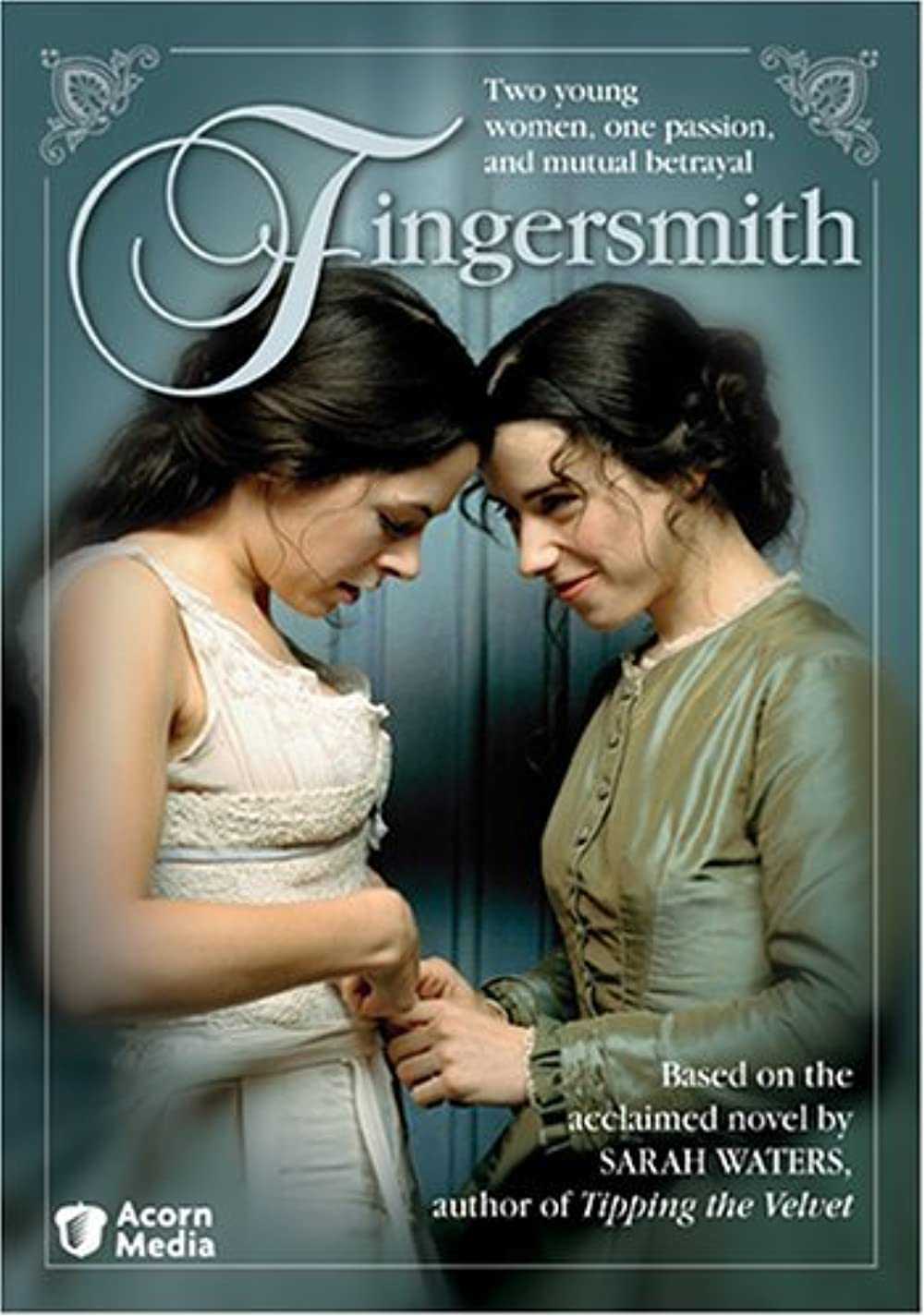