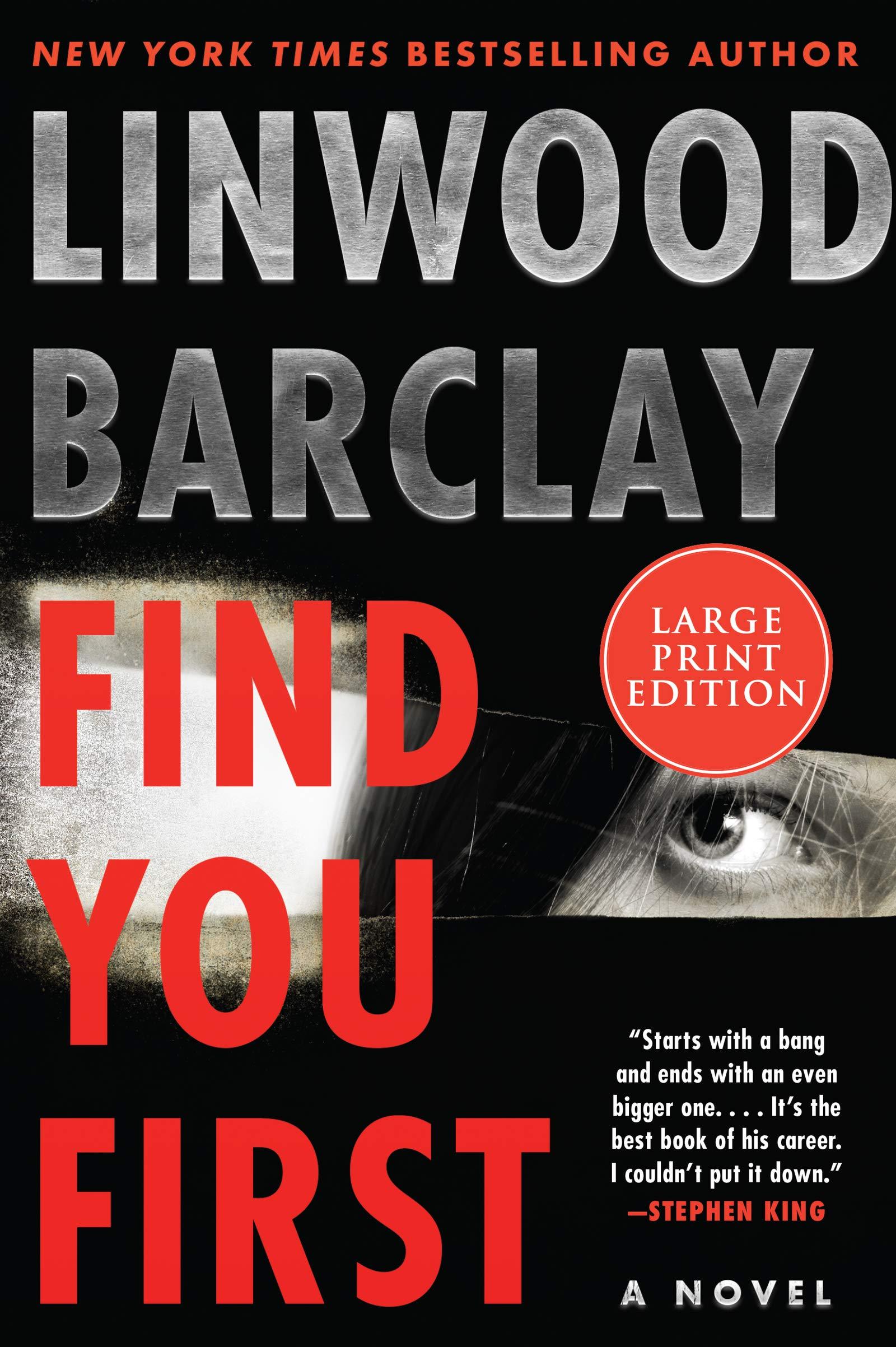 Even though I'm a loyal fan of Linwood Barclay's work and in the past I've massively enjoyed some of his novels such as The Tap in the Window and The Noise Downstairs, this one disappointed me as it lacks some of the author's trademark characteristics. The global readership knows Barclay as a talented and inventive writer of psychological thrillers who puts the emphasis on fast-paced, labyrinthine plotlines that are full of stunning twists and elaborate developments. Find You First has a rather interesting premise, but the evolution of the story is slow and the element of mystery is almost totally absent. The reader can figure out the villain from the first pages and from then we are witnessing the frantic attempts of the protagonist to save several people whose lives are in danger. I found the story to be anti-climactic and the main characters, more or less, bland while the plot is thin and doesn't succeed in holding the readers' attention. Nevertheless, I managed to finish the book only to be left with a bitter taste in my mouth in the end and I sincerely hope that this will prove to be only a parenthesis to the writer's body of work.

Miles Cookson is a rich and successful businessman running a tech firm designing Apps. When he learns that he suffers from a debilitating hereditary disease called Huntington's, he will have to reassess his priorities and reorient his life. Many years earlier, Miles became a sperm donor in a New York fertility clinic and now he wonders how many children he has fathered. He decides to track down his offsprings one by one in order to warn them about the possibility that they too have the same disease and to give them some money. When he finally manages to obtain the list of the children through shady means, he realizes that someone is killing them for a reason that he cannot fathom. Miles will have to race against time to save them and reveal the culprit. He will not be alone in this risky endeavor as one of his daughters, Chloe, will prove to be a valuable asset and ally as her thirst to meet her father and half-siblings make her all the more determined to overcome any obstacle. Miles and Chloe will team up and together they will delve into a murky world of hired assassins and omnipotent tycoons who conspire.

Barclay narrates the story through several points of view and this adds to a quick pace, even though this fact sometimes confuses the reader and interrupts the smooth flow of the story. The main problem in this book is the lack of suspense as there is no mystery involved in the plot. It is a rather straightforward adventure novel with elements of crime and splashes of humor. There are too many characters featured and this sometimes has the effect of creating a jumbled feeling to reader. Miles and Chloe, the two main protagonists, are not the characters that one can root for as their development is unsatisfying, even though they are not the typical unlikable fictional creations. I have to admit that I was expecting a lot more from a writer of Barclay's calibre and I prefer to remember him for his spectacular thrillers that made him one of the most beloved American crime authors. I will certainly read his next book, whenever it will published, and I will try to forget this latest writing attempt.