A worthy sequel to a classic Swedish crime film.

False Trail (original title: Jägarna 2) is the sequel to Hunters (1996), one of the cornerstone Swedish crime film productions, starring Rolf Lassgård as Erik Bäckström, a Stockholm-based police investigator who moves to his hometown in Norrland, in the northernmost depths of Sweden near the borders with Finland. There, he will find his brother, Leif, who gets involved in a case of murder. The claustrophobic, tense energy of the film originated in the well-known plot trope of a man against a small town, filled with secrets and conspiratory silence. The film, which was directed by Kjell Sundvall, the man who is behind the cameras in False Trail too, was well-received among both the Scandinavian and non-Scandinavian audiences and is today considered to be one of the 1990s films that acted as a herald of the upcoming Nordic noir cultural phenomenon which would expand rapidly and extensively in the second half of the 2000s. This sequel must be filmed by the same director as it would be easier for him to evolve the already-existing characters and continue, in a naturally flowing way, the story of the first film.

The movie succeeds as far as the quality of production is concerned and is as thrilling and absorbing as its precursor. Furthermore, R. Lassgård is portraying once more the protagonist, Erik Bäckström, also adding to the movie's coherence. Bäckström is drawn again to his hometown where a young girl has been gruesomely murdered and found with her innards missing in the forest. The local police force is led by Torsten, portrayed forcefully by Peter Stormare, the man who married his dead brother's wife and has adopted Leif's son, and Erik's nephew, Peter. Erik will be initially welcomed warmly by the local officers as he is a legend in the police force, but soon things will escalate and he is gonna suspect that Torsten has something to do with the murder, perhaps he is even the perpetrator himself. When his suspicions will be confirmed, he will have to take responsibility for Leif's family who is living with a brutal murderer. Erik will attempt to redeem himself from the tragic past that we witnessed in Hunters, and help his brother perhaps for the first time in his life.

Both Lassgård and Stormare constitute a mesmerizing duo and they are remarkable in portraying truthfully two characters who seem three-dimensional rather than cardboard constructions. Here, it should be also mentioned that the dialogue in False Trail is of equal quality to Hunters, maybe even better. Stefan Thunberg, the author who wrote along with Anders Roslund the "Made in Sweden" books, is one of the film's screenwriters and his extensive experience in writing for television series (Beck, Wallander, Farang, Fallet) is evident in the movie's interactions between the characters. This picture has a more optimistic finale than its prequel, and there is a light at the end of the tunnel for both Erik and Peter when the credits roll.

To sum up, False Trail doesn't disappoint the viewer who has seen its prequel and continues the story of the original, successfully, concluding Hunter's plotline. Nevertheless, it is not a picture that you will find in best-of lists, etc. It is a rather underrated movie that is worthy of every loyal Nordic noir aficionado's attention. The production team, director, actors, writers, etc. are all top-notch and guarantee a more than entertaining viewing experience. If you haven't seen Hunters, you may not appreciate some crucial character change and evolution, so perhaps it would be best to begin by watching the 1996 prequel. You will not regret it. 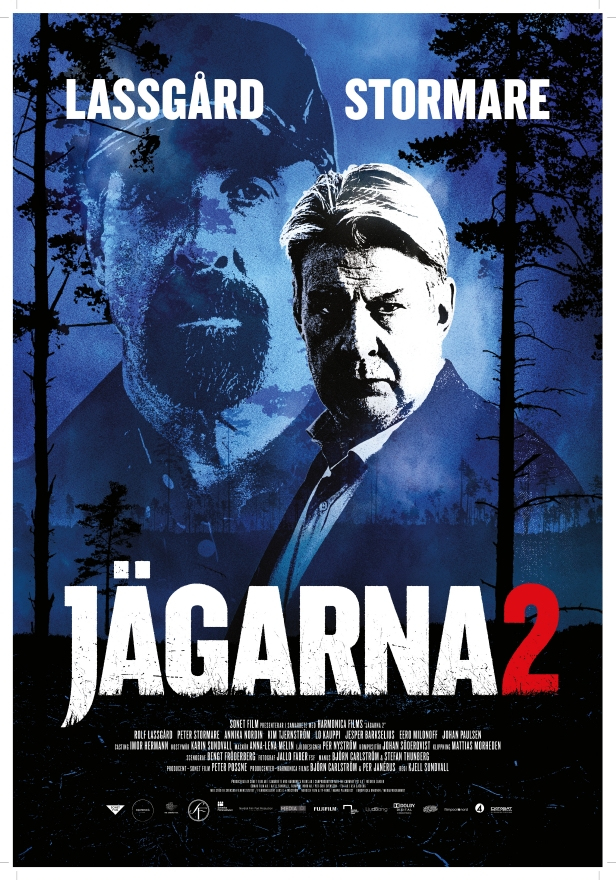