Falling Freely, as If in a Dream

The conclusive chapter in a landmark trilogy. 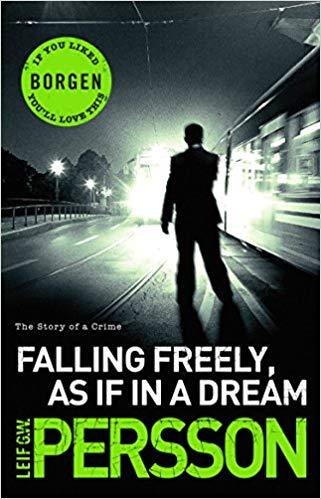 This is the third and final book in the legendary ''Fall Of The Welfare State'' trilogy, written by the Swedish top criminologist and crime fiction writer, Leif G.W. Persson. I should mention that it is not by any means necessary to have read the first two books (Between Summer's Longing and Winter's End, Another Time, Another Life) to understand what is going on as far as the plot is concerned but readers who did will have a more thorough picture of the -many- characters in the novel. The main protagonist is once again Lars Martin Johansson who is now close to retirement and attempts to reopen a case that besets the Swedes for more than three decades and of course that is the murder of the Prime Minister of Sweden, Olof Palme, on Friday, 28 February 1986. The assassination took place on the central Stockholm street Sveavägen, where a -still- unknown perpetrator shot Palme while he was walking home along with his wife, Lisbet, returning from a cinema night-out unattended, without any police protection or bodyguards. The police got in the crime scene almost ten minutes after the attack and what seemed at first to be an easy arrest in a matter of hours became one of the most discussed riddles in the European political scene.

Johansson assembles a small, but effective, team of honest and dedicated police officers who are charged with the task of re-examining the vast amount of evidence collected throughout decades of police work, to detect any possible mistakes or things that were overlooked by the officers who investigated the case in the past. This is a work of fiction, but most of the facts surrounding the murder are real and is some parts it feels like watching a documentary which narrates the cold, hard evidence of this tragic assassination. Persson is an experienced author and succeeds in balancing a fictitious plotline with the sheer reality.

As one may expect there are various theories about who indeed killed Olof Palme and in the more than 700 pages (!) of Falling Freely As If In A Dream, we learn a lot of things about, for example,the original prime suspect, Christer Pettersson and the whole ''solitary madman'' argument, or the so-called ''police track'', thus the assumption that the Palme assassination was organized and executed by the people who were high on the Swedish police hierarchy. Persson offers some explanations created by his vivid writer's imagination that seems plausible to the reader and makes for an exciting, apart from educating, read

.Readers who are familiar with Leif G.W. Persson body of work will be delighted by the fact that one of the main characters in this book is the mercurial and -many times- outrageous Evert Bäckström, who, as always, adds a comical touch to the dark and complicated story. This is the absolute must-read for everyone who claims to be a true fan of Scandinavian (crime) fiction and it will certainly also appeal to those who take an interest in the European political history.

P.S. If you are interested in a true crime book about Olof Palme's assassination, I recommend Blood in the Snow by Jan Bondeson which offers an excellent account of the event and its consequences. The cinema fans will want to check out Sista Kontraktet (The Last Contract), directed by Kjell Sundvall and starring Mikael Persbrandt, a fictional story based on the actual murder of the Swedish Prime Minister.

Falling Freely, as If in a Dream

Fall of the Welfare State #3