Christoffer Boe's Face to Face has been one of the few Nordic crime television series that dared to endorse innovative ways of storytelling and, as a result, the production stood out because of its original narrative structure. In the first season of the show we followed Bjorn Rasmussen's crusade to find the killer of his beloved daughter Christina who was found dead under suspicious circumstances. The plot unfolded over the course of eight episodes and in each one the audience witnessed Bjorn's frantic attempts to interrogate all those involved in his daughter's last moments and discern the truth from all the lies thrown at him. Bjorn's one-to-one conversations propelled the action forward and the viewers' attention was captivated by the well-written dialogue. The first cycle ended with a bang and Bjorn is now incarcerated in a Danish prison paying for his deed.

In the second season the protagonist is Bjorn's wife, Susanne. Still grieving for Christina's death which occurred less than a month ago, Susanne who is a certified psychologist and hypnotherapist receives a visit from a rather obnoxious man, John, who visits her under the pretense of wanting to give up smoking. During the hypnotism, John confesses to Susanne that he is a serial killer and that he is planning to commit another murder of a young girl at that day. Susanne is rattled and she decides to immediately contact her husband ex-boss, Richard Lund. Nevertheless, Richard seems skeptical and his behavior comes across as dubious. Therefore, Susanne will set to begin her own personal investigation on the case as she mistrusts the official authorities. She will gradually approach the elusive John through a series of eight face-to-face interactions with key individuals.

One of the reasons that the first season was such a success was the brilliant outlining of the protagonist, Bjorn Rasmussen. Ulrich Thomsen, a veteran Danish thespian, gave an impressive performance as the mourning father who is dead set on finding the person responsible for his daughter's demise. His harsh physique and abrupt attitude convinced the audience of his resolve to get to the bottom of the case and expressed vividly his ineffable pain. Trine Dyrholm, an equally competent and experienced actor, is an equally stimulating character who shares the same persistence as Bjorn while her professional experience as a psychotherapist further aids her to see through people and read their minds correctly. Bjorn and Susanne meet again in the fourth episode of the latest season when she will visit him in prison in order to obtain information relevant to her inquiry.

The cast features a multitude of popular and successful Danish actors such as Dar Salim, Danica Curcic, Pernille August, Søren Malling, and Olaf Johannessen. Fanny Leander Bornedal (Bron/Broen-Season 4) shines in the role of Sapphire, a young prostitute who is John's intended victim. Her great looks combined with her obvious acting talent deem her as one of the most outstanding members of the ensemble. Olaf Johannessen is persuasive as the villain, John, and his sinister figure makes for a terrifying antagonist looming over the story. All the members of the cast give their best and the structure of the eight separate encounters of Susanne with each one of them allows their performances to breathe and develop naturally. On the downside, the ending is a bit anti-climactic and leaves something to be desired unlike the thrilling finale of the first season that was both unexpected and cathartic.

Overall, I would say that the second season of Face to Face is worthy of your attention and viewers who enjoyed the previous cycle will be most probably satisfied. Keep in mind that there are several crucial references to the events of the first season and it would be best if you watched this show in order. It will help you to better understand the plot and become acquainted with some of the major players of the story. The mesmerizing soundtrack completes the picture of one of the most compelling recent Danish crime television series. The short episodes, 25-30 minutes each, further accelerate the tempo resulting in a rather quick watch. Recommended. 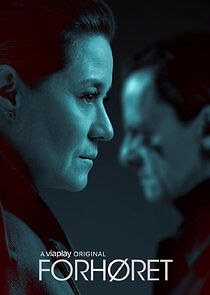