A second-rate occult mystery from Denmark.

During the last fifteen years, a vast array of Nordic crime fiction television shows have been aired and some of them acquired legendary status while others failed to meet the audiences' high demands. Equinox is a 2020 Danish production that belongs to the latter group, despite the carefully selected cast and interesting cinematography as it lacks a coherent plot, the story is bland, and the supernatural element is not harmonically integrated into the narrative. The producers attempted to create a series that would combine many different genres such as horror, crime, mystery, and whodunit, but the final result is less than satisfying as Equinox is a show that resists strict genre categorization for all the wrong reasons. The horror dimension, which supposedly would make this production stand out from other Scandinavian crime shows, is handled amateurishly and fails to convince the viewer who wants more than a few dream sequences where everything is foggy and an ancient monster-like figure lurks in the shadows. The mystery part and whodunit are almost non-existent as everything is explained in the first two or three episodes while the villain is clearly pointed out in the middle of the show. What is left, is a lukewarm storyline with many sub-plots that are so cliched and simplistic that become almost laughable.

The protagonist is Astrid (Danica Curcic) whose sister, Ida (Karoline Hamm), disappeared without a trace twenty years ago and nobody has ever heard of her since. Ida vanished on her graduation day as she, along with her best friends, Jakob, Amelia, and Falke, was riding a truck heading to a place where they could celebrate their last day at school. Today, Astrid is severely traumatized by this event and when she receives a phone call from Jakob in her radio show claiming that he knows what happened to Ida, she decides to return to Copenhagen, where her family is still living, to investigate the case that haunts her since her childhood. She will have to overcome her father's reluctance to help her in her endeavor and she will be shocked when she learns that Jakob has committed suicide soon after he made that phone call to her. Astrid will approach every single person connected to her sister and also her mother who has separated from her dad and now lives on her own in the old family's house.

The story is narrated through flashbacks in the past where the audience witnesses what happened soon before and soon after Ida's disappearance, while in the present timeline we follow Astrid's lonely quest to uncover the truth about her sister's fate. She is insistent and determined to get to the bottom of it because her bond with Ida was very strong as we see in some of the flashback scenes. Danica Curcic (The Absent One, Nobel, The Mist) delivers a decent performance as Astrid and the pain that the character feels is evident in the Serbian actress's facial expressions and body language. Veteran Danish thespian Lars Brygmann (Dicte, Borgen, A Funny Man) is splendid, as always, in the role of Astrid's father who tries to protect his daughter from truths that would devastate her. Karoline Hamm (Darkness: Those Who Kill) and Fanny Leander Bornedal (Journal 64, Bron/Broen) prove that there is a bright future for Danish cinema and television as they are both great in their respective roles.

The main problem with Equinox is its weak screenplay and implausible story which is narrated in a dull way and without the proper pacing. The climax in the final episode is thoroughly disappointing as there is nothing left to be explained while the revelation of the culprit is so predictable that leaves a bitter taste to the audience. From my experience, the best TV shows are those which are based on novels and this has been proved on numerous occasions in the past. Unfortunately, this is not the case here and it shows. This is not a series that you will remember for a long time after watching and it seems that lately, Netflix opts for mediocre productions that taint the Nordic noir genre as a whole. Let's hope that this will be the last of inferior Scandinavian productions and that we will soon watch shows analogous to those that made this genre our beloved one. 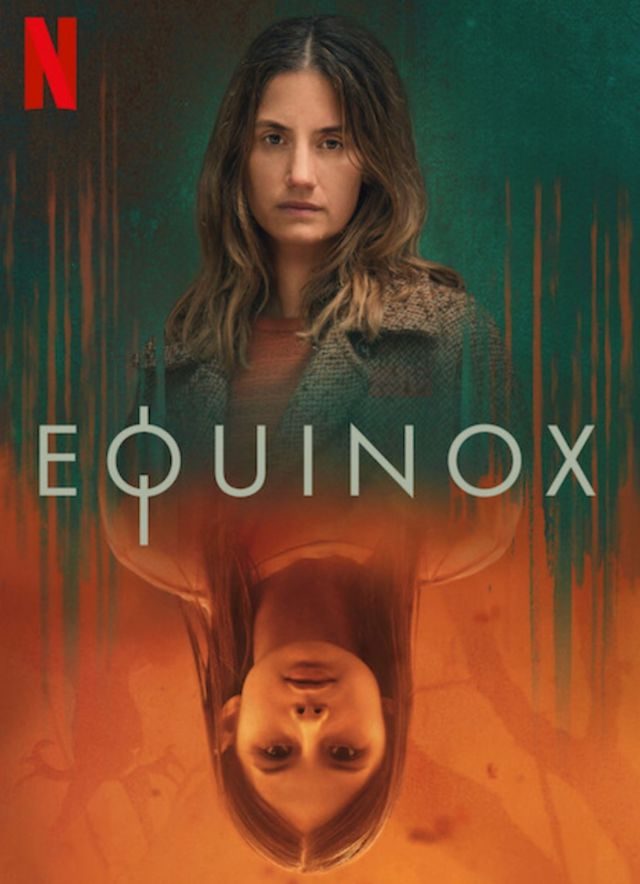