"Fear is the mind killer".

The battle for the control of the Planet Arrakis begins in Denis Villenueve's long awaited feature film adaptation of Frank Herbert's classic novel, Dune, the first installment of the legendary "Dune" saga. This movie is the first in an intended series as the Canadian director is about to direct at least two more films, completing the original story as written by Herbert. Villeneuve is known as a bold auteur who dares to shoot remakes of notorious movies such as Ridley Scott's Blade Runner and here he succeeds in creating a futuristic, sci-fi epic drama that shines due to its spectacular visual and sound effects, great performances by the well-selected cast, and an imposing soundtrack that cloaks and envelops the many action sequences.

There had been several attempts to animate Herbert's spectacular cosmos in both the cinema and television screen. The most notable one is David Lynch's 1984 film starring Kyle MacLachlan and Francesca Annis. Even though the grand surrealist director adopted a rather straightforward approach to the text, the movie was readily dismissed by the critics and it is still considered to be one of Lynch's weakest moments to date. Villenueve's edition is more affluent but, of course, there is a forty year gap dividing the two films, thus rendering invalid any kind of comparison. The special effects technology has evolved in a rapid manner throughout the last few decades and it is reasonable to regard movies from the eighties as obsolete.

Planet Arrakis, known as Dune, is a faraway world, set chronologically in the distant future, where the noble House of Atreides and the barbaric horde of Harkonnen are striving to gain control of its most valuable element: the spice. The spice is a hallucinogenic condiment and the source of every form of energy. The clash of the two Houses is also a clash of civilizations as the Atreides originate from the earth-like planet of Caladan, while Harkonnen inhabit the dark space of Giedi Prime. The former are of an aristocratic extract, a gentle species driven by high moral values and a particular code of honour. Harkonnen, on the other, hand are fierce warriors, though their existence is based on greed and deception.

The two opponents encounter each other in the challenging terrain of Arrakis and the Duke Lito Atreides leads the transportation of the House's forces in the far-flung planet. Lito's son, Paul, is a young man who is haunted by disturbing visions that escalate to something more sinister as he arrives in Dune. Paul feels like he is about to fulfil his destiny that is inextricably linked with Arrakis and its native population, the Fremen. Along with his mother, Lady Jessica Atreides, he will embark on a treacherous adventure when things go pear shaped and their House is betrayed by the Emperor. The two of them will be on the frontline of the sequel as the ending indicates.

Dune is much more than a well-shot sci-fi movie as Herbert's pen designed a whole new universe, an interstellar society which lives by its own rules and customs. The feudal structure of the civilization brings on the forefront tension and a collision between the two major Houses. The Baron Vladimir Harkonnen, extravagantly played by Stellan Skarsgård, is always ready to form unholy alliances in order to retain his power over Arrakis. His exorbitant physical appearance adds to the overall repulsiveness of the character and his commanding presence on screen is one of the film's greatest attractions. Duke Lito Atreides is a more tame character and we get to see him in his most intimate moments talking with his son, preparing him for what will follow after their arrival on Dune.

Villeneuve bombards the audience with information about life in Arrakis and, especially in the first part of the movie, some may feel that there is a bit too much exposition. Nevertheless, it is essential for the viewer to become acquainted with some of the most significant facts of living in Dune as there is no other way to follow what's happening on screen. It's impossible to watch and fully appreciate Dune without the aforementioned knowledge, except if you have read the novels. It is a planet filled with perilous creatures such as The Worm, the inhabitants are a nomad-like population bearing its own tradition and etiquette, which is more than often misunderstood by the outsiders, and it is ruled by the obscure figure of the Emperor.

The performances by all the members of the brilliant cast are first-class and I specifically liked Timothée Hal Chalamet in the role of Paul. Chalamet portrays Paul with a mixture of determination and vulnerability rendering his character a memorable hero. Rebecca Ferguson is equally fascinating as Jessica Atreides, while Jason Momoa and Josh Brolin are decent as Dunkan Idaho and Gurney Halleck respectively. Javier Bardem makes a brief appearance as the leader of the local Fremen group and I suppose that we will see a lot more of him in the next installments of the saga. The supporting cast is also doing a fine job with the most prominent example being Charlotte Rambling in the role of Reverend Mother Mohiam.

As I haven't watched previous films by Dennis Villeneuve, I have to admit that I was impressed by the clarity of his direction and I also liked that the film remains loyal to the original source of the book. Villeneuve grasps the meaning of epicness and his grandiose style got me hooked from the first few minutes of the movie. Get ready for a stark audiovisual trip into the inland of the bizarre planet Dune and remember that the story has just begun. Part two is in the pre-production phase and I imagine that it will be released in 2023. 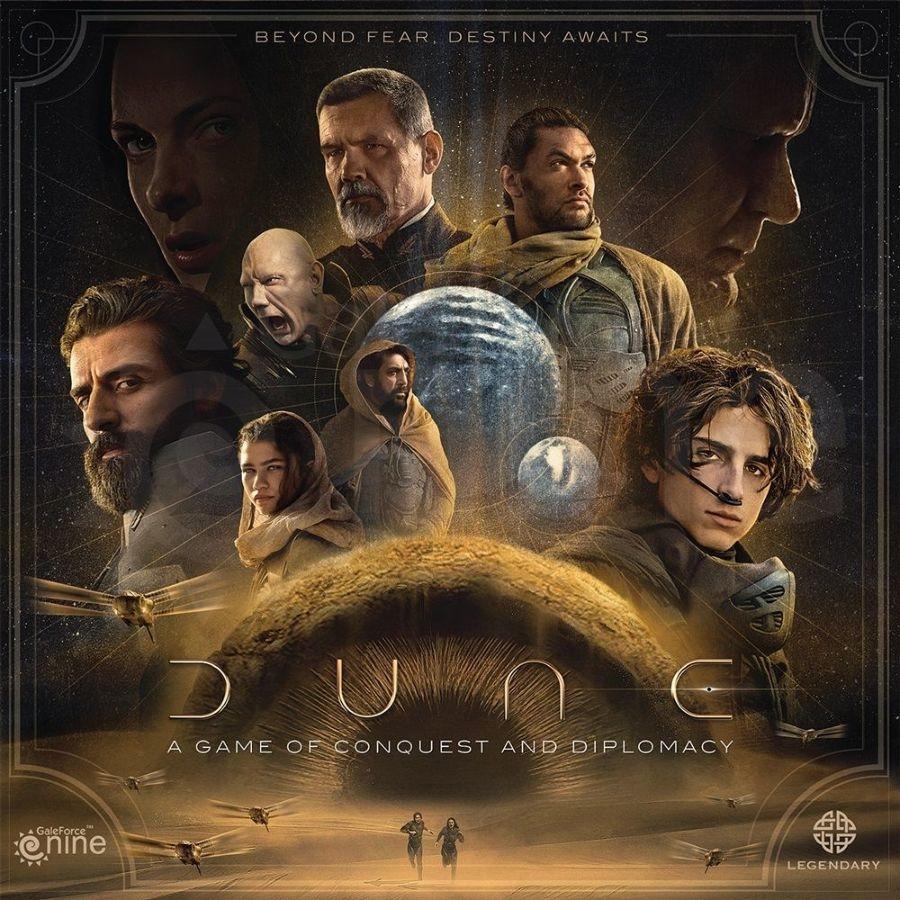