The very definition of film-noir.

This a true classic, directed by Billy Wilder and starring Fred MacMurray, Barbara Stanwyck and the giant of the silver screen, Edward G. Robinson. Double Indemnity is based on a novel by James M. Cain who also wrote the script of the movie with one of the legends of American hard-boiled crime fiction, Raymond Chandler.

The film has all the necessary ingredients of a classic noir story, a damsel in distress, Philys who plots her husband's murder along with Walter, an insurance salesman who convinces her to commit the murder in a way that will make them also rich by taking the accidental death insurance money from Walter's firm. But they are not in luck as the claims man of the firm, Keys (E.G. Robinson), is a brilliant investigator with a killer-hunch who soon becomes suspicious of the incident and manages to finally work it out.

The plotline is reminiscent of another J. M. Caine's novel which was also adapted for the big screen, The Postman Always Rings Twice and keeps the viewer glued to the screen. The acting is impeccable with E. G. Robinson in the role of Poirot-like claims man with an abundance of active grey cells who always finds out the truth behind dubious incidents. If you still haven't seen this masterpiece, it is time to take a seat and devour one of the legendary films of the genre. 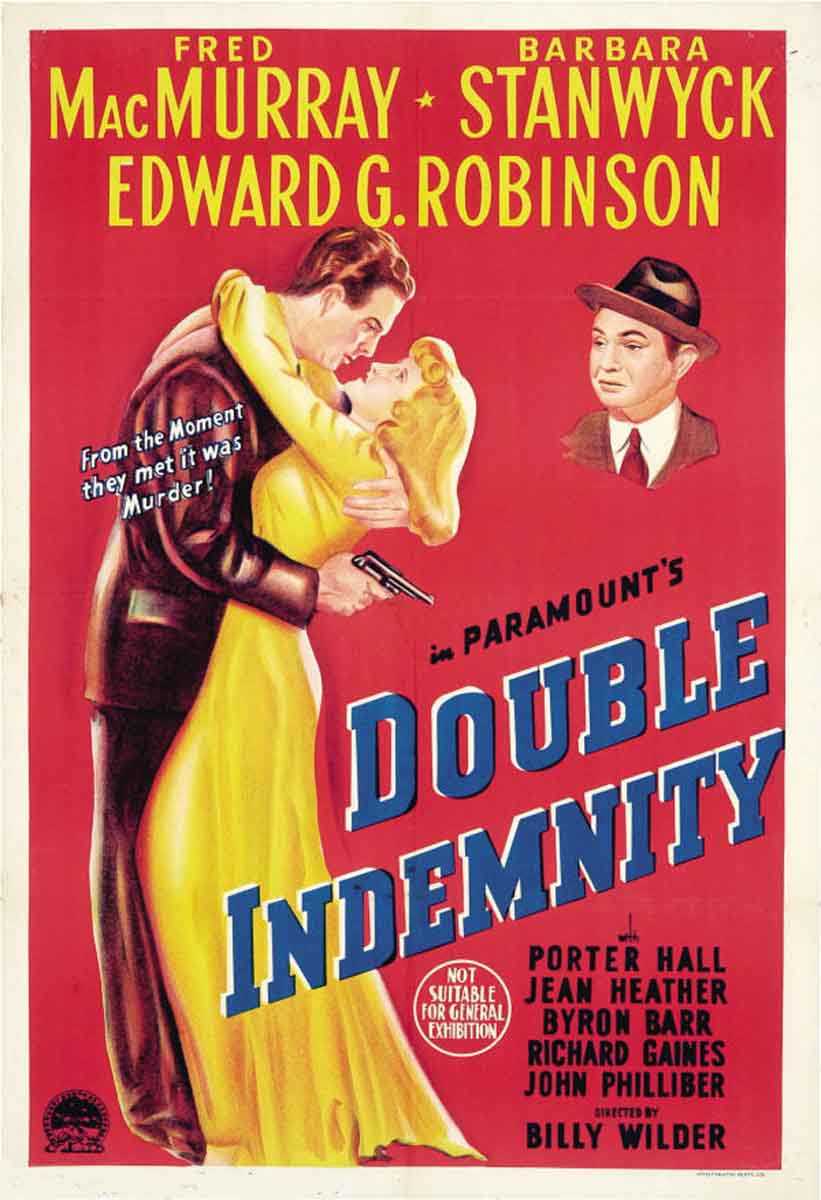