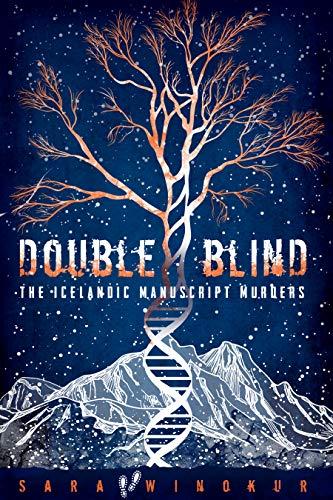 The relationship between Iceland and Denmark has been a tense one since time immemorial as the Danes have ruled the remote island located in the North Atlantic ocean from the 1600s until 1944, the year in which Iceland declared her independence taking advantage of the Nazi occupation of Denmark, a harsh reality that forced the local politicians to give up one of the country's most prosperous colonies. Nevertheless, it was the subject of the precious Icelandic manuscripts containing the legendary local sagas, documents recounting heroic Viking raids, bits and pieces of Norse history and mythology, as well as morsels of the old ethnic religion, that caused one of the longest-standing and most severe frictions between the two Nordic countries. The Danes stole the manuscripts in the early 18th-century and transferred them to the University of Copenhagen where they remained for more than two centuries before an agreement was achieved, one that allowed the majority of the manuscripts to be repatriated during the years from 1971 to 1997. However there are still some documents left behind in Denmark and the Icelanders are demanding their safe return to their country of origin.

The above introduction is necessary in order to make a proper review of Sara Winokur's debut novel Double Blind: The Icelandic Manuscript Murders as in her first writing attempt the American author dares to set her story in a foreign country with a long, refined tradition and concocts a plot that involves the use of the Icelandic sagas which, in the context of the book, act as a riddle needed to be solved by the protagonist in order to prevent murders of innocents. Winokur certainly made an extensive research on the local history and social customs as it is evident in her text which is brimming with information regarding the Icelandic culture that is often juxtaposed with that of Denmark's through the interactions between the protagonist, Brynja, and her newly appointed assistant, the Danish intern Elly. Apart from the insights on the country's cultural heritage, the novel also encloses information about the bewitching, in spite of being uncharted territory for me, world of genetics and the facts surrounding the DNA evidence that brought a revolution in the field of forensic science. Winokur is a molecular geneticist herself and her professional as well as academic experience becomes apparent in the parts where she attempts to explain in the simplest terms possible some snippets pertaining to the subject.

The heroine, Brynja, is a 27-year-old forensic geneticist working in Iceland's largest DNA database in which the vast majority of the local population is archived according to their unique genetic identity. Brynja's job is to help the police investigations that demand the analysis of DNA samples in order to identify victims or possible perpetrators. Thus, her professional life includes the close collaboration with the top-brass of the law enforcement, something that often causes her headaches as there are always those who question her authority and disparage the quality of her conclusions, even if Brynja is always trying to work methodically and consciously, sternly believing in the significance of her duty. Her engagement with the country's prime minister, Ari, makes things even more complicated for her as it generates numerous comments concerning the possibly unmeritocratic nature of her appointment as chief in one of the most prestigious public institutions. But there is more to the character as we learn even from the first, introductory chapter of the novel.

Twenty years earlier, Brynja and her twin brother Lucas sneaked out from their house in order to attend a local fair despite their father's reluctance to let two 7-year-old kids strolling around completely on their own. Brynja swears that she will keep an eye on her brother and vice versa, but their outing ends up in a tragedy as in a moment of distraction, Brynja loses sight of Lukas and he then disappears without a trace. Her profound feelings of guilt about his brother's fate still haunt her and her own father finds it hard to forgive her for her negligence even if more than two decades have passed since the incident. Thus, when she receives a cryptic poem insinuating that perhaps her brother is still alive and that the author of the mysterious verses may know his current whereabouts, Brynja will employ her supreme intellectual skills in order to decipher the meaning that lurks behind the few lines written on paper. At the same time, she will have to act professionally and close the open cases that require her involvement as far as the DNA tracing is concerned. In her quest to find the truth behind her brother's disappearance, Brynja will have the precious help of her best friend from her childhood, Stina, as well as her fiance's, the prime minister Ari.

Things become grimmer when people who come in direct contact with the letters that keep being sent to Brynja, die under dubious circumstances. The protagonist must fit all the pieces of the jigsaw puzzle together in order to achieve her primary goal to find her brother and also save her own life from a villain whose intentions and motives are less than clear. Double Blind is a fast-paced crime thriller with a rich, dense plot that is further embroidered with bouts of information regarding the ancient Icelandic sagas as well as the process of DNA analysis. Perhaps, there are some parts that could be omitted as they are inconsequential to the story and feel redundant. There were times when I thought that the author emblazons her knowledge in the aforementioned topics, forgetting that they contribute nothing to the actual narrative. Apart from that minor oversight, Winokur keeps the reader on tenterhooks throughout the novel and the mystery intensifies as the story reaches its final climax. I found the ending to be dignified, without being extravagantly shocking or full of implausible plot twists as we often encounter in the novels of the genre. The prose is simple and austere, rendering this work easily readable while the accurate characterization is the most prominent aspect in this book.

I liked Brynja and I think that there is a lot of room for further development of her character. It would be nice if we had the chance to read a second novel featuring the same protagonist as this is a title that, despite the author's inexperience, succeeds in titillating the reader's imagination by transporting him to the exotic Icelandic landscape that remains one of the most felicitous terrains for a crime story to unfold. Furthermore, those who like their crime story to be interspersed with keen observations of the local society and its tradition will find in Double Blind an excellent guide to the most intriguing and treasured Icelandic sagas. The book prompted me to search about the diachronic clash between Denmark and Iceland and more specifically everything concerning the battle of the stolen manuscripts that remains a hot issue even today. Fans of Icelandic crime fiction will love this one and they will certainly have a hard time discerning the fact that the author is actually a non-native. Through the work of writers such as Winokur, the Nordic noir genre gets sharpened and evolves into something new, introducing twists on the overused themes and tropes that, let's face it, have fatigued even its most steadfast fans.