It's been a while since I've watched a Danish crime television show and, unfortunately, the outcome was less than underwhelming. Even though DNA has been on my to-watch list for a rather long time due to its intriguing plot synopsis and a fabulous set of renowned thespians, the series lacked cohesion and the character development was nearly non-existent. Torleif Hoppe, an acclaimed Danish screenwriter who has worked in some of the most significant television productions of the genre such as Forbrydelsen, Those Who Kill, and Bron/Broen, is the creator and producer of this show and the cast is comprised of a group of seasoned Danish actors such as Anders W. Berthelsen, Nicolas Bro, Trine Pallesen, and Louise Mieritz. Charlotte Rampling is also cast in the role of a French police officer who helps the Danish police in a complex investigation involving an international child trafficking ring. There are some merits to the production and the photography is perhaps the most outstanding one, but the story is filled with plot holes and the protagonists are so superficial and one-dimensional that become almost laughable. The dialogue is stilted and feels theatrical in the worst possible way, while the few interesting moments in the show are credited to the craftsmanship of the directors, Hernrik Ruben Genz and Kasper Gaardsøe, who offer some truly well-shot scenes that distract the audience from the wreck of the badly-written script.

The first episode begins with Rolf Larsen (Anders W. Berthelsen), an experienced police investigator of the Criminal Investigations Department, taking on a case of a baby's disappearance from her nursery in Copenhagen. The kid's father is considered the prime suspect during the early stages of the investigation, but soon the trail leads Rolf to Poland where there is a witness who has seen the little girl, Minna, with an unknown man. Rolf decides to travel to Poland in order to interview the witness and Jarl Skaubo (Nicolas Bro), a forensic scientist, accepts to accompany him in this trip. The only problem is that Rolf is the father of an 11-month-old girl, Andrea, who is stuck with him as her mother works as a flight attendant and is out of the country for the moment. Thus, Rolf takes his daughter along with him in the ship travelling to Poland, a decision that will mark his life forever as little Andrea will disappear from her pram during the time in which she is left unattended for a brief period of time by her father.

Five years go by from Andrea's disappearance and her tragic fate has taken a huge toll on Rolf's life. He is transferred from the Copenhagen CID to a faraway police station where he works in uniform and deals with minor incidents, while at the same time struggling to get his life back in track. He is now divorced from his wife, Maria (Johanne Louise Schmidt), and he is convinced that his child is not dead but abducted perhaps by the same perpetrators who took Minna. When Rolf's colleague, Neel (Olivia Joof Lewerissa), arrests a well-known offender whose DNA is not registered in the national database, Rolf is certain that there is a major flaw in the system, an error that may be responsible for the unsuccessful attempts to arrest Minna's abductor five years earlier and he also sees a possibility that this new development may impact the search for his missing daughter.

This is the main storyline of the series, but there is also another one that runs in parallel, a sub-plot narrating the frantic attempts of a young Polish woman, Julita (Zofia Wichlacz) to save her new-born baby from the hands of a vicious ring that sells babies to the highest bidder around the world. Julita's story is crucial to understand the general context in which the main storyline is incorporated and as the plot evolves, the audience can trace the connections between them. In fact, this sub-plot is far more intriguing than the primary one and it would be great if the creators of the show focused more on Julita's journey to reclaim her snatched baby. There is also an attempt at a double-timeline narrative which is lost in the general confusion of the script and the final result is a jumbled, chaotic narration that perplexes and irritates the audience.

Many may think that I'm a bit too harsh on this show and perhaps this is true, but I prefer to keep high standards, especially as far as my beloved Nordic crime television series are concerned. I didn't find DNA even remotely entertaining and I only watched it until the final episode in order to be able to write a thorough review. It is such a shame watching a show casting some of the most important Danish actors of their generation ending up in a fiasco. I sincerely believed that Torleif Hoppe's involvement as an executive producer and a screenwriter would guarantee a compelling watch, but I was so wrong. If you are a fanatic of Scandinavian crime fiction and you enjoy dark, grim crime/thrillers featuring strong, labyrinthine storylines that experiment with various narrative techniques, then DNA is definitely not to be added to your watchlist. There is a multitude of much better Nordic thrillers out there that are bound to enthrall and satisfy your demands. 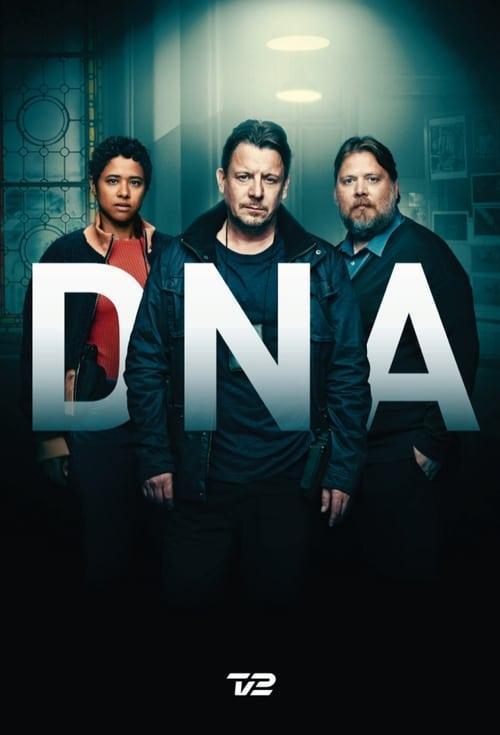