A below average adaptation of Patricia Highsmith's classic thriller.

Every silver-screen adaptation of a novel written by Patricia Highsmith is an event that the global audiences tend to instantly embrace as the idiosyncratic American author has penned some of the most intense psychological thrillers of the 20th century. Her most popular fictional creation, the cynical and stylish Tom Ripley, a man lacking any conventional moral compass and acting without a shred of scruples, has been embodied by several notable actors through the course of the previous decades with Matt Damon. Dennis Hopper, and John Malkovich being the most prominent ones. Apart from the Ripley saga, which consists of five books in total, directors from all over the world attempted to visualize on screen some of the most compelling Highsmithian thrillers with the final result varying in terms of quality and dynamism from movie to movie. In my opinion Hossein Amini's The Two Faces of January featuring Viggo Mortensen and Kirsten Dunst as the protagonists as well as the 2015 film Carol by Todd Haynes starring Cate Blanchet and Rooney Mara are two of the brightest examples as both movies are faithful to the original source, treating the text with the respect it deserves while effectively highlighting the eccentricities of the main characters in a measured, plausible way.

Sadly, Deep Water proves to be a rather shallow viewing experience, even though the director, Adrian Lyne (Jacob's Ladder, Flashdance, Fatal Attraction), doesn't attempt to alter the defining aspects of the story as narrated in the titular novel. As all those acquainted with Patricia Highsmith's work are aware, she is fixated with certain themes that recur in her books and they are always closely related with obsession, the thirst for revenge, and the outbursts of senseless violence by the characters who espouse a distorted concept of love which often becomes synonym of compulsion. The Highsmithian heroes live in the margins of society, fighting the demons that ravage their minds and souls and it seems impossible for them to achieve peace and serenity as their behavior is dictated by emotional forces beyond their power of control. In their struggle to find satisfaction, they tend to objectify the others who, in their eyes, become lesser than humans, thus easier to exploit and manipulate in order to get closer to their target. A stalker is one of Highsmith's archetypical protagonists, a man who becomes infatuated with an image and never lets go even if that means committing atrocious acts of violence.

In Deep Water Highsmith in another favorite motif of hers, that is spousal jealousy, Vic (Ben Affleck) is married with Melinda (Ana de Armas) and as it is evident even from the opening sequences of the film, their relationship is an unconventional one. Melinda exhibits and infuriatingly noticeable promiscuous behavior and she doesn't hesitate to flirt and make out with other men in front of her husband's eyes. Despite Melinda's flagrancy, Vic seems to be nonchalant and retains his cool, nevertheless when he approaches one of his wife's latest lovers to make small talk, his words and overall attitude convey a veiled threat of violence. In order to become more convincing, Vic takes advantage of the disappearance of Martin McRae, one of Melinda's former boyfriends, by claiming that he killed him, thus rendering his threat more plausible. Vic's outrageous declaration provokes severe reaction both from Melinda and their shared group of friends as it is considered a rather morbid joke and Vic is forced to apologize to the young man whom he threatened. As his wife's new lovers succeed one another, we watch Vic's dark side beginning to emerge and when the young man who gives Melinda piano lessens is found drowned in the pool during a party in a friendly house, Vic becomes the prime suspect.

The plot is simple and the emphasis is put on the protagonists', mainly Vic's, distraught state of mind that leads to a chain of murders that he has to cover up if he wants to remain out of prison. Ben Affleck's rendition of his role as the silent but dangerous, borderline deranged due to his obsessive jealousy over Melinda, Vic is disenchanting and ultimately unconvincing. Affleck is an artist who is better working behind the camera as a director and there are few films in which his performance on screen was above average. It's a shame as Vic's role is the main focus of the story and his weak portrayal retracts points from the overall assessment of this production. Ana de Armas counts more on her stunning looks than her actual acting talent and her presence is at times annoying, forming an offbeat couple with Affleck which leaves the audience to wonder if this movie would be better if the duo of the protagonists were replaced. Tracy Letts, the American playwright and screenwriter, known mainly through his work in theater with plays such as Killer Joe and Bug also participates in the cast holding a secondary, however significant, role and his brief appearances on screen feel like an oasis in an otherwise badly acted film. I can't say that there is another actor from the supporting cast that stands out and this has as a result the aggravation of the above observation regarding the quality of the performances in Deep Water.

This is a flick that is supposed to be brimming with suspense, a trademark of Highsmith's writing, but the flat direction doesn't allow the story to breathe properly and develop in an organic way. The movie could be easily 30 minutes shorter as there are plenty of scenes, especially during the first half, that add nothing to the plot, while the sex scenes between Vic and Melinda come across as stilted and provoke laughter from the audience. If you want to delve into the psychologically taut universe of Patricia Highsmith, you should read the novel and skip this failed attempt at a decent adaptation. If you insist on watching Highsmith on the big screen then check out Anthony Minghella's The Talented Mr. Ripley and The American Friend by Wim Wenders. There is also a little-known German film available free on Youtube titled Die gläserne Zelle (The Glass Cell), an atmospheric adaptation of a psychological thriller written by Highsmith in 1964. To conclude, it is disappointing to see that a director of Adrian Lyne's standing, who has proved in his prior work that he has an eye for the detail and dares to create films of various different genres, is the man responsible for this mess of a movie that certainly doesn't do justice to Highsmith's titular novel. There are tons of similar quality films produced today and Deep Water has nothing new to offer to the audience who remains thirsty for above average adaptations of classic books. 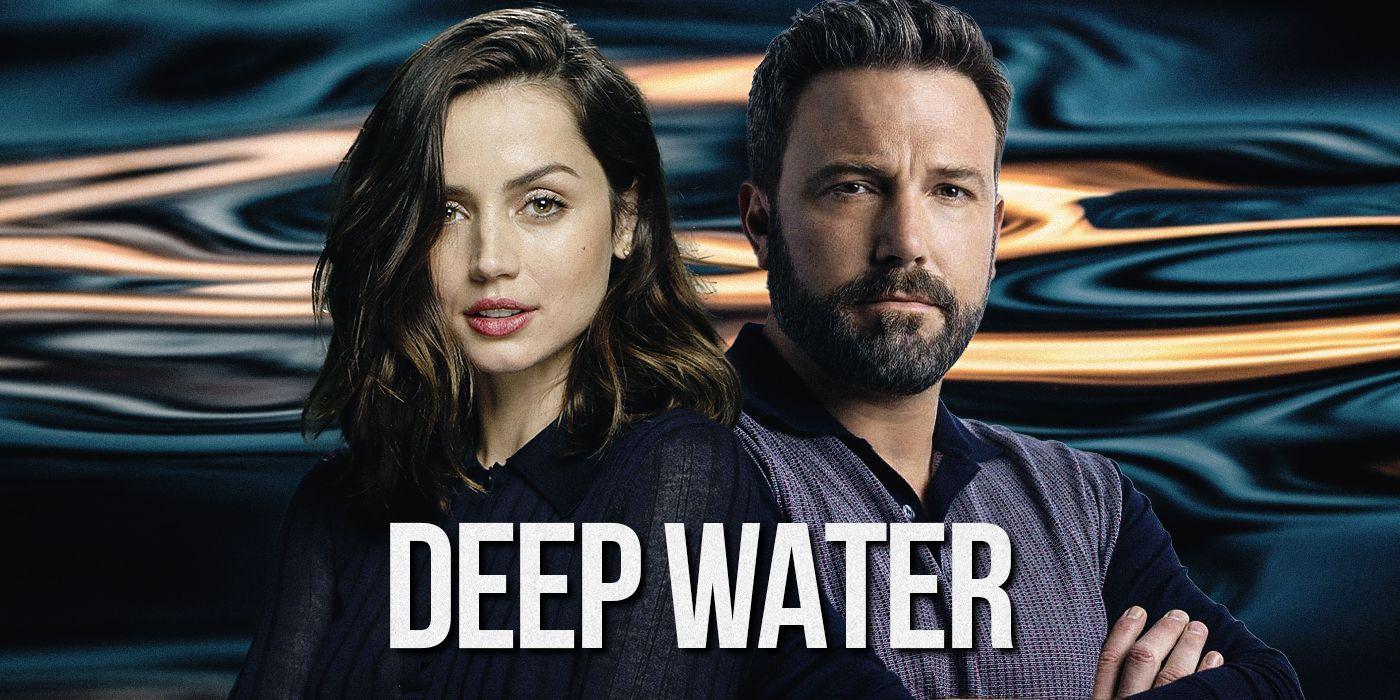