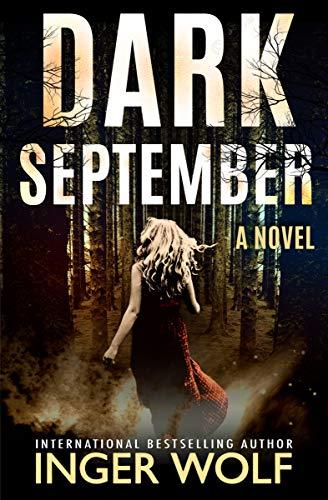 This is the first book in the series having as a protagonist the half-Danish, half-Croatian detective Daniel Trokic, a compelling protagonist among the vast number of Scandinavian fictional police investigators. I've also read the sixth book in the series, titled Under a Dark Sky, an engaging crime novel set in the frozen Alaskan landscape.

Dark September begins with Trokic being in a crime scene where a young woman, Anna Kiehl, has been brutally murdered and defiled by a careful and meticulous perpetrator who left no clue for the police to find. This homicide will be proved to be connected with the murder of a well-known Danish neuroscientist who made his research on the effects of the use of anti-depressants. Trokic, along with his sidekick IT specialist Lisa Cornelius, will have to knock on a lot of doors and check out all of the two victims' past and present acquaintances to find the culprit.

This is a tight-plotted, typical police procedural novel, with no redundant descriptive or dialogue parts and it makes for a fast as well as an enjoyable read. There is a strong whodunit element that keeps the suspense alive throughout the book and the ending is far from disappointing. Honestly, I didn't see it coming. There is also a discussion on the use of psychiatric medication, more specifically anti-depressant SSRI medication, and the author in a short epilogue writes that she suffered from major depression while writing her debut crime novel, thus making the theme all the more relevant.

Overall, I cannot find something negative to mention regarding Black September and I can sincerely say that it is a more than decent Scandinavian crime fiction novel that will satisfy the majority of the genre's fanatics and motivate them to read more of Inger Wolf's body of work.