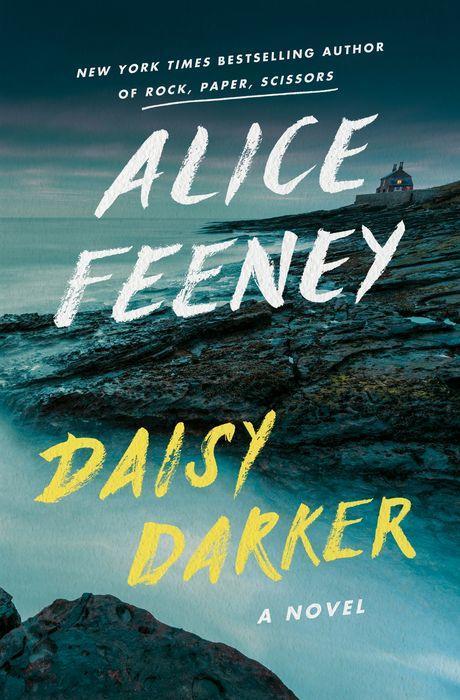 Alice Feeney's name is certainly well-known among the readership that is familiar to each year's bestselling author lists in the crime/thriller genre and her previous novels have been relished by millions of her fans around the world. The English author has a professional experience of 15 years in journalism, working in BBC, but she took the audacious decision to make a radical change in her career and try her luck in crime fiction writing. The results were more than satisfying, some may say even impressing, with Feeney's debut novel Sometimes I Lie becoming a huge commercial success and being translated into more than 20 languages. Her subsequent works were met with the same fervor by the genre's loyal aficionados and one of her latest titles, His & Hers published in 2020, is going to be adapted into a Netflix television series by the producers of the epic show The Crown that arrested the audiences' hearts with its grandeur and extremely high production values. Thus, Daisy Darker was, justifiably, one of the most long-waited releases of 2022 in crime fiction and the hype surrounding the book skyrocketed in the months building to its publication date (August 30, 2022), making us all eager to get our hands in one of the copies. The final impression left by Feeney's latest writing endeavor can be summarized in a popular French dictum: "Comme Ci, Comme Ça".

Daisy Darker aspires to feature a main storyline that transcends most of the genre's sub-categories as it is a closed-room mystery, a whodunit, a thriller, while at times it even oversteps the boundaries that separate crime from horror fiction. Sounds exciting, right? The problem is that that the story has some major deficiencies in regard to the narrative style selected by the author that imposes extremely lengthy flashback sequences which eventually disorientate the reader, prompting him to forget the actual mystery aspect of the narrative that takes place in the present. Furthermore, Feeney adopts some of the cliched tropes that nearly every psychological thriller seems to embrace nowadays, the isolated old house, the dysfunctional family assembled there, an elusive killer who can move around remaining implausibly unnoticed by the others, the characters getting killed one by one etc. That's the two most striking flaws of this novel that isn't completely lacking any merits, but it would have been a lot more intriguing if the past and the present narrative were treated equally by the author.

The protagonist is the titular Daisy Darker, the youngest daughter of a broken family, who has a serious health issue with her heart that began during her childhood. That sad reality incited her to adopt a singular view on life as each day may be her last one on earth. Daisy's sickness forced her to grow up without even going to school like any normal child, thus immensely limiting her social skills, something that becomes apparent given her complete lack of friends and rudimentary social circle. Her relationship with her eldest sisters, Rose and Lily, is strained and burdened with traumatic events that took place during the sisters' childhood years, first as kids and then as teenagers. Now Daisy, Rose, Lily and their parents are invited by their grandmother, Beatrice, to Seaglass, a house built on a secluded island in Cornwall. Daisy's Nana is a children's author, and she has named her most successful book after Daisy, a gesture meant to boost the younger daughter's self-confidence. However, when they all finally gather in the looming, gothic house, Nana announces to them the contents of her will that leaves Seaglass in the hands of her great-granddaughter and Lily's daughter, Trixie. Her decision is met with incredulity and derision by the majority of the family as each one was expecting to be the one that gets to inherit the house.

After dinner, each guest goes to their room, but in the dead of night they are alarmed by a scream downstairs. Running down the stairs, they see Nana lying still in the ground, her face ashen, with a large wound in her head probably caused by some kind of blunt instrument. In her chalkboard, a malicious poem insinuates that the grandmother was only the first one to die and soon the others will follow. From then on, the characters will find themselves entangled into their worst nightmare as the body count rises by the hour and they are entirely abstracted from the outside world as they have to wait for the tide to turn in order to alert the authorities and get help. Plus, it seems that the killer intends to send obscure messages to the remaining family members by urging them to watch VHS tapes that contain footage from the sisters' adolescence as they used to spend their summer vacations altogether in Seaglass. It is in these flashbacks that the author attempts to provide a narrative frame that would explain the characters' current behavior and highlight the original sources of conflict between the three sisters and their parents.

There are some interesting twists and curves in the story, though some of them fall flat on the ground due to their predictability, and overall, the story keeps the mystery alive, especially in regard to who the killer is and why is he committing these atrocious acts. I found the finale to be decent, but I think that Daisy Darker would be a much more well-rounded thriller if the author devoted more time and space in the present timeline which almost becomes totally overshadowed by the reminisces of the past as displayed in the several flashback k sequences. I liked Feeney's writing style; she has a knack for colorful descriptions and makes a sincere attempt to create plausible characters that are something more than mere plot devices conjured by the author with the sole intention of serving the plot's needs. I have to admit that it was the first Feeney's novel that I've read and while I found it lacking in some crucial respects, I will try to hold on the positive aspects that mainly have to do with her prose and vivid descriptive parts. Fans of the genre can give this one a try, however keep your expectations short as if you anticipate an unforgettable reading experience, you will most likely be disappointed.