FOREWORD NOTE: This is a brief account of my first impressions regarding the show based on the first two episodes. A fully fleshed review will follow after finishing watching the whole ten episodes of this Netflix original miniseries.

During the past decade, a prevailing vogue in the world of television production urged many series creators to turn their attention to the fictional biographies of infamous criminals, in most cases serial-killers whose abhorrent acts retain their shock effect intact even after several years have passed since they were active. Along with that trend, one can't help but notice the significant rise of the true crime books and TV shows which have become lately an entirely separate genre with constant new releases, many of them provided by the most popular distributor, Netflix. Dahmer-Monster: The Jeffrey Dahmer Story is the story of the notorious "Milwaukee Cannibal" or "Milwaukee Monster", Jeffery Dahmer, a disturbed individual who murdered in the most horrid of manners 17 men and boys from 1978 to 1991, most often dismembering their bodies and keeping the trophies in the fridge of his house. Dahmer has been declared legally sane, thus competent to stand trial for his crimes and was eventually sentenced to 15 terms of life imprisonment in 1992. Two years later, he was killed in a prison altercation with another inmate, Christopher Scarver. His only legacy is his infamy, and he is still considered as one of the most dangerous criminals that ever lived in the U.S. during the last century.

The creators of the show, Ian Brennan and Ryan Murphy, the first known for his involvement in the commercially successful shows Ratched and Halston and the second as the creator and screenwriter of the American Horror Story and Glee, attempt a detached approach to their difficult subject matter, keeping the spotlight not only on Dahmer but also to his victims. The first episode begins with Dahmer's arrest that took place on July 22, 1991, when the intended victim, a black homosexual man, whom Dahmer lured into his house under the pretext of taking nude photos of him, escapes at the last minute from his captor's house and runs as fast as he can trying to alert someone for his desperate predicament. He stumbles upon two Milwaukee cops who after evaluating his exterior appearance (he had handcuffs on one of his hands) agree to check Dahmer's address in order to see what's really going on. During the rudimentary search in Dahmer's house, the two police officers make some gruesome discoveries and arrest the homeowner at once. Further search into Dahmer's residence provides the authorities with a storm of incriminating evidence, including pieces of mutilated corpses, stored in different places inside the house.

The first episode ends with two state detectives informing Dahmer's father for his son's arrest in a respectful, nevertheless completely honest, manner and his reaction is palpable incredulity and bafflement as he cannot fathom how his own flesh and blood could commit such atrocious acts. The second episode perplexed me as there is a jumping back and forth in time with the creators attempting to show the audience different phases in Dahmer's life, but the result is a bit confusing as at one point I couldn't say when the events on screen have been happening within the story's timeframe. There are also some snippets from Dahmer's early childhood, living in a household filled with tension and two parents who seem to hate one another but it is obvious that these flashbacks are not meant to find justifications for Dahmer's psychopathic tendencies that dominated his behavior as an adult, but they aim to present a more thorough image of his personal history in order for the viewer to get a better grasp of his character. Here, I have to say that I find the title ("Dahmer-Monster") to be a morally charged evaluative assessment that could be omitted as it indicates that the producers had a preconceived, prejudiced view on their subject. Of course, nobody can feel any empathy for a man such as Dahmer, but, nevertheless, it is important in art to avoid moral judgements and any form of bias.

One of the show's greatest assets is Evan Peters's portrayal of Dahmer which is spot-on and brimming with concealed tension. The flat monotone in which he speaks and the vacant, almost dead, eye expression, indicative of sociopaths, convey in the most vivid of ways his character's dissociation and detachment from his environment and the others. However, he is not alone as all members of the cast do a fine job in the secondary roles too. Dahmer-Monster: The Jeffrey Dahmer Story is not intended to be a fast-paced, exhilarating show, but it rather invests on the actors' performances in the lengthy scenes that consume the majority of the first two episodes' runtime. There is no quick editing, the cutting of the scenes takes place at long intervals as we are left to experience the agony of the victims on our own skins. For example, more than a half of the introductory episode is devoted to a long-winded sequence in which Dahmer and his last intended victim play creepy mind games as the probability of the poor black man's doom getting stronger by any passing minute. The scene oozes creepiness and otherworldly terror as we, as the viewers, know who Dahmer is while the characters who are going to become his victims are oblivious of the things that he is capable of. I felt utterly hooked after watching episode 1, though the next one spoiled my enthusiasm because of the prior said chaotic alternations in the timeline.

The viewers who enjoyed and appreciated another Netflix's classic, Mindhunter, are bound to acknowledge this show's quality level and especially the brief interrogation scenes in the first two episodes brought to my mind the protracted discussions of Mindhunter's two protagonists with the most egregious serial-killers that ever appeared in the country's criminal history. Dahmer-Monster: The Jeffrey Dahmer Story is one of the most well-polished Netflix television shows of the last year and even if you are like me and don't feel particularly inclined to sit and watch a television series about a mass murderer, you ought to give it a try as it is an worthwhile watching experience. I am going to stick with it and see where this is going in the remaining eight episodes. 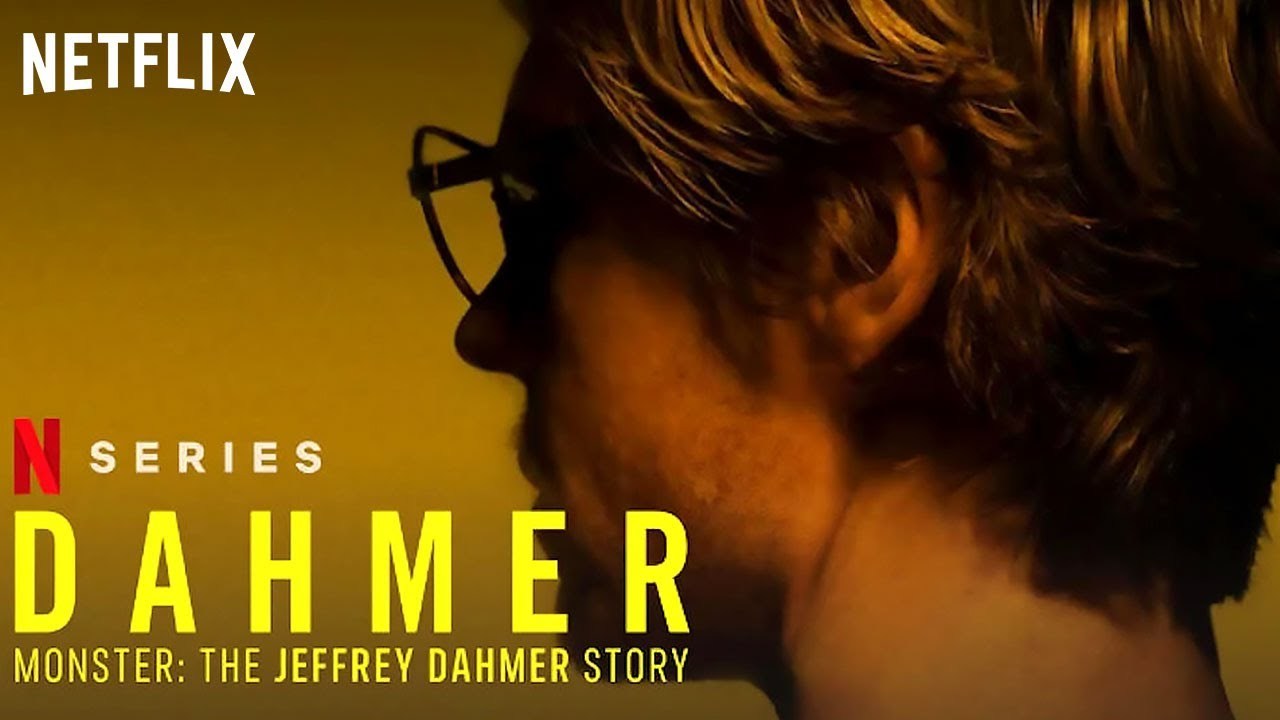