A defective parenthesis to the regal Netflix saga.

The fifth season of Peter Morgan's extravagant The Crown, fails to live up to the expectations created by the previous four installments, deviating from the original directorial tone and approach to the main characters. Many reviewers decried this season as the show's worst so far and perhaps they're right, but there are certain silver linings that redeem this penultimate part in the series (there will be only one more season which will mark the end of the show as a whole) and make the watching experience significantly smoother. This cycle is preceded by Queen Elizabeth's death on Sep 8, 2022, and that fact that provides an elevated magnitude to this dramatization of the Queen's life through the span of decades, beginning in the 1950s, and more specifically in 1952 when Elizabeth came to the throne, and travelling forward in time until the 2000s. The Crown has been severely criticized for its approach to the dramatization of real-life persons and events, with a few many arguing that the show ought to be closer to reality as known through history and avoid planting fictitious inventions on the script that would perhaps perplex the audience and challenge their grasp on the subject. Recently, veteran English actor, Dame Judi Dench urged Netflix to add a disclaimer before each episode, making clear that this is a fictional representation of the English Royal family's inner proceedings, and it shouldn't be mistaken for a historically truthful account. In the letter that she wrote to The Times, Dench claims that ""Indeed, the closer the drama comes to our present times, the more freely it seems willing to blur the lines between historical accuracy and crude sensationalism". Thus, a proper warning is in order, as a sign of respect to the audience's factual knowledge on several events and situations depicted on screen.

The show's vast timeframe calls for the casting of different actors to play the same roles each season. So far, the Queen, who is indisputably on the epicenter of the narrative, has been embodied by notable actors such as Claire Foy, Olivia Colman and in this season Imelda Staunton. The same goes for the other principal characters like Prince Charles, who is played by Dominic West in this installment, Princess Diana, and so on. Each one of the aforementioned leads brought a new energy on set and contributed their own, unique, individual bit in the portrayal of the English monarch throughout the ages. Imelda Staunton's performance is measured and consistent with Elizabeth's image as perceived by the public at that -late- stage of her life. In the fifth season, the Queen has visibly aged and the question of whether she, and the regal institution in general, has become obsolete and irrelevant lurks throughout the season's ten episodes. Morgan uses the issue with the possible decommission of the Royal Yacht Britannica as a symbol and metaphor for the declined status of sovereignty in England, as existed in the years between 1991 and 1997, which is the timespan during which this season's developments take place. In one of the first episodes of the season, we hear Prince Philip saying that the yacht is "a creature of another age", thus drawing a parallel with the Queen's dwindling prestige even easier for the viewer to comprehend. The Prime Minister is John Major, played with a light touch by the always impeccable Johnny Lee Miller, while in the final episode we take a first glimpse of Tony Blair's, the Leader of the Labour Party, ascent to power on May 2, 1997.

Morgan's focus is on the tempestuous relationship between Prince Charles and Princess Diana, chronicling the various scandals that brought lots of bad publicity to the British royal family and the developments that led to the couple's divorce, something inconceivable for a majesty of that scale. As it is explicitly stated by the Queen in one of her dialogues with another member of the family, divorce is unacceptable as a sovereign has to endure the consequences of a flawed decision, without resorting to solutions such as forever severing the ties with a husband and wife. One of the major reasons to watch this latest outing of The Crown is Elizabeth Debicki's portrayal of Diana. The Paris-born half-Australian, half-Polish young actor has absorbed every single of Diana's mannerisms, her coquettish disposition, body language, and propensity for melodrama that made her position within the imperial system insufferable and resulted in the infamous 1995 BBC interview in which she renounced the royal way of life, while explicitly stating the truth regarding her marriage and Prince Charles's relationship with Camilla Parker Bowles by famously saying "Well, there were three of us in this marriage, so it was a bit crowded." Debicki's striking physical resemblance with the late Princess of Wales, combined with the opulent production values of the show regarding the costumes and everything linked to the accurate representation of bygone eras, immerse the viewer into the story, letting flaws concerning the stilted dialogue and -almost- vulgar exposition slip while she appears on screen. This performance by Debicki heralds a much-promising future career for the young actress whose filmography begins only after 2010, her first roles being in Stephan Elliot's romantic comedy A Few Best Men (2011), and in the adaptation of J. Scott Fitzgerald's classic novel The Great Gatsby in 2013 by Baz Luhrmann.

Sadly, in season 5 the creator relinquishes some of the primary attributes that deemed the show as one of the most precious Netflix productions ever. The coherency of the season is compromised by Morgan interjecting episodes, such as that with the visit of Boris Yeltsin as the first democratically elected Russian President in England which could stand alone perfectly separated from the rest of the season, and sub-stories that remain underdeveloped and lead nowhere, like the final episode's involvement of the Al-Fayed family in the plot. Moreover, certain great opportunities remain untapped as the emphasis on Diana's story could offer to the narrative an outsider's perspective on the royal family, thus making the dramatization all the more enticing for the viewer who is, of course, an outsider himself. Instead, Morgan returns to the overused theme of the new, represented by the flamboyant portrayal of the ambitious and open-minded Prince Charles, and the old, predominantly associated with the Queen and her inner circle, a struggle that seems to be highly subjective in its perception by the creator of the show. Even momentous events such as Diana's BBC interview, with all of its seedy background, is conveyed in a flat, anti-climactic tone, letting down the audience who is aware of the ramifications of this specific incident for the Queen and those closest to her. The most disturbing part is the proclivity of the script to "tell, not show", force-feeding the audience with symbolisms that, truly, need no sort of clarification in order to be fathomed, such as the yacht Britannica and the old TV in one of Elizabeth's rooms that corresponds to the aging monarch's perception by the English people.

There are some scenes that presage Diana's untimely death with the most effective one being that with the Princess driving her car incognito and stopping at a traffic light. A group of youngsters in the car next to hers instantly recognize her and attempt to take a picture of Diana, leading to an accelerated escape by the Princess who, seemingly at least, detests being in the eye of the public storm. Plus, there are several sequences where we watch as paparazzi accost Diana's vehicle, foreshadowing her tragic death on August 31, 1997. In general terms, season 5 of The Crown is inferior to each of the previous parts and the objectivity in characterization as well as the sophistication in the script is totally absent. What saves this cycle is the striking presence of Elizabeth Debicki as Diana and the, flawless as always, production values of one of the most expensive television productions of all time. The fifth season lacks any kind of edge, necessary for the viewer's attention to be held, and the episodes are suffering of under-development, discernible to even the most inexperienced members of the audience. However, if you have invested time and energy watching the show from its beginnings, then you have to watch season 5, with all its defects, and form your own opinion. 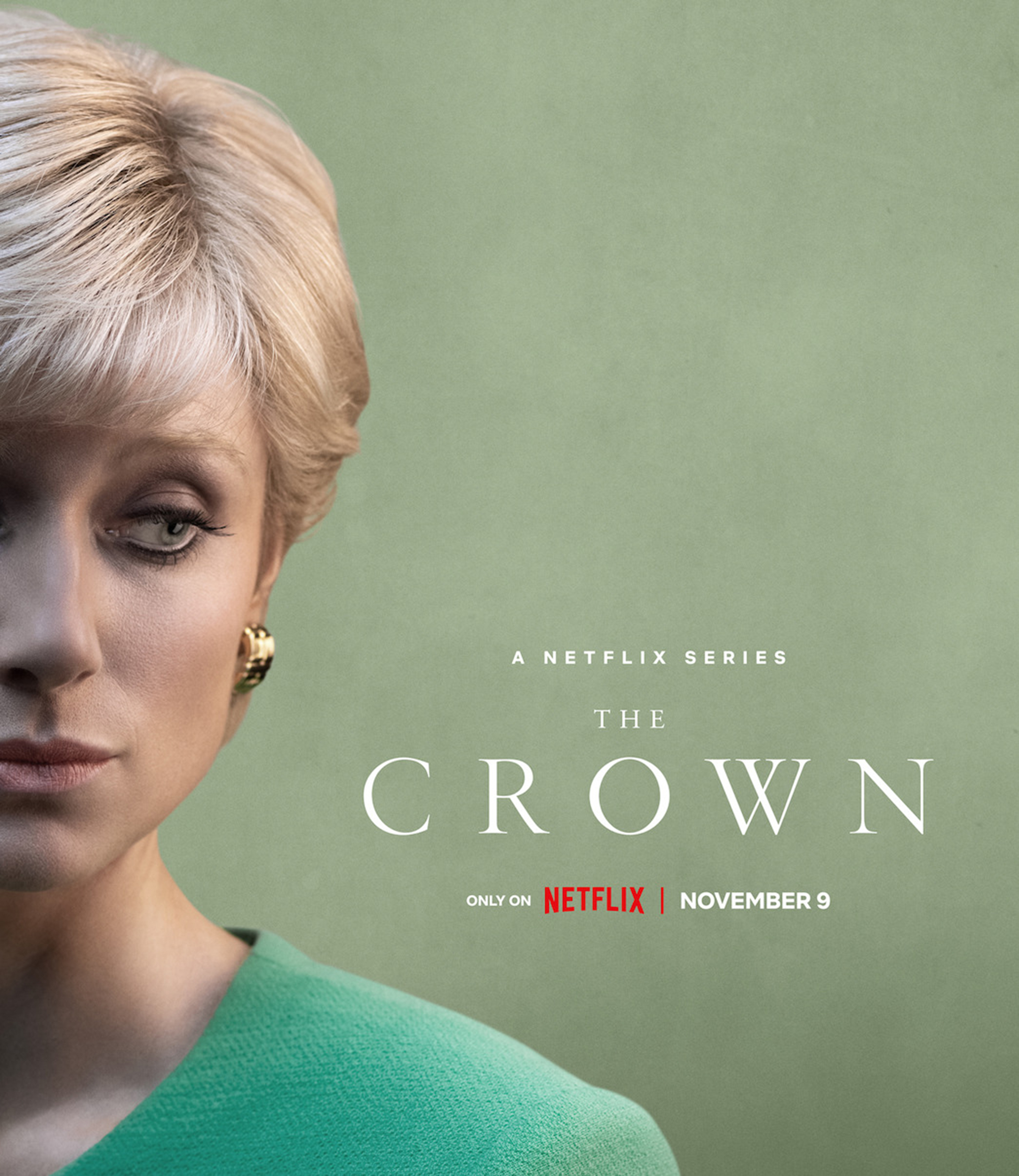