A dark tale about loss and revenge.

Franck Mancuso's Counter Investigation is one of the most overlooked French crime films of the 00s, a tale about revenge and redemption filled with suspense and thrilling moments that render it memorable and worthy of wider recognition from the global audiences. Mancuso, who is the director and the screenwriter of the movie, adapts a short story written by the legendary American crime author Lawrence Block bearing the title "Like a Bone in the Throat", a novelette of around 35 pages that keeps the reader on tenterhooks through the complex and multi-layered narrative that ploughs forward by introducing twist after twist and forcing the reader to identify with the protagonist who lives every parent's worst nightmare. Mancuso is prudent enough to keep the core of Block's story intact and adds his own touches of directorial ingenuity by vividly portraying the main character's grief and agony while also focusing on the optics of the film which are captivating.

Mancuso has already delivered samples of his work in titles such as R.I.F. and the 36th Precinct, two acclaimed French movies that dared to experiment and broaden the boundaries of the genre as depicted on screen. In Counter Investigation, he collaborates with one of the most popular and adept native actors, Jean Dujardin, who nails the role of Richard Malinowski, a cop who sees his kid daughter dead after a loathsome assailant assaults, rapes, and finally kills her. The film explores Richard's repressed feelings of rage and contemplates on the question of whether it is morally right to seek personal revenge when the system of justice cannot satisfy your primal need for retaliation. The story is dismal and disturbing as it includes the agonizing death of a minor, an innocent little girl who won't live to see another day, and the cat-and-mouse game between Richard and the man who gets convicted the crime, an enigmatic individual named Daniel Eckman, who begins writing letter to Richard protesting his innocence.

Even though Richard has accepted the decision of the courts and in his mind there is no doubt that Eckman is guilty, the persistent correspondence by the incarcerated convict make him begin to doubt his beliefs and sends him to a wild goose chase, searching for alternate possibilities and culprits that could acquit Eckman and administer justice for his deceased daughter. This is a rather short movie and in the course of it, we mainly follow Richard's frantic attempts to solve the case while remaining sane as there are times in which he feels like he is losing touch with reality, driven by obsession only. His colleagues try to be sympathetic to his personal investigation, even though for them the case is closed and Eckman is the guilty party. Richard will manage to accomplish his special inquiry and the result seems initially to vindicate his insistence to reopen the case. Nevertheless, the story holds many surprises and viewers shouldn't take anything for granted until the ending credits begin to roll.

There is a particularly strong ending sequence that concludes the film with a bang and leaves the audience with the best of impressions. Even though the final twist may seem foreseeable to the majority of the viewers, the way in which it is executed by the director and the two actors, Dujardin and Laurent Lucas who plays Eckman, makes it feel like an earthshattering spin in the story that reaches its climax in the most satisfying of manners. I can't think of a more fitting ending than the one chosen by the director and screenwriter while the acting in this ultimate scene speaks volumes of the actors' skills. In my view, the moral balance is restored in the film's universe and there are no loose threads left in the narrative that would perplex or annoy the audience. I haven't read Lawrence Block's short story, though I tend to think that he ends his short tale in the same, ingenious, way.

Counter Investigation is not your typical action-packed Hollywood crime/thriller, but a plunge into the dark waters of loss and grief, a study in the ways with which we deal with deep traumas that turn our lives upside down and challenge our overall perception of the world and the people around us. The suspense is ever-present, throughout the film's 80 minutes of runtime and we are never sure of what to think or believe regarding the plot. Both Dujardin and Lucas are splendid in their respective roles and their performances is a reason of itself to sit and watch this movie. It is a film that evokes powerful emotions and you should be beware of that as many viewers my find the main theme of the movie to be severely unpleasant. Nevertheless, those who demand something more than a generic European thriller will be rewarded in the end and they will certainly rank Counter Investigation as one of the most compelling French crime films of the last two decades. Fans of the Continental interpretation of the crime fiction genre will definitely love it. 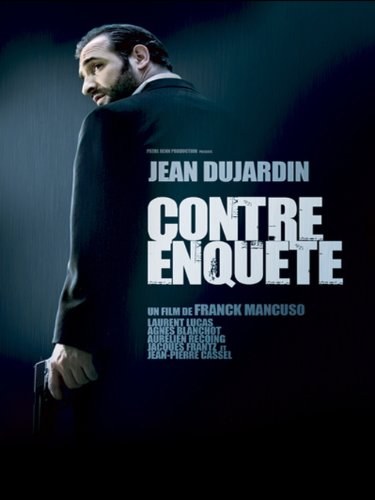