A mediocre psy-thriller by Lisa Unger. 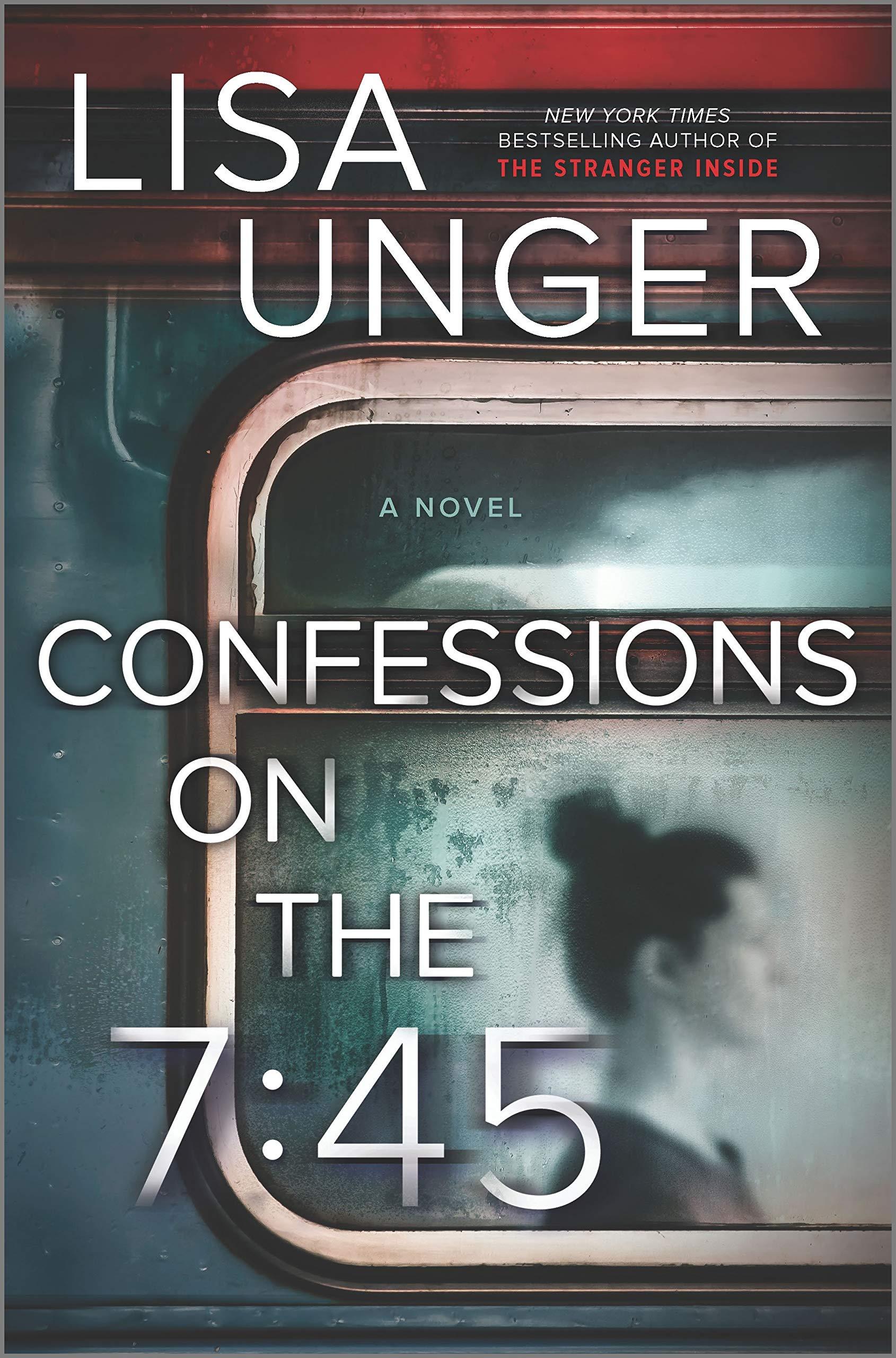 Lisa Unger is an experienced and beloved author of psychological thrillers who has delivered some excellent samples of the genre such as Under My Skin, Black Out, and Fragile, the first novel in the acclaimed "Hollows" series. In Confessions on the 7:45, Unger borrows the germ of the story from Patricia Highsmith's Strangers on a Train, the popular novel that has been adapted into a feature movie by the master of suspense Alfred Hitchcock in 1951. What happens when two complete strangers meet for the first time on a train and they decide to open up about their lives, even though, or exactly because, they will most probably never going to see each other again in the future? The two heroines are both clever and distressed due to various shortcomings in their personal lives and they find comfort in the face of an outsider who is seemingly there to hear and not judge them. Thus, they spill their guts to each other, confessing things that they have never even acknowledged as real until then. The basic premise of the plot is solid and promises a thrilling ride as things start to unravel and the reader begins to doubt his initial assumptions. As the story moves forward, it becomes evident that at least one of the two protagonists has a hidden agenda and a dark secret from her past that threatens to upend the equilibrium in both their lives.

Selena is a young mother of two who is married to Graham and leads an ostensibly perfect life, posting flashy photos in Instagram only to show how thrilling her everyday reality is. But the truth is quite different. Selena suspects her husband of cheating with the nanny, Geneva, so she decides to install a spy camera in order to catch him red-handed. When her fear is confirmed, she feels devastated and tries to figure out the proper course of action for her. Should she fire Geneva and ask for a divorce? Or perhaps it would be best to bide her time until she is certain what she really wants to do? Bearing these disturbing thoughts in mind, she embarks on the train to commute home when she meets a young, beautiful, and rather mysterious woman who is sitting right across her. She introduces herself as Anne and offers Selena to drink some cheap liquor that lowers her inhibitions and makes her more inclined to share some of her innermost thoughts. She tells Anne about Graham and Geneva, while Anne reveals to her that she is sleeping with her boss who is married and intends to leave his wife for her. The mutual confession proves to be beneficial for Selena who feels better and also believes that she and Anne have formed a special kind of bond, something that is mystical and inexplicable given that they've never met before and they will never meet again in the future.

Things will get a lot more complicated when Selena returns home to realize that Geneva has disappeared without a trace. Her husband is considered to be the prime suspect and Selena doesn't know what and who to believe. On the other hand, we follow Anne's story from her childhood, a little girl who lived along with her mother, Stella. Anne's true name was Pearl, but later on she would change names as well as personalities. Stella was a bit promiscuous and brought a lot of men in the house, one of them being an unscrupulous con artist, Charlie. Charlie takes a liking to little Pearl and becomes the first person to truly see through her. When Stella gets murdered in her own home, Charlie and Pearl will escape together and they will begin a new life full of scams and extortions targeting vulnerable individuals, the so-called "marks", whom they deceive and blackmail in order to get some easy cash. As the story ploughs forward, the reader learns more and more about Pearl's rough upbringing and her career as a professional con artist. But what is the connection between Pearl, or Anne, and the vanishing of Selena's nanny? That is the main question that dominates the Confessions on the 7:45 and in the end every piece falls into place, even though the finale was a bit anti-climactic, at least for my taste.

The story is narrated through multiple perspectives and the pacing is rather fast, while there are some strategically placed twists that rekindle the suspense along the way. Nevertheless, the main problem of this novel is the one-dimensional characters that seem to exist only in order to serve the purpose of the story. Of course, it is rare to encounter well-rounded characterization in the books of the genre, but in this case the problem is palpable and retracts from the overall plausibility of the interactions between the protagonists that seem stilted. The plot is simple and straightforward, leaving little room for genuine mystery and the ending is easily predictable, especially from the beginning of the last quarter of the novel. Confessions on the 7:45 is not a psychological thriller that you will remember for a long time after reading it, though it is an easy read that can be entertaining, particularly if your demands are limited. Lisa Unger has created some of the most intense stories in the genre and this book is a parenthesis to her main body of work.