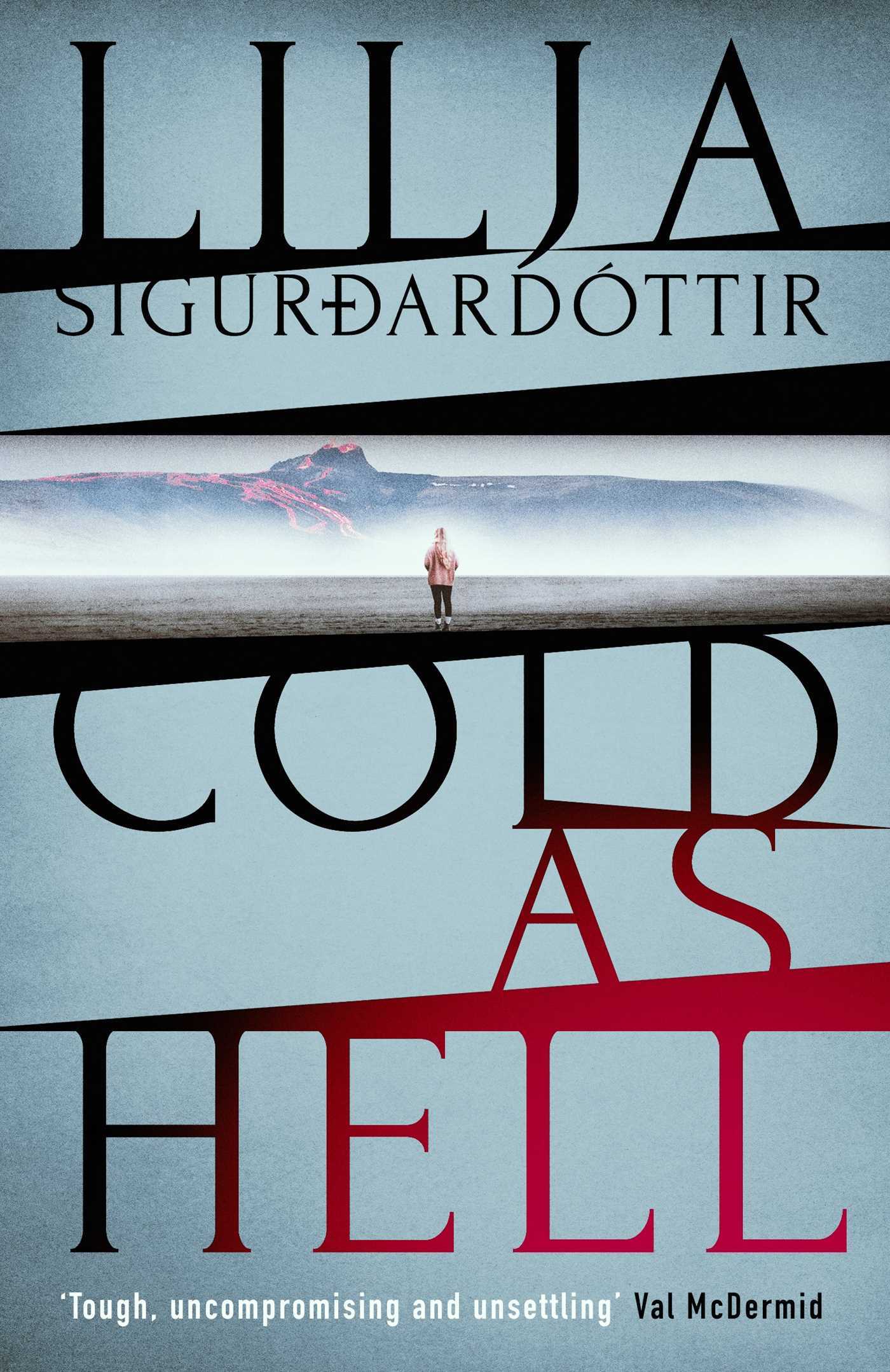 Lilja Sigurðardóttir became known to the global readership after the publication of her groundbreaking "Reykjavik Noir" trilogy which established her as one of the most imaginative new Icelandic crime authors. Her recent participation as a co-screenwriter in Baltasar Kormakur's television series Katla further boosted her reputation among the audiences and the critics and made her a respected member of the Nordic crime fiction's elite. Her simple, yet not simplistic, writing style renders her work easily readable while her unique use of setting and characters highlights both the unbridled Icelandic scenery as well as her capacity to draft three-dimensional personalities who think and act like real human beings.

Cold as Hell is the first installment in a new series featuring Áróra Jónsdóttir as the protagonist, a private financial investigator whose main task is to track lost money and return it to the legitimate holders. Áróra is a half-English, half-Icelandic young woman living in Edinburgh and she has cut her ties with Iceland ever since she was a little girl. Her relationships with her mother, Violet, and her sister, Ísafold, are not what they were used to be. Even though Áróra is the younger sister, she always used to protect Ísafold who always had a knack for getting in trouble and now she feels overwhelmed by constantly having to lookout for her older sibling.

The tense relationship between the two sisters is meticulously outlined by the author through the use of flashbacks and the description of Áróra's thoughts in the chapters in which the reader has the opportunity to follow her perspective. Apart from being a straightforward mystery, the story is also about familial loyalty and the burden of sisterhood. The aforementioned themes are successfully incorporated into the main plotline and develop naturally throughout the novel without retracting anything from the overall suspense that permeates the text. Sigurðardóttir adopts the multiple perspective narrative allowing the reader to watch the story spread out through the eyes of many different characters.

It all begins when Áróra receives a telephone call by her distraught mother who informs her that Ísafold has disappeared for the last two weeks and it is impossible to reach her. Violet will beg Áróra to travel to Iceland to find out what happened to her sister and she will reluctantly accept despite her apprehensions. As she arrives to Reykjavik, Áróra will begin her own investigation, trying to contact the individuals who are more likely to know something about her sister's whereabouts. Ísafold's abusive boyfriend, Bjorn, is the first person on the list but when he claims that he hasn't seen her since they broke up a few weeks ago. Áróra's inquiry will soon reach a dead end and she will have to employ the help of her uncle Daniel, a detective on holiday, in order to find out the truth.

Sigurðardóttir constantly shifts the point of view between Áróra, Daniel, and several other significant characters such as Grimur and Olga, Ísafold's neighbors who seem to know a lot more about her fate than they are letting on. As a result, the tempo in which the story unravels becomes fast, even frenetic in some parts. From the beginning of the novel, the reader senses that the author tries to mislead him by various means, only he can't imagine the full extent of the deception until the final pages. The twists and revelations will catch you by surprise and force you to return to the beginning in order to properly reconstruct the story. You shouldn't be naive and gullible when reading Cold as Hell as you are in for a lot of suprises.

To conclude, I found that this novel lives up to the author's stature and constitutes a promising beginning in a new saga. The translation by Quentin Bates is impeccable as always accentuating the novel's prose. As an avid fan of Icelandic crime fiction, I would recommend this book to all readers who enjoy to devour well-rounded mysteries set in fascinating Nordic landscapes. I would keep my eyes open for the next volume in the Áróra series as Lilja Sigurðardóttir becomes better with each writing attempt. If you enjoyed the "Reykjavik Noir" trilogy, then you should definitely purchase this latest gem and let yourselves be enchanted by the pen of a renowned young crime writer.