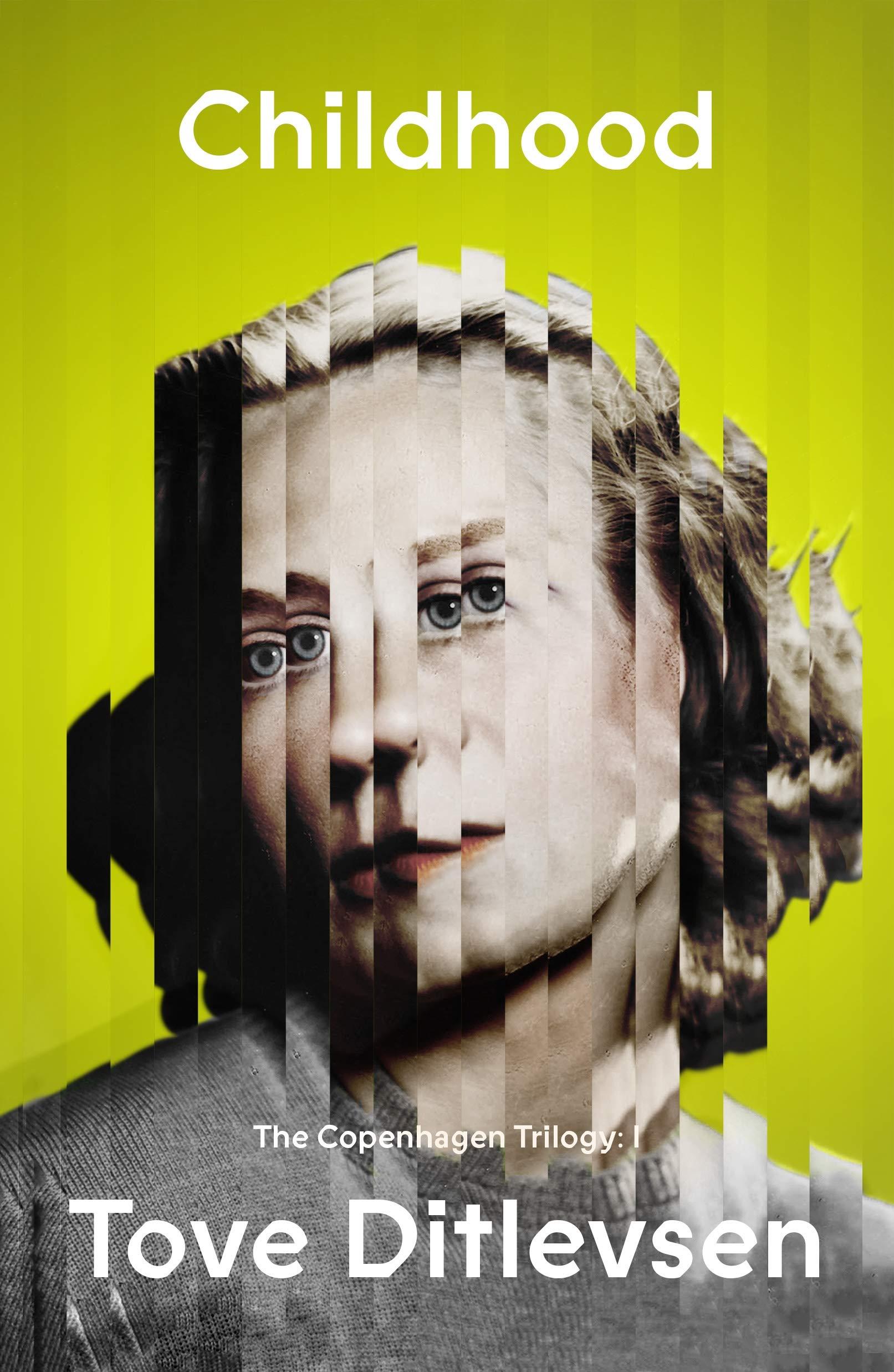 "Childhood is thin and narrow like a coffin, and you can't get out of it on your own".

She is considered to be one of the most outstanding members of the Danish literary elite in the twentieth century and her much-influential work includes a variety of several diverse types of literature such as short stories, memoirs, poetry, and novels. Tove Ditlevsen was born in Copenhagen in December 14, 1917 and was raised in the Vesterbro district, a neighborhood stricken by unemployment and misery during the time of Tove's upbringing. From a very early age, the author was conscious of her otherness and struggled to establish meaningful, intimate relationship with her classmates, often finding respite in writing poems and hoping that someday, a human being will read and appreciate them for their worth. Ditlevsen spent her childhood fighting her demons and developing a highly pessimistic worldview that followed her throughout her life and eventually led to her suicide in March 7, 1976. The Danish author fighted the affliction of alcohol and drug abuse for a long time and her addiction issues, combined with a general unbalanced mental state that tormented her from her nonage days, resulted in numerous admissions to hospitals, rehabilitation centers, and psychiatric facilities. It should be noted that her last novel, Vilhelms værelse, was written during her stay at a hospital close to the time of her death. This tale of love and insanity features a protagonist who is said to be inspired by Ditlevsen's ex-husband Victor Andreassen. The author draws a rather unflattering portrait of a despicable man and as a consequence Andreassen reacted forcefully and denied sharing anything in common with the character.

Ditlevsen wrote 29 works in total covering a wide range of literary types and genres. In 1947 her most successful and popular poetry collection, Flickering Lights (Blinkende Lygter), was published and boosted both her reputation and her self-esteem. Her books Childhood, Youth, and Dependency form an autobiographical trilogy which was published as a whole in 2019 under the title The Copenhagen Trilogy. In these memoirs, the author speaks openly about her past, taking as a starting point the age in which she begun to show the first signs of consciousness and stretching to the later stages in her life which were marked by her relentless addictions and major bouts of depression. It is worth mentioning that the Danish title for the third and final installment in the trilogy is Gift, a word that means both "married" and "poison". This wordplay is far from random or insignificant considering that Ditlevsen married four times and each matrimony ended up in bitter disputes and costly separations. In these three books, the Danish writer casts her eyes back in time and provides a brazen account of her early years without even a hint of overly sentimental nostalgia and without exhibiting any inclination to idealize that specific period of her life. In her own words: "Most grownups say that they've had a happy childhood and maybe they really believe it themselves, but I don't think so. I think they've just managed to forget it". Ditlevsen experienced her childhood as an unavoidable, bittersweet disease that one should overcome through any means necessary.

In all her life, Dilevsen was torn between the embracement of a normal style and her longing for a boundless existence, oblivious to any kind of norm. That life stance begun to take shape during the first years of her life and in Childhood, we follow closely that period which begins with little Tove being 4 years old and ends at the age of 14, when she reaches the age of confirmation. During those years little Tove strived to establish contact with her mercurial mother and the relationship between the two has been "close, painful, and shaky". Her father, Ditlev, worked as a stoker and was a fervent socialist, as well as the man who, due to his own proclivity to read and write, initiated Tove in the world of literature by giving her as a present a special edition of the Grimms' Fairy Tales. Despite her father's liberal beliefs in regard to the proper education of children, when Tove expressed her will to become a poet, his reaction was like that: "Don't be a fool! A girl can't be a poet". This rejection further convinced Tove that she had to hide her first writings from the eyes of the people closest to her. Nevertheless, the spark in her soul remained alive and she often thought this: "Someday I'll write down all the words that flow through me. Someday other people will read them in a book and marvel that a girl could be a poet, after all". She found the restrictions imposed by her social environment to be excruciating while also feeling detached from her own body which she perceived more as a tomb for her psyche. She felt like a foreigner in her own world and her simmering wish to live to the moment was constantly denied by a cold, apathetic world.

Ditlevsen uses a plain writing style and each sentence oozes truthfulness as she chronicles one by one the most important stages in her first few years in earth. She also succeeds in convincing the reader that the narrator is actually a minor as the bareness of her prose is reminiscent of the yet undeveloped voice of a child who searches for the simplest way to express their inner thoughts and feelings. As we read in www.complete-review.com "This is a chronicle of childhood with the inexperience and incomprehension of childhood". This ever-present austerity in style is one of the most enthralling aspects of this little book of under 100 pages and showcases the author's skill to evoke the readers' emotional response through the use of succinct language aiming to make us partakers to the narrator's vulnerable state of mind. This brief, concise account of life in a foregone era, and more specifically that which followed the ending of the First World War, transports the reader into a world in which poverty and rigid morals create a suffocating cocktail for young Tove. There is not a word to be spared from the text that flows smoothly allowing the reader to devour it in one sitting only. The theme of identity is central to Childhood as it is in many of Ditlevsen's works along with loss of innocence and the challenges of womanhood. The next book in the trilogy, Youth, picks up the thread and continues the narration that moves forward with Tove first steps in her attempt to face new challenges as he struggles to support herself and enters the world of adulthood.

Ditlevsen's early years were marked by her complicated relationship with her mother who is described as an individual unwilling to provide intimacy to her daughter and always favoring Tove's older brother, Edvin, who was the one destined to become a skilled worker and make his family proud. Tove's degraded status in her own home made her weary of other people in general and in school she was seen as a weirdo: "My classmates find me unceasingly, overwhelmingly comical, and I've got used to the clown role and even find a sad comfort in it". The only friend she had during that time was a girl named Ruth and with whom she formed a strong bond despite their difference in character. Ruth was impulsive and wild, luring shy and introverted Tove into the forbidden world of deviance, performing crimes such as stealing and shoplifting. It was through those mischievous actions that the two girls strengthened their friendship and Ruth became the only person that elicited Ruth's genuine feelings of sympathy: "I have a nagging suspicion that I'm not capable of really feeling anything for anyone, with the exception of Ruth, of course". However what really was an apocalypse for Tove was starting middle school and getting the permission to use the public library. It was from this library that little Tove borrowed her first "adult" novel, Victor Hugo's classic Les Miserables. In her first poetry album, she interjects her own poems among the verses written by the other girls in his class in order to make them as invisible as possible. Never during her school years did she openly admit her desire to become a poet or a writer in fear of mockery. As she explicitly states: "It was enough for me anyway to write the poems; there was no hurry to show them to a world that so far only laughed and scorned them".

As she reached the age of confirmation, Tove had already begun to contemplate abstract ideas and developed a fixation with the subject of death: I had started thinking a lot about death, and I thought of it as a friend". At the same time the prospect of the future seemed bleak and threatening as it was perceived as a "monstrous, powerful colossus that will soon fall on me and crush me". This melancholic disposition toward life became the trademark of Ditlevsen's work and her anguish is more than evident if one checks out her biography which is filled with attacks of depression and her consequential substance dependence. In her farewell letter, she wrote: There's more reason to grieve my life than my death". Childhood captures the beginning of this mental process that made itself present very early in little Tove's life. The reader takes a glimpse into the inner workings of the Ditlevsen family with all the problems and deficiencies that beset the institution during the tough first years after World War One. One of the most severe blows to Tove as an adolescent was that she was not allowed to continue her education and was denied the chance to go to the high school because of her parents' insistence that she should focus on finding a decent to job to support herself. It was customary, during that time period, for girls to abort their studies early on in order to work as maids or cooks in jobs that didn't demand any particular level of literacy. This provided Tove with one more reason to harbor feelings of resentment for her parents and further deepened her profound feelings of loneliness and isolation.

The accuracy in prose and craft in narration brought to my mind the work of Elena Ferrante whose portrayal of life in Naples during the 1950s in her lauded "Neapolitan Quartet", is impressive in its precision and detail. Of course, Ferrante writes fictitious novels, nevertheless the vivid portrayal of a specific time and place is a point of similarity between Ditlevsen and the mysterious Italian author whose identity remains unknown. Furthermore, the lack of glamorization of a past era makes the work by both authors appealing to the readership who demands ingenuous narrators who probe deep into their subjects and prompt us to reflect on our thoughts and feelings on what we read. Each paragraph is food for thought and there is a complete absence of any kind of frivolity, despite the fact that the narrator is a little child, It is puzzling that Ditlevsen was never awarded with the Danish Academy Prize and this elision is still considered to be one of the most shameful events in the country's literary history. Childhood is a coming-of-age memoir that will move you and a great opportunity to become acquainted with a great writer who liked to explore the darkest aspects of human mind and soul. I wholeheartedly recommend it to all those who enjoy biographies and memoirs and also those who want to go beyond Nordic noir and learn more about the more literary side of those countries.