"What is the cost of lies?"

That was an amazing cinematic experience that one can relish in the small screen, a true masterpiece destined to be considered a modern classic in the years to come. At first, I was reluctant to watch Chernobyl as I'm a fiction fan rather than a true crime aficionado, nevertheless after the first ten minutes in the first episode I was glued to my seat and I binge-watched all five episodes in one evening. In my opinion, it is one of the best television productions ever, setting its distinctive mark that other creators are deemed to follow in the future.

I knew very little about the actual incident and after watching Chernobyl I can honestly say that I have a thorough picture of both the event and its cataclysmic aftermath. For the record, the Chernobyl disaster is considered to be the worst nuclear accident in human history. It happened on 26 April 1986 at the No. 4 nuclear reactor in the Chernobyl Nuclear Power Plant, near the city of Pripyat in the north of the Ukrainian SSR. Ukraine was still a part of the Soviet Union and the reaction from the authorities was not at all satisfying, as depicted and criticized in the series. The President of the USSR at the time, Mikhail Gorbachev (played here by the popular Danish actor, David Dencik), struggled to contain the incident and started to take decisions rather too late when the whole world knew the extent of the disaster. The town of Pripyat was evacuated in a hasty and disorganized way and, most of all, far too late. Nowadays, the town stands as it was left at the time, in a way reminiscent of Pompei.

The main protagonists are Valery Legasov (Jared Harris), a Russian nuclear scientist who was an expert on the RBMK reactors, Boris Shcherbina (Stellan Skarsgård), a career politician and senior member of the Kremlin and Ulana Khomyuk (Emily Watson), a Ukrainian nuclear scientist who joined the other two, trying to limit as far as it was possible the terrifying effects of the explosion. All performances are top-notch with Skarsgård delivering one of his best acting achievements ever in the television. The photography of the series stands a level -or two- above anything I've seen on TV shows so far, and the viewer feels like inhabiting the horror of the setting. The series was shot mainly in Lithuania to the decommissioned power plant Ignalina which bears resemblance to the Chernobyl plant. The representation of life in the 80s in the Soviet environment is so realistic that we can almost experience it ourselves.

I read on some of the - generally raving- reviews that a small part of the audience found the ending to be a bit underwhelming, but I think that it was the most suitable finale in this bleak, tragic story. The courtroom scene explains everything even to the most ignorant viewer while it offers some a sense of justice. The open declaration of the truth by Valery Legasov, that finally leads to his demise some months later, is the best conclusion that one can imagine for a show of this stature and I cannot think of something more appropriate.

Chernobyl is a show that you will never forget. The first episode, which is perhaps the best of the show, is genuinely horrifying and the sequence with the two scientists hovering above the exposed reactor is destined to haunt you forever. Sometimes the reality is more petrifying than the most well-crafted horror fiction stories. Do yourselves a favor and indulge in this five-hour trip that will leave you numb and full of contradicting feelings. This is a solid 10/10. 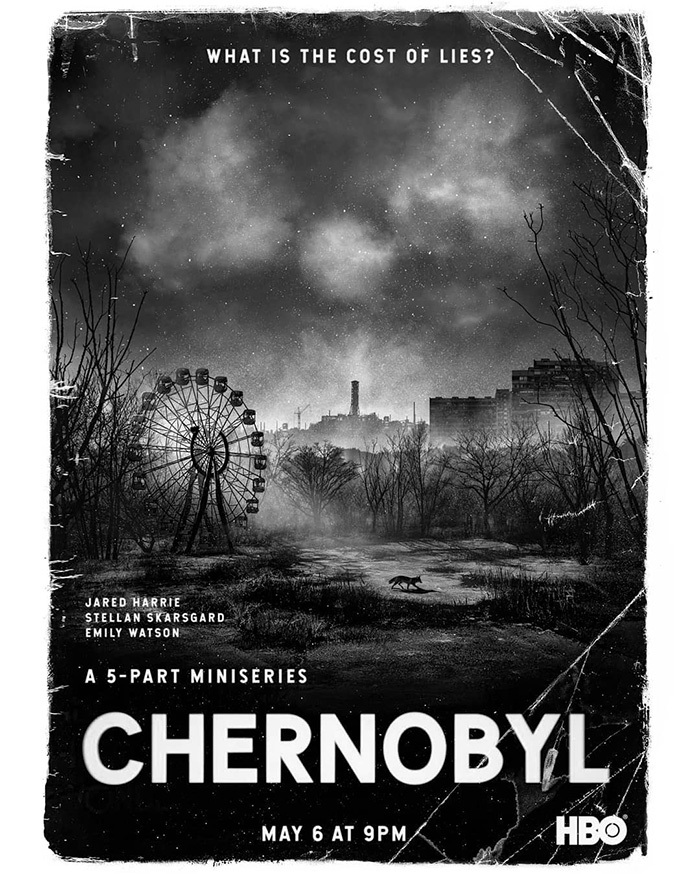