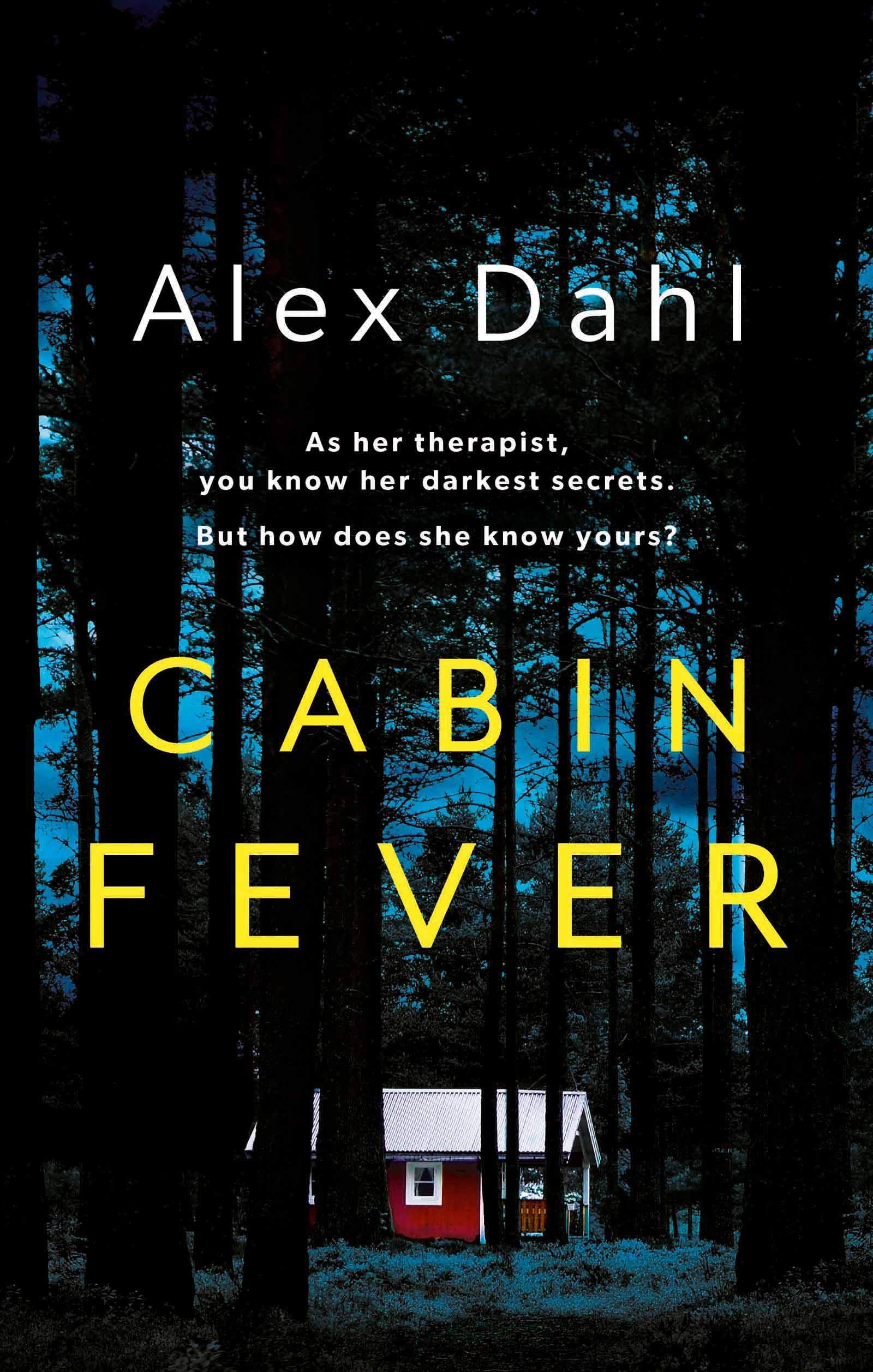 We first met Alex Dahl in her 2018 debut novel, The Boy at the Door, and we have been instantly fascinated by the tormented, troubled female protagonists, the multiple perspective narrative, the well-rounded plotlines and the many twists that the book entailed. The author's following two writing attempts, The Heart Keeper and Playdate established her reputation as one of the most noteworthy new voices in Norwegian crime fiction. In her latest novel, Cabin Fever, Dahl adopts similar plot tropes and narrative techniques, though this time the atmosphere is heavily tense and claustrophobic as the major part of the story unfolds in the limited confines of a secluded cabin somewhere deep in the Norwegian forests. In the center of the novel lies the complex relationship between the two distressed main characters, Dr. Kristina Moss, a celebrated psychotherapist and respected scientist and her client Leah Iverson, a popular author who attracted international attention with her work of autofiction, inspired by the book series written by Karl Ove Knausgård. Dahl employs the stellar metaphor of a Supernova , the astronomical event that occurs when two stars collide in deep space resulting in the destruction of both in a spectacular thermonuclear explosion, to describe the effects of the liaison between the two women and as the story unravels, the reader has the opportunity to witness the horrible consequences of obsession and mental illness. Kristina and Leah are protagonists who are filled with secrets from their past and even though the former has seemingly found a way to deal with her traumatic past, they both struggle to achieve an equilibrium in their lives.

Kristina Moss is a successful psychologist and psychotherapist who treats many clients daily and succeeds in winning them over by expressing empathy and lack of judgment on their feelings and deeds. She is married to Eirik, a politician who is soon going to be the prime minister of Norway, thus their relationship is a highly demanding one as the two of them have to keep up appearances in order to conform to the norms dictated by the people and mass media. Kristina had suffered a profoundly traumatic experience when she was young that led to memory problems for her and a difficult life for her best friend, Elisabeth, who delved into the murky waters of heroin addiction as a direct consequence of her shared dreadful experience with Kristina. Kristina tried to stay close to Elisabeth and held her hand through the tough stages of detox and rehabilitation, but it is evident that their relationship strained under the weight of untold secrets and tragically ended with Elisabeth's suicide that took place in Kristina and Eirik's own house. In the first pages of the book, we follow Kristina's narration and we witness her struggle to overcome the conflicting emotions that have been brought up by her best friend's suicide while at the same time trying to solve the riddle of Leah's alarming behavior that adds to her overall stress.

Leah Iverson is a woman who became famous with her bestseller book Nobody, an account of her broken relationship with her boyfriend Anton who used to abuse her physically and mentally. Leah found solace in her therapeutic sessions with Kristina and seems to hold her in great respect as she feels that their interactions helped her to get closer to her own feelings and confront the source of her distress. Nevertheless, when one day Leah shows up in Kristina's office battered and bruised and tells her that she has to come to her cabin in the woods of Telemark in order to reveal to her the truth, Kristina feels baffled and doesn't know how to respond to her favorite client's rambling. In the following days, Kristina can't shake off the feeling that something truly bad happened to Leah as she can't communicate with her in any way. Thus, she decides to visit Leah's remote cabin by herself and when she gets there she finds the cabin empty and a MacBook containing a manuscript, titled "Supernova". As Kristina starts to read, she realizes that her life will never be the same again as the protagonist in Leah's work is no other than herself.

Even from the first pages of the novel, it is evident that we shouldn't rely on the -many- narrators' account of the story as there are multiple signs that they harbour dark secrets that the author reveals in an even tempo as the plot moves forward. The emphasis is once again on the characters and the plot twists emerge from the reading of Leah's manuscript that gradually upends everything we think we know about the protagonists. Cabin Fever is a daring psychological thriller that relies on its extended descriptive parts while the dialogue is minimal and non-consequential. Dahl knows how to create a fitting suspenseful atmosphere that oozes eeriness and gradually escalates until it reaches a superb climax in the final part of the novel. The final twists are unexpected and effective while they provide the most appropriate ending to this bleak story that captivates and enthralls the reader throughout the book's nearly 350 pages. Even though the main characters are not entirely good or bad, they are very relatable as the vast majority of humans inhabit the grey areas of the moral spectrum and the author seems to be well aware of that fact.

In my opinion, this is Alex Dahl's best novel to date and even though I've enjoyed immensely her previous work, I think that this is her most mature and complete thriller yet. I was lucky enough to be granted exclusive access to this title by the publisher through Netgalley. It was my honor to read and review such a sublime work of fiction and I firmly believe that the author's name will soon become one of the most prominent ones in the so-called Nordic noir genre. If you like the work of writers such as Gillian Flynn, Lisa Unger, and Liz Nugent, then you will be definitely entertained by this book. Thank you Alex!