A remarkable fictionalized account of the last death penalty carried out in Iceland. 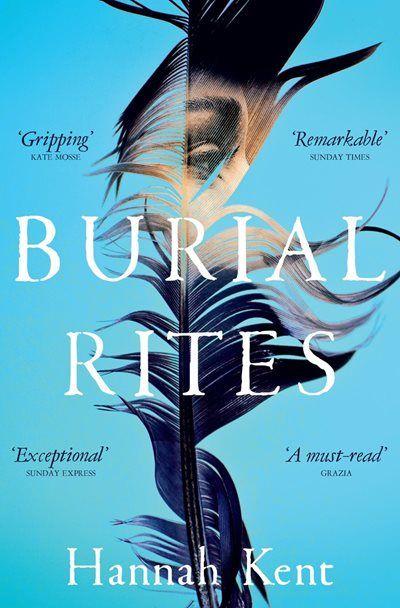 This is, hands down, the best novel I've read in 2018 and one of the best examples of how to merge an essentially pure crime storyline with literary and historical fiction, biography, ethnography, and ancient mythology. Burial Rites is a novel resistant to genre categorization and proves that the success of a book does not lie in the strict adoption of the genre's rules and limitations, but in the talent of the author itself.

Hannah Kent is a young Australian writer who lived in Northern Iceland for a short period in the past -as an exchange student- and fell in love with the country, its history, and people. Kent was especially attracted by the story of Agnes Magnúsdóttir, a young Icelandic woman who was sentenced to death in 1829 for murdering two men. As anyone can imagine, the book demanded a lot of research which Kent did on the spot, as she returned to Iceland to search for more information around the tragic event as well as to find the official documents of the trial and the correspondence between the people who were in charge of the execution. Thus at the beginning of each chapter, the author cites a document relevant to its content which helps the reader to grasp the general context and also reminds him that the story narrated in this novel is true. Of course, this is a dramatized account of the incidents that occurred between the sentencing and the execution of Agnes, with many fictional elements. In an interview that the author gave, she said the most suitable characterization for Burial Rites is a "speculative biography", a term that I believe captures the essence of this novel. It should be also mentioned that Kent wrote Burial Rites as a part of her Ph.D. thesis.

This is not a joyful story, but a rather distressing narration of Agnes last months, when she was sent to a local farm to spend her last living moments with the reluctant owners of the homestead, a family with two grown daughters, and the spiritual guidance of priest Tóti. As the plot begins to unfold we slowly learn the truth about what happened in the night of the murders. The story is narrated mainly by Agnes and Tóti and Kent's prose really shines with exquisite descriptive parts and inner monologues of the protagonist(s) which reveal the mental anguish and torment that they experienced. The reader becomes empathetic towards Agnes in spite of knowing that she was guilty of the terrible crime and that is a result of the author's masterful way of storytelling and depiction of the inner demons and forbidden thoughts of the protagonist which make her feel more familiar to us. In the end, we grieve for Agnes's death as we know the whole truth and the real motivation for the crime.

This is not a plot-based novel which relies on ingenious twists to keep alive the reader's interest, but a literary achievement where the beauty of language and the accurate representation of a distant past seize our imagination and keeps us turning the pages. I am certain that Hannah Kent is a name that we will hear more about her in the tears to come. I truly cannot recommend this book enough, it simply should be read by everyone.