Milestones of Nordic Noir: The Killing and The Bridge

If one wishes to trace the origins of the Nordic noir phenomenon in television, he ought to travel thirteen years backward in time to watch The Killing (original title: Forbrydelsen), created by Søren Sveistrup, who later wrote the best-selling crime novel, The Chestnut Man. Four years later, a Swedish-Danish collaboration gave birth to another notorious Scandinavian show, The Bridge (original title: Bron/Broen), written by Hans Rosenfeldt, who along with Michael Hjorth co-authored the popular Sebastian Bergman book series and Camilla Ahlgren. Both shows became immensely popular worldwide and they were remade in the United States for English-speaking audiences. It should also be stressed that this success was preceded by the publication of Stieg Larsson's Millenium trilogy which signified the beginning of Scandinavian crime fiction's rise on a global scale. Both The Killing and The Bridge adopted some of the traits that made this trilogy a must-read and led to its adaptation to an equally highly praised cinema movie series. The strong female lead, the multiple perspective narrative, the social criticism on a supposedly ideal welfare state, a particular sense of location are some of the trademark characteristics associated with later Nordic productions that were multiplied in the following decade. The element of social realism is deeply embedded in Scandi-crime as "regardless of the production model Scandinavian crime fiction is often claimed to be the vehicle for the urge to explore the relationship between crime and society in a modern welfare state". As far as the narrative structure is concerned, the abovementioned TV series followed the "Double-Storytelling" format which "allows the drama to weave a number of intricate narrative strands (often dealing with ethical, social and political issues) around a single mystery". In their article, titled "The Export of Nordic Stories: The International Success of Scandinavian TV Drama Series", Susanne Eichner and Lothar Mikos argue that there is a link between Double-Storytelling and social criticism as that particular narrative structure "refers to always telling stories that are not only entertaining but which also contain larger ethical and social connotations".

Through those innovative narrative tropes, a new philosophy emerges and DR producer Sven Clausen refers to it as "a theory of interdependence" which dictates that "every individual action will inevitably influence the whole community". We can see the way that other shows, often categorized under the general title, "Celtic Noir", including series such as Broadchurch, Shetland, and Hinterland, are influenced by that line of thinking: "Like Nordic noir then, Broadchurch employs its complex narrative structure to reveal the hidden connections that are at play in society, but hints that those connections may sometimes work on a level beyond any human rationality. As such it implicitly suggests that we are all part of a universal brotherhood, connected in ways that we may never fully know or understand". In Scandinavian crime fiction, a heinous crime is only the excuse for an in-depth analysis of the shortcomings of contemporary Nordic societies: "The central crime at the heart of each narrative is simply a motor that enables the whole narrative world to revolve (...) the murders represent social problems and the criminals symbolize the evils that threaten to destroy society (...) although the crime will eventually be solved, the moral, political and social problems that produced them are not. There are issues that audiences are left to consider long after the final, climactic episode has come to an end".

This is the absolute must for every Nordic Noir fan, as this series is rightfully considered to be a cornerstone of the genre. Forbrydelsen aired its first season in 2007 when the Scandinavian crime fiction was not as widely known and acclaimed as today and gained instant popularity both in Scandinavian countries as well as the U.K. audiences establishing many characteristics that later on would be imitated by a large number of authors from the northern European countries. The gloomy atmosphere, the socially awkward main protagonist-detective, the emphasis on the social and familial consequences of the crime, and the well-crafted plot and character development are some of those traits that the series introduced to mass audiences and managed to gain large popularity and almost legendary status among the crime television productions of both Europe and the U.S. note that an American remake was made starring the Swedish actor Joel Kinnaman and Mireille Enos, broadcasted by the AMC cable network in the U.S.

The central character of Sara Lund is one of the most peculiar, nevertheless interesting criminal investigators in the Copenhagen police force, who faces great difficulties in her interpersonal relationships, as her ''successor'' Saga Noren in Bron/Broen, but is absolutely devoted to each case which always becomes sort of personal for her. She is the archetypical Nordic detective-protagonist and "the understated color pallet, the lingering long shots, the floating camerawork and the quiet but unsettling soundtrack, all combine to express the deep loneliness and isolation at the heart of her dysfunctional personality". Sofie Gråbøl does a terrific job in portraying a difficult main character and she is surrounded by a bunch of great Danish actors such as Søren Malling, Lars Mikkelsen, Bjarne Henriksen, Nicolaj Kopernikus and many others.

The Killing adopted a three-plot narrative structure, mixing different genres such as the classical police procedural, the political drama, and the melodrama, with the story unfolding through three distinctive narrative strands. The first one focused on the police investigation led by Sarah Lund and her colleague Jan Meyer, the second zeroed in the political dimension of Nanna Birk Larsen's murder and the aspiring mayor of Copenhagen, Troels Hartman, while the third depicted the grieving process of the Birk Larsen's family. As far as the cinematography of the series is concerned, the show is enveloped in dark and grey tones, the city of Copenhagen is depicted most at night with rain falling, creating an overall suppressing to the viewer. Nevertheless, there is a glimmer of hope as Glenn Creeber mentions: "While The Killing's dark and gloomy aesthetics do suggest that something is indeed rotten in the state of Denmark, we also know that Sarah Lund will eventually shine her torch into the night and illuminate the darkness".

The only negative aspect in the series is the length of the first season (20 episodes of one hour each) which could be denser and more suspenseful, but seasons two and three are limited to ten episodes of one hour. Forbrydelsen is a tv series which should be watched, apart from the entertainment factor of course, due to the profound influence that it had on later television productions and its immediate connection to the Nordic Noir phenomenon and its rise as a separate genre.

I am writing this review after the last episode of the series (S04E08) was broadcasted and I would be insincere if I didn't admit my frustration with the series production who disappointed many of the devoted Bridge fans around the world with a mediocre fourth season which didn't live up to the viewer's -admittedly high- expectations. The averageness of the fourth and final season was amplified by the fact that the previous, third season of the series was hands-down the best of the whole series. Season 3 began with one of the two main protagonists of the story, Martin Rhode, a solid -as always- performance by Kim Bodnia, the Danish detective being wiped out from the series (rumors are that Bodnia disagreed with the production, concerning the possible future of the character) and substituted by another Copenhagen detective Henrik Sabroe (Thure Lindhart is brilliant in this role) who has major traumatic events, related with the disappearance of his wife and two daughters, in his past which resulted in an addiction problem that he is painstakingly trying to hide from his co-workers and social circle. On the other hand, Saga is going to have to confront her own problems with her past which are rekindled when her estranged mother, whom Saga accuses of killing her little sister, appears and tries to reconnect with her. Annete Hill writes that the third season of the show is an "emotional rollercoaster for the character of Saga, mixing crime with melodrama".Those personal sub-stories are developing throughout the ten, one-hour episodes of the third season in the shadow of the main plotline which is centered around a string of grisly murders on both sides of the Swedish-Danish borders which share a common denominator. All victims seem to have one of their body organs taken, suggesting a symbolic meaning in the killing, and the wits of Saga and Henrik is going to be challenged by a devious but intelligent serial-killer whose real agenda is unclear till the last episodes."

The first two seasons follow a classical serial-killer plotline and in Season 1, a body cut in half is placed in the exact border between Denmark and Sweden, at the center of Øresund Bridge which links the cities of Copenhagen and Malmö. Thus, the case necessitates a joint investigation of the Danish and Swedish homicide units. During the first minutes of the first episode, we are introduced to the main characters, Saga Norén (Sofia Helin) and her Danish counterpart, Martin Rhode, and we instantly become aware of their dissimilitude. As Glen Creeber writes there is "a reversal of masculine and feminine stereotypes, complicating the role models for a female lead presented in previous crime series". Saga is socially withdrawn and unemotional while Martin is a warm-hearted, frivolous Dane who seems to always follow his heart in his personal and professional life. Their interactions are sometimes awkward and sometimes humorous, especially in the beginning. Nevertheless, as the plot unfolds, the two of them will be brought closer to each other as the murders they are investigating seem to have a motive that involves at least one of them personally. The second season begins one year after the events of the first that left Martin scarred for life. When a boat veers off its course and crashes into the Øresund Bridge, Saga finds a group of three Swedes and two Danes chained below deck, in a poor health condition. They are transferred to the hospital where they die after a few hours, infected with a deadly virus causing pneumonic plague. When a video with four individuals wearing animal masks claim the responsibility for the young men's deaths, the authorities suspect a case of eco-terrorism. Saga and Martin will reunite after twelve months and together they will have to race against time in order to deter a possible terrorist attack at the EU Conference, held in the city of Copenhagen.

Of course, as in every decent Scandi-Noir tv series, there are a lot of sub-plots and red-herrings as well as a large number of twists and turns to keep you glued to your seat. The Bridge is definitely a binge-worthy television series, and I think that along with Forbrydelsen and Bedrag consist the elite television products from Scandinavia. If you haven't seen any of the series seasons, I would recommend to start from the first one and keep on going with the second before viewing this one as many things that may seem unclear to someone who is watching the series for the first time will be explained and the viewer will feel more familiar with the great, three-dimensional main and secondary characters that make The Bridge and highly-entertaining crime-noir experience. It is especially recommended to the Nordic Noir genre fans and those who very much enjoyed the novels by Jo Nesbo, Lars Kepler, Jussi Adler-Olsen and Stefan Ahnhem, to mention just a few. 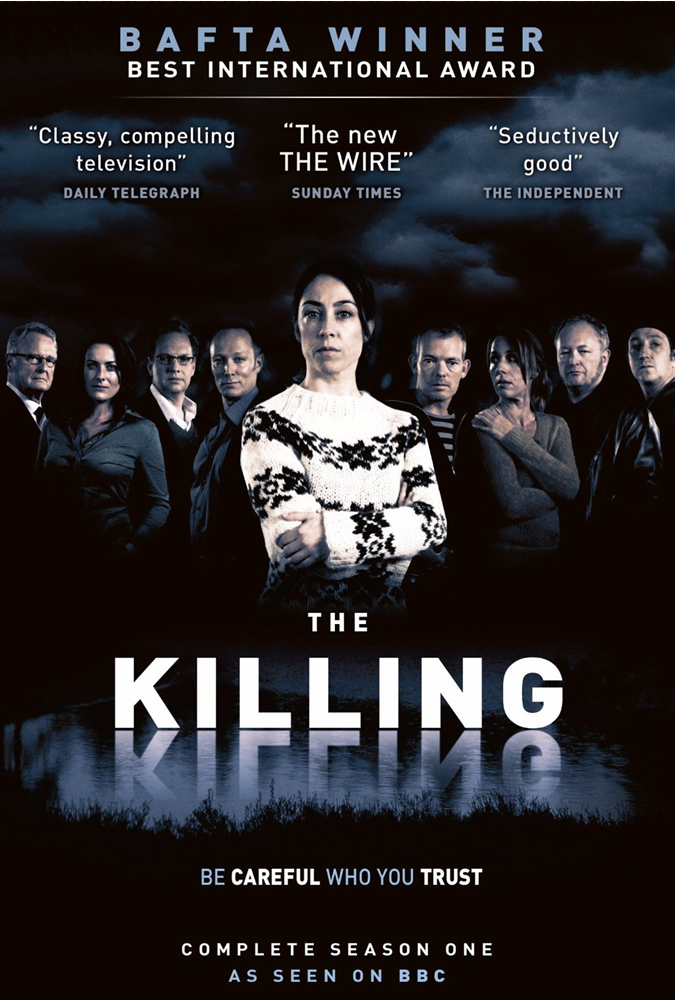 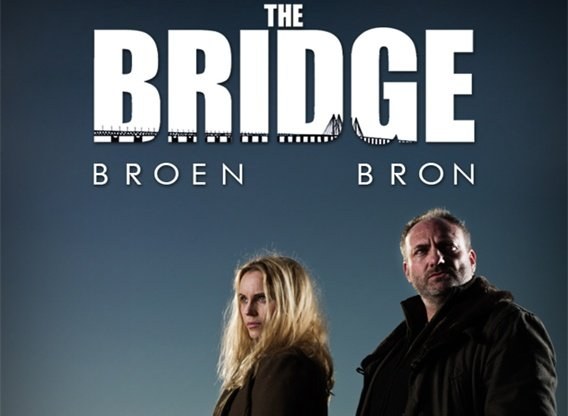