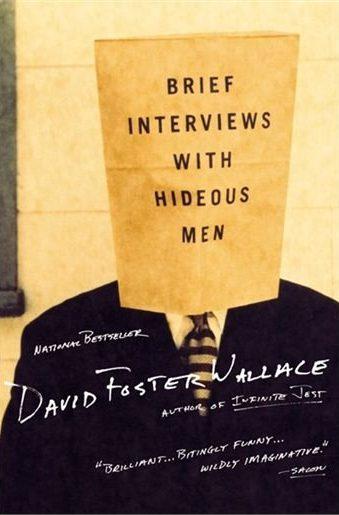 David Foster Wallace is an author who is praised as one of the most talented of his generation in America and his most successful books like Infinite Jest and This is Water earned him a loyal audience among the literary fiction's most ardent devotees. His studies in philosophy influenced his body of work and for many critics, David Foster Wallace is considered to be one of the most prominent representatives of postmodernism, something that the author himself openly denied in an interview he gave to Charlie Rose in 1997 where he distinctively stated that postmodernism has "to a large extent run its course". Foster Wallace's work certainly shares some basic characteristics with the postmodern literary approach as the text is self-conscious, though it is obvious that he is longing to transcend the metafiction label and move on to something beyond that. His themes are, in their majority, associated with the omnipotence of media in contemporary societies and its cataclysmic consequences for interpersonal communication and individual growth.

Brief Interviews with Hideous Men is a collection of several short stories with a few of them being only four or five pages long. The core of the book though consists of the titular Interviews which cover three separate chapters and these stories along with a couple of others such as "The Depressed Person" and "Suicide as a Sort of Present", together comprise the best stories in this collection. Men are in the spotlight as all the interviewees are male and every one of them narrates in a long and unremitting monologue their dysfunctional relationships with women. Some of the narration is somehow funny, others somber and depressing while a few are borderline grotesque. Foster Wallace's prose is exemplary here as he follows the stream of conscientiousness of his shady, manipulative, and egocentric characters who all fail to ascribe some of the most elemental human qualities to the women they relate to, thus often resulting in disaster. I read in a lot of online reviews on this book that blamed the author for misogynism which is simply not true. It is not Wallace who is a misogynist. His -fictional- characters are.

Some may find the text overly pessimistic, even misanthropic as it portrays some of the most despised human character traits and behavior as dominant, denying any redeeming quality that might offer a glimpse of hope to the reader. This is a book destined for the eager, attentive reader who is still sensitive to his environment and is not corrupted by the information overload of the digital era. Foster Wallace attempts to delve into some of the most crucial philosophical questions of all time regarding human nature, the problem of interpersonal communication, mental illness, and above all the relationship between men and women which are on the epicenter of this short story collection. Those who have a background in philosophy and social sciences will perhaps be able to appreciate more Brief Interviews With Hideous Men, and the same can be said about all experienced literary fiction readers. It is not an easy book to read and some of the stories I found even to be somewhat disturbing but nobody can deny that they are food for thought. Moreover, the author's -many- aficionados who haven't already read this one should add this immediately to their libraries.

NOTE: There is also a cinema adaptation of the book under the same title, directed by John Krasinski, starring Timothy Hutton and Ben Shenkman. The movie was released in 2009, a year after David Foster Wallace's tragic suicide by hanging in his house (12th September of 2008).