The concluding chapter in the epoch-making Danish political drama.

It would be a huge omission on my part to let Borgen's fourth and final season, aired nearly a decade after the finale of the previous cycle (2013), slip into oblivion and deny the chance of expressing my thoughts on Denmark's prime political drama which has been sold to more than 70 countries in 5 continents and remains a landmark production in the Nordic television. Adam Price, the creator of this series and other popular shows like Ragnarok and Ride Upon the Storm, breathes life once again to a much beloved character, Birgitte Nyborg (Sidse Babett Knudsen), the woman whom we met in the first episodes of season 1 and watched her navigating through the country's tricky parliamentary dynamics, eventually becoming the Danish prime minister after making the right choices at the right time, always practicing diplomacy and avoiding overt conflict while taking advantage of the multiple choices provided by the nation's coalition governmental culture. In Borgen: Power & Glory, we also meet again several characters that appeared in the previous installments, the most prominent being Katrine Fønsmark (Birgitte Hjort Sørensen), the young journalist who has also been Birtgitte's right hand during the first episodes of the third season as one of the co-founders of Nyborg's newborn party, New Democrats, and Torben Friis (Søren Malling), head of the news section in TV1, one of Denmark's most popular television channels. Each one of the main protagonists stand at their own crossroad in life during the course of the fourth season and their arcs, which are meant to merge and intersect with one another, are, unevenly and inadequately with the exception of Birgitte, explored during this season's 8 episodes.

Before moving on with the show's analysis, Ι should clarify something vital pertaining to the question whether there may be another cycle in the future, a possibility that Price may have left open, but Babett Knudsen fervently denied by laconically stating in The Times of London: "No way. Birgitte is done". So, this season marks the show's swan song, and this is a reason on its own for you to watch it. The creators of the show changed tack as far as the storytelling format is concerned, thus in season 4 we follow a single storyline that overshadows other plot points which are developed in tandem with the main narrative. Borgen: Power & Glory revolves around the implications of the Greenlandic government's decision to extract oil on their ground even with Denmark remaining ambivalent toward such action and the superpowers preying like vultures on the weak Arctic country's national wealth. The various, minor in their significance, subplots offer temporary respite from the dense, rich plot that involves geopolitical, personal, governmental and other angles. The issue-of-the-week format that dominated the previous three seasons is gone for good and while, on one hand, this makes for a more concentrated and focused storytelling as well as a more pronounced, definite tone, the downside, on the other, is that the pitfalls of the overly-intricate plot, that exist even if they do not characterize this season as a whole, prove to be more detrimental for the production in its entirety if compared to the prior setup. The disparity in the choice of narrative form between the fourth season and the previous 3, however, and this is the most important part, doesn't invalidate Borgen's traditional trademark qualities in respect to the clarity in its visuals, the well-crafted dialogue, the impeccable performances by the lead actors, and the verisimilar representation of the current reality in the upper echelons of the Danish political scene. It should be noted that the English translation for Borgen is "the Castle", that is the nickname of the Danish Parliament which is the terrain in which the story's agents struggle against each other for the sole purpose of obtaining evermore power.

The story kickstarts in Greenland where a massive oil field is found, promising better days for the tormented citizens of the small, in population and not in size, country that crumbles under the weight of poverty, drug and alcohol addiction, frequent suicides, unemployment and a multitude of social plights. Birgitte Nyborg is the newly appointed Danish Foreign Minister, after several years serving in various stations around the world, in a cabinet of ministers comprised chiefly of women. Even from the first scenes of episode 1, we take a peek into the volatile equilibrium of power between Prime Minister Signe Kragh (Johanne Louise Schmidt) and Nyborg as the latter initially reacts negatively to the news from Greenland, staying true to her own beliefs and her party's programmatic declarations. Denmark's stated goal is to have achieved carbon neutrality by 2050, meaning putting an end in the country's oil dependency, thus forbidding Nyborg from agreeing to the oil extraction by the Greenlanders and their prospective counterparts. Nevertheless, Birgitte's initial aphoristic statements prompting everyone to keep a cool head and stay devoted to the ecological ideal, continuing to invest money and hopes in the field of renewable energy sources, infuriate Kragh who immediately asks Nyborg to refute her proclamations and make a sharp turn in favor of the extraction. With her position in the government seriously threatened and having no other viable option, Birgitte agrees, signaling the beginning of a wider geopolitical game involving some of the mightiest global superpowers such as the U. S., China, and Russia. At the same time, the Danish Foreign Minister's private life also unravels as her 21-year-old son, Magnus ((Lucas Lynggaard), a rebellious youngster and animal activist, becomes entangled in a sordid situation in the first episodes of the season, one that will cost to his mother's public image as well.

Birgitte Nyborg is the definite protagonist of the show, and it is through her eyes that we watch the, sometimes overly complicated, plot unfolding. However, substantial screen time is also given to the personal story of Katrine, who has been promoted as TV 1's new chef, replacing Torben Friis, the old fox whom we watched becoming a human wreck in the previous season after a nasty divorce that took his wife and kids away from him. Katrine's experience as a former active journalist is supposed to be proven helpful in her new vocation, however we watch her gradually turning to another sort of person, as if the power embedded in her new position instantly alters some deep-held beliefs that guided her decisions and actions in the series so far. This fact becomes apparent if we carefully observe Katrine's bumpy relationship with one of her employees, anchorwoman Narciza Aydin (Özlem Saglanmak), who tends to ignore Katrine's orders only to be -unjustly- fired by her new boss in an explosion of vindictiveness. Katrine's life partner is still Soren Ravn (Lars Mikkelsen), an economist and ex-communist whose influence on the show's plot proceedings is simply non-existent. Besides, the creators feature Ravn in only a handful of scenes, never allowing the character to become an integral part of the story's developments. Torben Friis's role is also minimized, and we only see him during staff conferences in the news station, mumbling some witty remarks based on his broad experience as the station's ex-chef. Kasper Juul, Birgitte's spin-doctor and trusted ally, a character so brilliantly realized and brought to screen by Pilou Asbæk, is absent in this installment and that is certainly a big loss for the show. The character's traumatic past and his complex relationship with Birgitte deem him one of the most engaging protagonists in Danish television productions of the past decade regardless of genre categorization.

Kasper's replacement is Asger (Mikkel Boe Folsgaard), the man sent in Greenland by Nyborg to lead the negotiations between Denmark and Greenland in order for a common ground to be found between the two countries whose history is a bitter one as Denmark has historically exercised an austere colonial policy over the isolated country with the lowest population density in the world. This tension frequently surfaces in the course of the negotiations and prompts the viewers to learn more about the subject. While Asger's character is not nearly as multi-dimensional as that of Juul's, Folsgaard does his best and in the final episode, when he shares some bitter remarks about his own life with the woman that he loved while being stationed in the Arctic, he actually manages to move the audience with his short spiel. Birgitte Nyborg's arc is the leading one, as we've already mentioned, though her character, while retaining some of the trait characteristics attributed to her during the previous 3 seasons, undergoes some major changes. The always composed, politically correct and well-polished attitude has given its place to an unstable mix of fear and insecurity, predominantly triggered by her persistence to keep her position as Foreign Minister regardless of the many compromises that she has to make, some of them major ones such as the U-turn in her stance toward the issue of sanctioning the oil extraction in the first two episodes. This is not the Birgitte as we met her while being Prime Minister or leader of a newfound political party. That Birgitte would never even consider renouncing her ideals regarding ecology, welfare policies, and burning social issues. It seems that finally the thirst for gaining more power also inflicted a person who may be pure at heart, but eventually didn't manage to elude the consequences of holding positions of great authority. I read some criticism around the web about the ending of the season, with some finding it lackluster or not making much sense based on the characterization as introduced so far by the -many- directors and screenwriters of Borgen. I stand somewhere in the middle as I believe that perhaps there could be a more consistent finale, especially since it marks the end of the show as a whole. Nevertheless, I wouldn't label it as a letdown as it is a bit unforeseen and restores some sense in terms of the basic outline of the main characters and the nature of their personal mentality as perceived by the viewers so far.

There are many interesting facts about Borgen as it always happens with pioneering works of art. The show's depiction of the struggles of a female Prime Minister foreshadowed the real election of Helle Thorning-Schmidt as Denmark's first female Prime Minister for a duration of four years (2011-2015). Thorning-Schmidt was a fan of the show and has stated that ""I've made a point of not watching Sidse Babett Knudsen too closely just to make sure I'm not too influenced by her. If anything, it sometimes feels more as if life is imitating art." Newsweek magazine described the production as "the best TV show you have never seen". Adam Price was awarded with the BAFTA Award for Best International Drama (2010) and The Golden Nymph (Monte Carlo TV-Festival) for Best European Drama Series. In the same festival, Sidse Babett Knudsen won an award in the category of Outstanding Actress in a Drama Series in 2011. This is a show that will be certainly deemed a classic in the future and constitutes a milestone for the genre of political drama in a global scale. Borgen's technical and artistic mastery will also be commemorated for a long time, so don't miss the chance to watch the denouement of Birgitte Nyborg's saga. 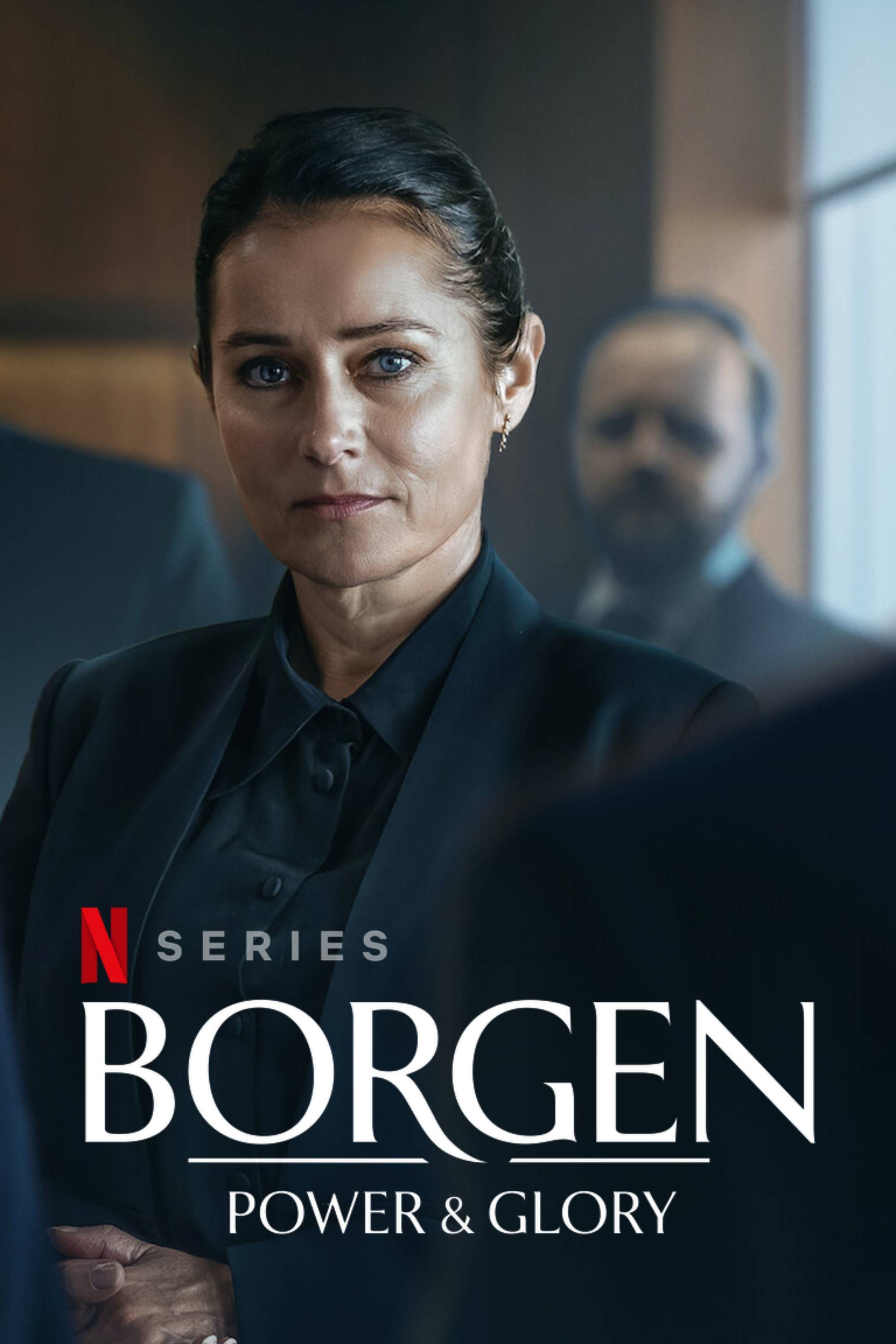