Fans of Nordic crime dramas met Kari Sorjonen, a highly intuitive, though borderline antisocial, detective in the acclaimed TV series Bordertown, a show that has aired three seasons so far and has been hailed as one of the prime Finnish television exports. The setting of the series is the small town of Lappeenranta near the Russian border and Sorjonen is the lead Inspector in the local Serious Crime Unit dealing with a variety of offenses, from abduction to murder. Ville Virtanen, the actor who embodied Kari gave a fastidious portrayal of a charismatic police officer who nevertheless seems to lose his communication skills when it comes to his wife and daughter. Sorjonen is married to his job and this causes a certain amount of friction among his beloved ones who always complain about his absence from the tough family decisions. His relationship with his daughter, Janina, is explored thoroughly through the course of the show and the audience gets to know more dimensions of the characters' temperament as the seasons succeed one another.

The Mural Murders is a spin-off movie featuring the same protagonists and a disturbing plotline. You should keep in mind that it will be harder to watch and fully grasp the story and the characters' complex relationships if you haven't watched the series, but, of course, this is a standalone movie with a separate storyline and it can be relished even by those who are oblivious of the show. The movie replicates the dark mood and somber tone of the series as it is evident in the majority of the sequences shot at nighttime or in enclosed spaces while the director, Juuso Syrjä, remains loyal to the nature of Sorjonen's character as we learned and loved him through the show. Other crucial characters such as Lena, Katia, and Janina play a significant part in the evolution and conclusion of the morbid story and there is also the return of Kari's arch-nemesis, Lasse Maasalo, who was apprehended at the end of season 3 after a deadly battle of wits between the detective and the serial killer.

The beginning of the movie finds Kari confined in a mental institution for reasons unknown to the audience. His disheveled physical appearance parallels the chaos in his mind and makes us feel almost sorry for him. Nevertheless, he will be drawn again in an active police investigation when a mural with convicted killer Lasse Maasalo's face and the quote "Let's make the world a better place" appears in an underpass. The words are painted with blood and soon the investigating team realizes that a serial killer is on the loose, an individual who targets various kind of offenders in order to cleanse the society. The press nicknames the perpetrator as the "Judge" and there seems to be a strong connection between him and Maasalo who is incarcerated in a prison somewhere in Finland. Kari will have to enlist the help of Lena and Janina who will try to get to the bottom of the case as it seems that Lena's daughter, Katia, is in imminent danger.

The plot is intriguing enough to keep you attentive and alert throughout the movie's runtime even though the pacing is a bit slow, especially during the first half. After the first thirty minutes, Kari returns to his normal, Sherlockian outfit and manages to pinpoint the culprit through meditation and instinctive deductions that never fail him. The screenwriters, Miikko Oikkonen and Antti Pesonen, attempt to mislead the audience near the finale and just for a shocking moment we are led to believe that one of the most solid characters in the saga may be the killer. There are enough twists and turns in the story to keep you grounded while the dialogue is exemplary crafted and bearing no resemblance to the generic chatter that we encounter in the films of the genre. The performances are convincing with Virtanen leading the cast and Sampo Sarkola stealing the thunder with his haunting portrayal of the absolute villain, Lasse Maasalo. Olivia Ainali and Lenita Susi shine due to their celestial looks and Anu Sinisalo offers a genuine, realistic feeling to the character of Lena.

I feel that those who watch the film first will be tempted to check out the show as the main merits that made Bordertown one of the most renowned Nordic crime series are also present here. The intricate bonds that bind together the main characters are worthy of your time and scrutiny and I wholeheartedly recommend this series to all those who love dark, moody crime dramas featuring compelling characters and sophisticated scripts. I don't know if there is a fourth season planned to air, but I definitely hope that there will be more of this grandiose visual dive into the life and times of Kari and his team. The Mural Murders is equivalent to the show in terms of quality and production values and the experiment can be deemed as a success. If you are into Nordic noir, it is imperative that you see it as soon as possible, but even if you are not, I think that it is worth a shot. 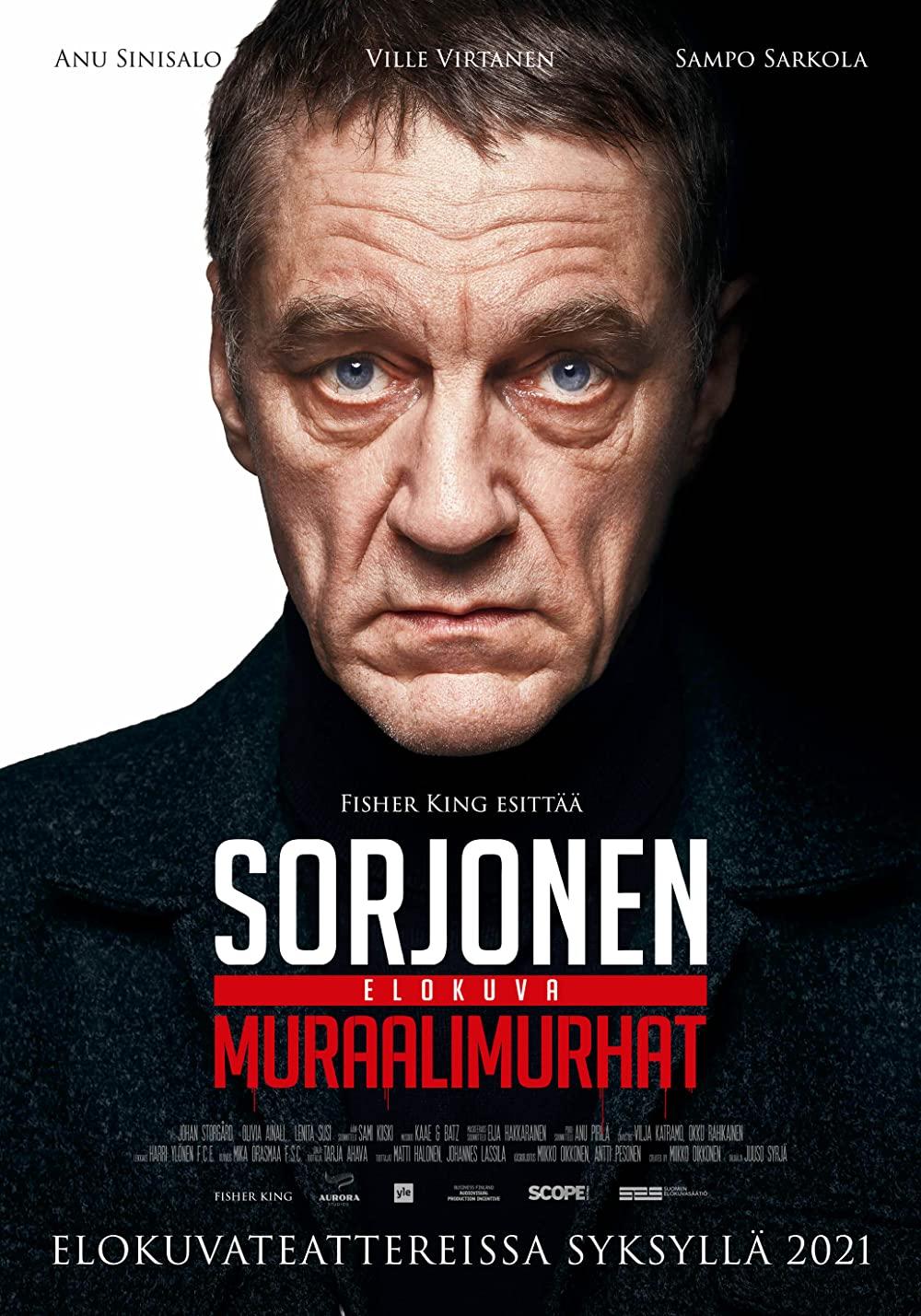