Blood is a crime film directed by Nick Murphy (The Awakening, The Secret) that is lucky enough to cast some of the best British actors like Brian Cox, Paul Bettany, and Stephen Graham. The story is about two siblings, Joe (P. Bettany) and Chrissie (S. Graham), both police officers working cases together and with a father (B. Cox) that has also been a cop in the previous years and is now retired and mentally disabled. When the body of a young girl is found the brothers will zero in one suspect, Jason Buliegh (Ben Crompton), that seems very likely to be the culprit of this gruesome crime. They interrogate him but they are forced to release him due to the lack of enough evidence to charge him. Joe is certain for Buliegh's guilt so he along with Chrissie abduct Jason to make him confess the murder. Things get out of hand and Joe kills Jason by hitting him in the head with a shovel.

After that, the audience watches the gradual crumbling of both Joe and Chrissie, each one struggling to accept their terrible deed and fight their inevitable feelings of guilt. This will worsen further when they realize that they blamed the wrong man and that Buliegh was innocent of the girl's homicide. Blood works fine as a psychography of the two protagonists and it is more of a family drama than a veritable crime film. Of course, there is a plot, that involves one of the siblings' colleague, Robert (Mark Strong), suspecting Joe and setting out to find the truth behind Buliegh's sudden disappearance. Strong does also a fine job in a secondary role, playing Robert with a subtlety that makes the character likable.

Joe played magnificently by Bettany, is portrayed as the more cynic of the two, maybe because he has more to lose than Chrissie, being a husband and a father of a teenage girl. Chrissie, on the other hand, exhibits a more volatile behavior always appearing to be just one step from completely breaking down and confessing the crime. The family dynamics, involving Joe, Chrissie, and their demented father is the sole focus of the director, so do not expect a highly suspenseful crime/thriller. Nevertheless, the suspense is kept alive throughout the movie's running time, though in a low-intensity level. The finale is sad, though fitting the film's overall mood and character. The chance of redemption is dying out once and for all for Joe.who is brave enough though to finally confess his misdeed to save his father. If you enjoy films that center around similar themes, I believe that Blood will appeal to you. If not, better skip it. 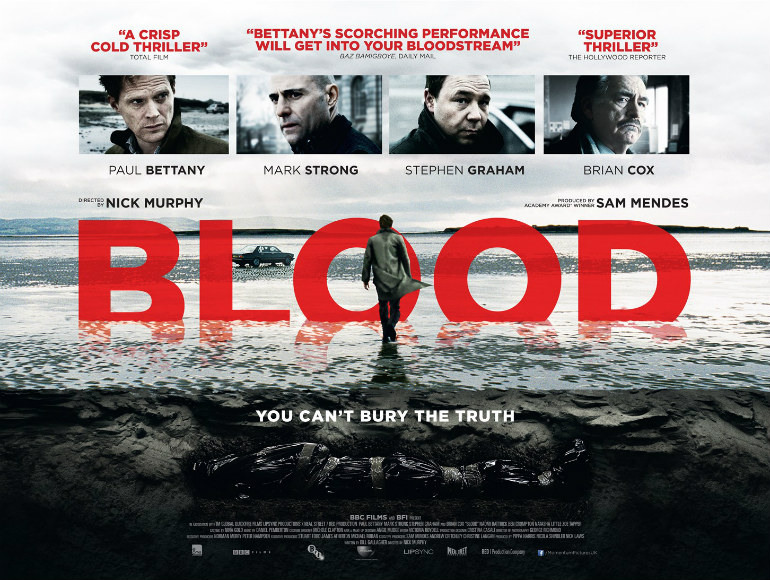